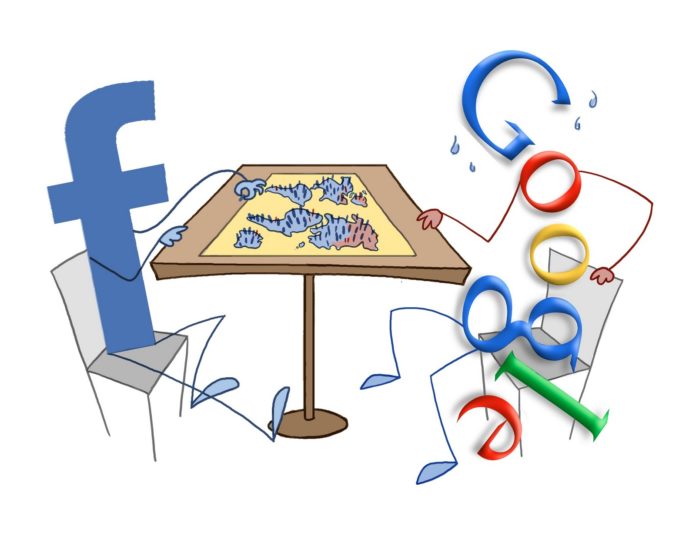 The growth of Facebook has had a huge impact on our lives. The application changed the way we connected with our family and kept in touch with our friends. But more importantly, it got us to spend a lot more time online. Facebook’s growth, however, has not only impacted its users, but it is getting to the point where can have a huge effect on other companies as well. And the company that is directly in its line of fire is Google, now part of the parent company Alphabet.

Facebook and Alphabet are extremely different from each other, but in a lot of ways they are very similar as well. On the one side is Facebook, a social media platform, and on the other is Google, primarily a search provider. But both of them make money the same way, by offering online real estate to advertisers.

When Facebook started out there were a lot of skeptics who didn’t believe that the company would ever make money. No social media company had managed to be profitable before, and even their peer company Twitter is still struggling to makes ends meet. But Facebook proved its detractors wrong by not only adding users in the millions every year, but also by posting record sales and profit growth year after year.

Facebook’s annual revenue has grown from $3.7 billion in 2011 to $17.92 billion in 2015. They have more than quadrupled their revenue in a short span of four years.  It’s clear that advertisers have flocked to the platform during that time, and Chief Operating Officer Sheryl Sandberg recently announced that they have 4 million advertisers on their platform. 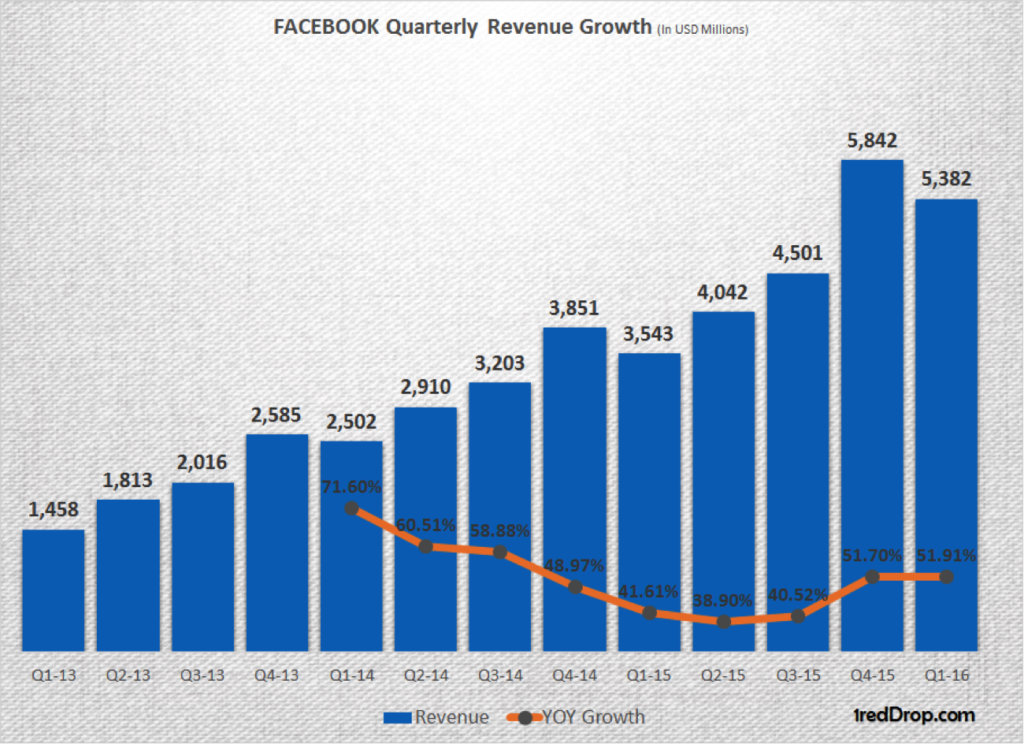 Before Facebook came into the picture, there was only one company of scale and size for online advertising, and that was Google, long before the formation of Alphabet. Advertising revenue is Google’s bread and butter; the bulk of their $74.9 billion annual revenues in 2015 came from advertising. Google does have the world’s leading mobile operating system Android, the Chrome browser and ChromeOS, robust productivity apps and a small but growing cloud business as well. And of course, there’s YouTube.

But search engine/online advertising is at the core of Google’s revenue stream, and everything that the company has done so far has had one objective in mind – to drive traffic towards the search engine and sell advertising spots on search pages and partner sites. As the world’s leading search engine Google played to its strengths and kept building an ecosystem that will allow its search engine to thrive. But all of that leads back to advertising dollars, without which Google would now be the biggest and “brokest” search engine company in the world.

Why the Tough Competition in the Online Advertising Space? 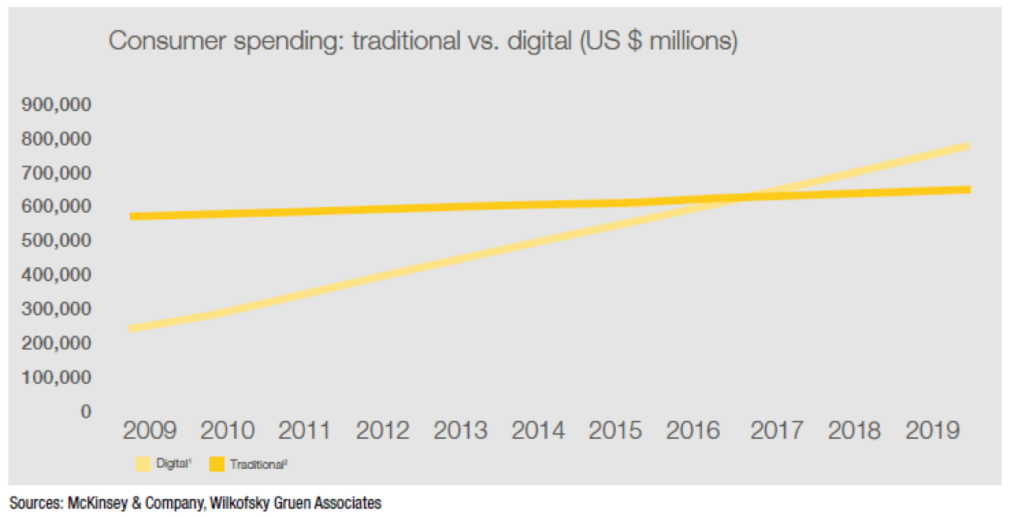 Of that 700+ billion being spent every year, more than 20% goes towards digital advertising, and it’s showing a 12.7% growth rate per year until 2019.

So both Facebook and Google take different routes to get a share of those global online advertising dollars, but the problem is that the total amount of money for advertising in a given year is a finite figure. A few years ago it was Google versus all other online ad companies. Today, it’s become Google, Facebook and then the rest, and Verizon is coming in hot with their recent acquisitions that include AOL’s assets like HuffPost and TechCrunch, as well as Yahoo, whose core assets the company has agreed to buy for something in the neighborhood of $4.8 billion. That’s a nice neighborhood, let me tell you!

Over the coming days, we’ll get deeper into this discussion and start to break down the various elements of Facebook’s growth and rivalry with Google, and Verizon’s emergence as a content juggernaut with AOL’s powerful programmatic ad platforms running in the background. The important thing to remember is that video now plays a huge role in the advertising space, and we’ll explore that in greater detail in subsequent pieces as well.