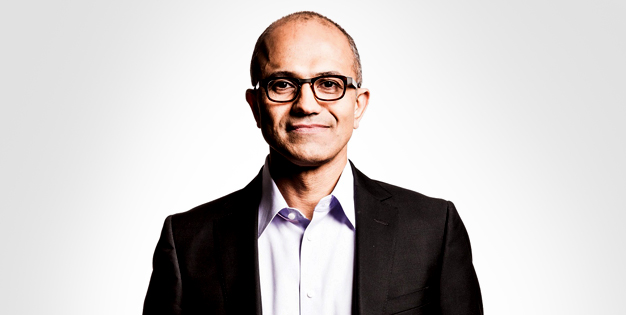 Microsoft reported first quarter earnings (2017) results yesterday October 20th after the market’s close, results that signalled that the company has finally reached an inflection point in their business lines. In the last several quarters Microsoft’s Windows-based revenues streams were declining, while revenues from cloud-based products and Office productivity applications were growing.

Microsoft’s revenues decline from Windows was so high that increasing revenues from other segments, until now, could not compensate for them. During the first quarter of the current fiscal that transformation has finally happened. Microsoft reported total revenues of $20.453 billion in the first quarter compared to $20.379 billion last year. Though the year over year growth looks small, it is still a significant moment for Microsoft, which has depended on Windows revenues for several decades. 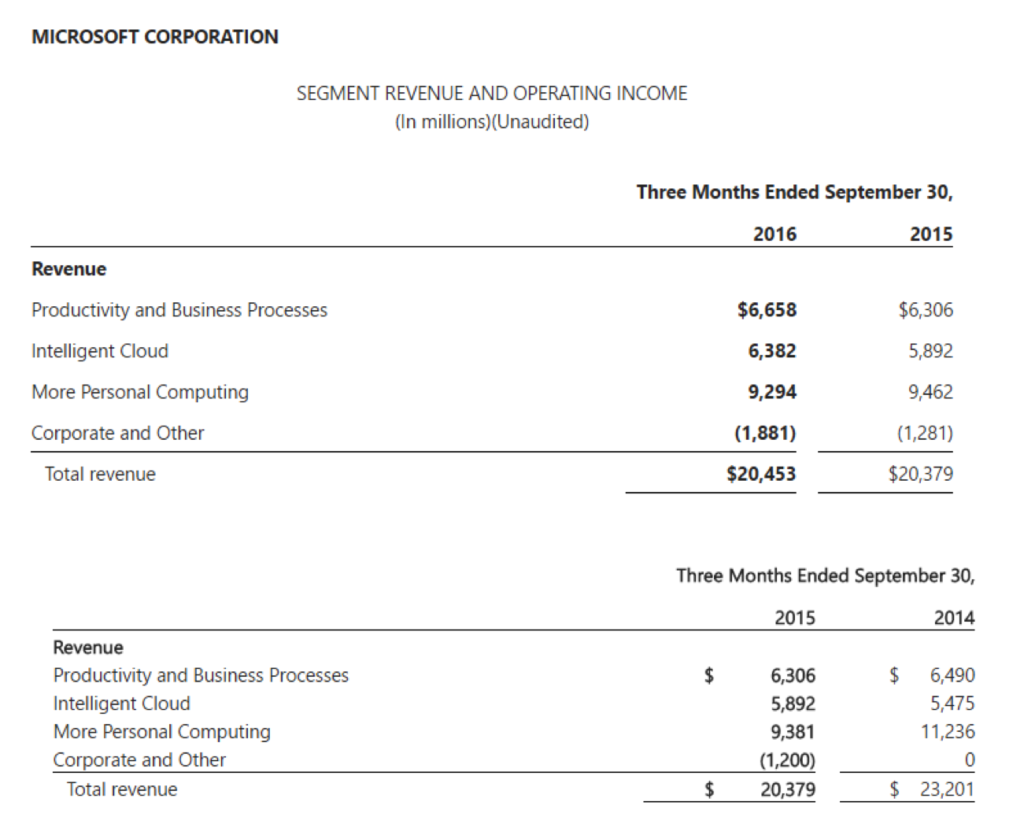 Commercial Cloud annualized revenue has now hit a run rate (last month of the quarter multiplied by 12 months) exceeded $13 billion, and the growth has been really strong. In the first quarter of last year commercial cloud annualized revenue exceeded $8.2 billion. So in the last twelve months, revenue from cloud-based businesses has grown from $2.05 billion per quarter to $3.25 billion.

Office productivity applications have been on fire for the company for the last several quarters, and the trend has continued, with Microsoft adding approximately 5.8 million subscribers in the last twelve months to take total Office 365 consumer subscribers to 24 million from the 18.2 million the company had by the end of first quarter 2016. Office 365 posted a revenue growth of nearly 54% in constant currency, while Azure revenue more than doubled year over year, growing by 121% in constant currency.

As such, it would seem that Microsoft has crossed a major milestone in its journey back to positive revenue growth. However, considering the fact that new revenue streams have started to offset older ones and are growing at healthy double- and triple-digit rates, the company may well be clear of the weight of its legacy business.

From their Q1-17 earnings press release: “Windows OEM revenue was flat year-over-year (flat in constant currency), slightly ahead of the PC market”

At this point, unless PC shipments show a sharp drop during Q2-17, it’s safe to say that Microsoft has successfully transformed itself from a Windows-based business to the cloud-based mobility enabler that Nadella wanted it to become.

Thanks for reading our work! Please bookmark 1redDrop.com to keep tabs on the hottest, most happening tech and business news from around the world. On Apple News, please favorite the 1redDrop channel to add us to your daily feed.