In the first two parts of the Apple Pay series (Part 1 | Part 2), I detailed the reasons and factors that influenced Apple’s decision to get into the digital wallet market. In this article, we will look at the market’s landscape, as well as trends that are playing a major role in the industry’s growth.

The first catalyst for mobile wallet growth is obviously the growth of smartphones. The internet has been around for a while now, and in most of the developed market’s internet penetration has raced past 80%. The global e-commerce market was already worth $22 trillion in 2015, with the business to consumer (B2C) segment accounting for nearly 10% of that. 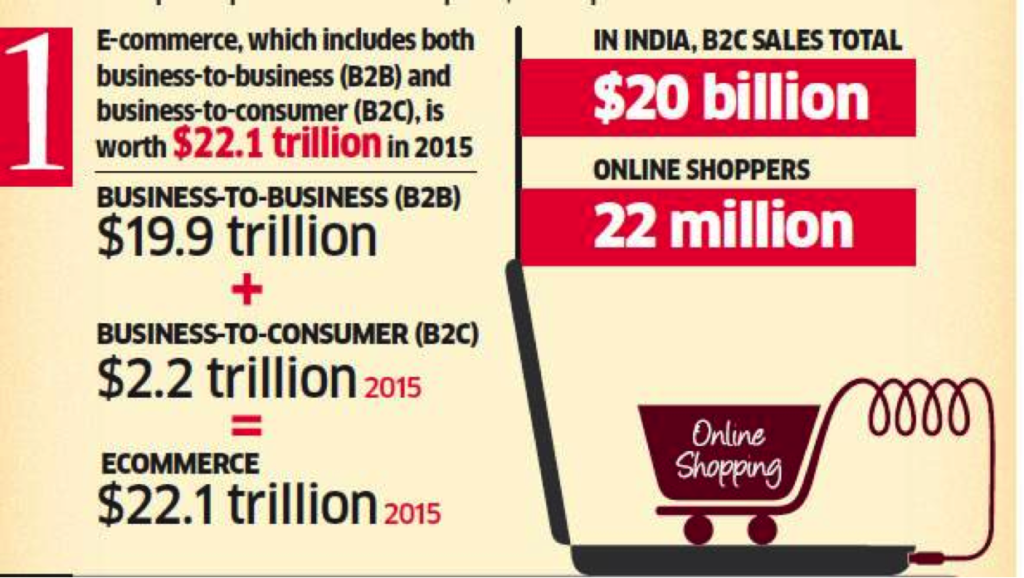 Twenty years ago, or even ten years ago for that matter, not many of us were used to making payments over the internet. Today, that situation has dramatically changed. $22 trillion is a big number, more than the GDP of China, the European Union or the United States. And that change is here to stay.

As the medium for payment changes from in-person to via-internet, we have been predominantly using web interfaces to get that done. That’s because before Apple revolutionized the mobile phone and actually made it “smart”, not many mobile phones even had an internet connection. We only used them to call other people. Today we call them feature-phones – or even “dumbphones” – but that’s what we mostly had.

iPhones were instrumental in changing that, and mobile devices have now become our primary link with the online world. Now, as we spend more time online on mobile devices like smartphones and tablets, it naturally reduces the time we spend using PC’s, which, in turn, will obviously increase the odds of payment transactions happening through mobile devices. Mobile applications – mobile apps – also played a huge role in that transition because they enabled various types of secure transactions and made it more comfortable for us to pay online.

But the transition isn’t fully complete. The first reason is that the technology backbone wasn’t prominent before Apple Pay came into the picture, and that was almost exactly two years ago on October 20, 2014.  SInce then, Google and Samsung have jumped in, and PayPal has been slowly chipping away at it for the past few years.

It is only now that the tech giants are in the game, and various parts of the technology are still in the early stages of adoption.

According to Adyen, a payment technology company, in Q4-2015, 34% of browser-based online transactions globally were made on a mobile device, compared to just over 30% in the same quarter of the previous year. That means nearly two-thirds of online payments are still being transacted through non-mobile devices, which is not really a surprise as most of us still prefer web payments for the really important stuff.

The second reason is that smartphones are not foolproof. What if your battery runs out when you’re at the store and want to process an Apple Pay transaction? It won’t matter that the retailer has the latest point-of-sale (POS) terminal with EMV and Near-Field Communication (NFC) technology if you’re phone is dead. There are several such scenarios around security and usage that still limit the full transition into mobile payments.

As such, mobile wallets and digital wallets are the best way for tech companies to get us to pay using our smartphones, but they have to start making it worth our while. Apple Pay is evolving, as are other digital wallet offerings like Samsung Pay and Android Pay, but these companies still need time to really take things to the next level. The technology has to mature, merchants have to get on board the way they got onto the plastic card bandwagon, devices need to be better and more reliable, mobile phone security needs to be more robust and dependable, and so on.

That’s the only way the user base will continue to grow for Apple, Google, Samsung, PayPal and other companies in this space.