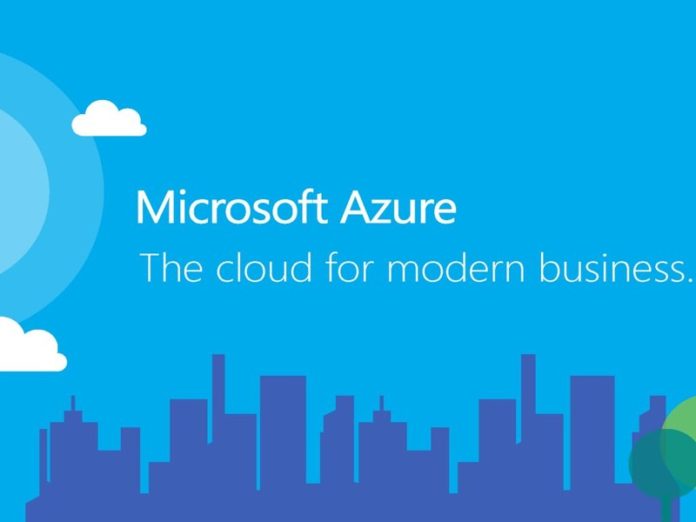 Microsoft Azure has been growing at a phenomenal rate, doubling its numbers every quarter on a year-over-year basis.

In the last two years Microsoft has aggressively transformed itself into an enterprise services company, building an array of products that are now sold on a SaaS basis instead of under the age-old licensing model.

There are two key underlying applications on top which Microsoft has been building this capability: Cloud and Office Productivity.

Microsoft Azure, the company’s Infrastructure-as-a-Service offering, directly competes with Amazon, IBM, Oracle and Google. Though the last three of those are also in the cloud race, the real fight in the IaaS segment has so far between Amazon and Microsoft as they keep pushing each other to greater heights.

IBM has gone after the hybrid cloud model, targeting large scale enterprises that find it difficult to move things to the cloud. Oracle’s recent quarterly statement shows that the company is yet to cross $200 million in revenues from the cloud infrastructure segment. And Google hasn’t yet reached a stage where it is ready to disclose the numbers, which means it is not significant enough and it might be another year or two before Google gets its cloud infrastructure business into shape.

That leaves Amazon and Microsoft as the two companies fighting at the top to get businesses around the world to scrap their plans to build their own infrastructure, pull out their credit cards, take a few minutes to sign up and jump into Amazon’s EC2 or Microsoft Azure.

How Fast is Microsoft Azure Growing, and How Big Is It Now?

Though Microsoft does not break out its Infrastructure-as-a-Service numbers, there are several estimates floating around. The register.co.uk pegs Microsoft Azures revenue to be around $800 million during Q4-16, while Barrons came out with a more modest $560 millon, but for Q3-16. Bloomberg reported its own calculations back in the fourth quarter of 2015 to be around $400 million.


In any case, Microsoft is reporting triple-digit growth in Azure year-over-year as you can see in the graph below, so the actual figure for the current reported quarter should be North of $800 million. 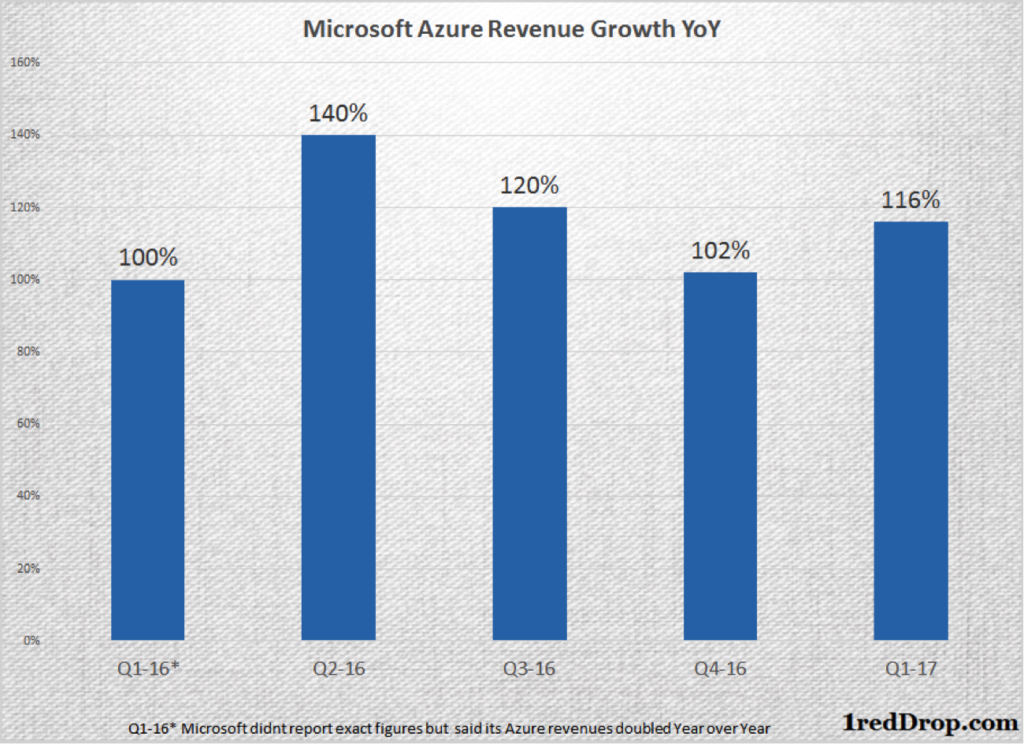 Under that assumption Microsoft Azure should be hitting the $3 billion to $4 billion range in annual revenues already, and it continues to grow at a rapid rate. The good news for the company is, as customers move into Azure, it becomes the backbone for their IT operations, making them more receptive to Microsoft’s other products. In other words, the more Azure’s clientele grows, the better the prospects for its Office Productivity suite and the slowly rising business management software services such as Microsoft Dynamics and Power BI.

Microsoft’s Growth Strategy for the Future

Essentially, Microsoft is creating a bundle of products that can be used by companies around the world to manage their IT departments, manage their office productivity and improve their overall efficiency and performance.

Though not visible, at the core of it lies Microsoft Azure, because when it comes to cloud, signing up is easy, but getting out is not. And companies generally prefer not to make changes unnecessarily, or until they see a huge benefit in switching.


The competitive nature of the cloud infrastructure market is now blurring the difference between the top two competitors. Both have reached a stage where a move by one company will be met with an equal move by the other.

Each has been adding its own enterprise-facing capabilities, and neither will stop until the enterprise market is fully covered, which could take years if not decades.

In such a scenario, Azure is as critical to Microsoft’s future as Windows 10 or Office 365, or even its range of Surface devices.