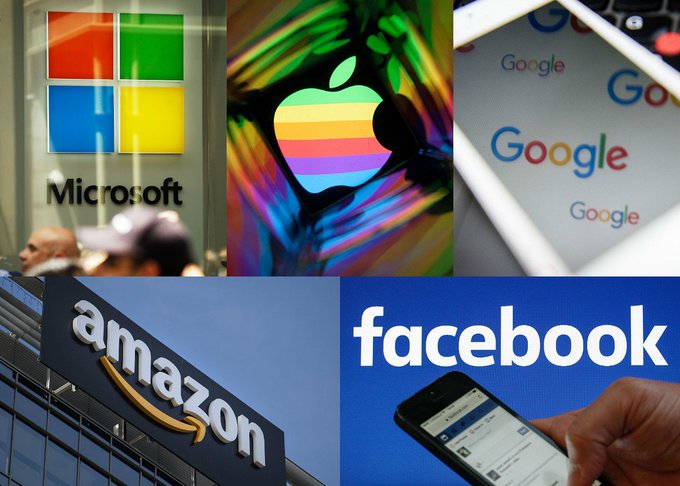 Gone are the days when big technology companies took a single segment, focused on it like a laser, kept upgrading their offering and kept customers – and money – flowing towards them. Today, this ideology no longer works. If a company can’t expand its reach, it’s a sure way downhill. But if it can, then UP is the only way forward.

Let’s take some great examples of companies that have shown this to be true.

Microsoft is not the “Windows and a little bit more” company that we knew in the past, but an enterprise-focused Software-as-a-Service company that also makes supporting devices.

All three companies started with one focal point in mind. In Amazon’s case it was selling books online; for Facebook it was about a space to connect and socialize; and with Microsoft it’s long been about operating systems and productivity. All three still do what they did before, but they’ve expanded so much that they’re barely discernible from the companies they were ten years ago.

What they did was to use their original idea as a launchpad and then build an ecosystem of products and services surrounding that core idea. In doing that, they effectively increased the number of touch points at which their customers can interact with them. As user engagement increased, so did the inflow of cash.


Let’s see how each of them went about doing this.

Most of us have used Facebook during its early days as a “people connector” app on the web, when it featured a “wall” on which people could post their content. From 2004 until about 2012, Facebook primarily focused on the web version of its application. Though it has maintained the basic look and feel for a long time, its major shift towards mobile only happened during the beginning of this decade.

And that, in many ways, was the inflection point for Facebook. Their future direction had been set, and they were now ready to increase user engagement by offering functionality after functionality almost like a river in flood. Remember that analogy because it applies to all three companies, not just Facebook.

As Facebook started expanding into new markets, into video and, more recently, into standalone apps, the core idea behind Facebook remains the same, but the opportunity for users to interact with the company’s offerings has grown manifold.

Nearly two billion users around the world now have Facebook Messenger to chat with their friends and make video calls instead of just the tiny little box we had before at the corner of the main platform. With Facebook Marketplace you can buy and sell goods within your local community. With Events, users can create and manage their live audiences. Companies can use Facebook Workplace as a collaborative platform for their employees. Media houses and individuals alike can now broadcast live videos on Facebook Live. And so on and so forth.


All of these initiatives serve to increase those touch points we spoke about earlier. With each new offering, the sole objective is to increase user engagement and keep them within the Facebook ecosystem.

And it’s the same pattern you can see with at least one online bookseller that is quickly racing towards the $1 trillion market capitalization mark. Please click on the link below to read the second part of this article.

Read Part 2 of How are Facebook, Amazon and Microsoft Growing So Fast and Furious?