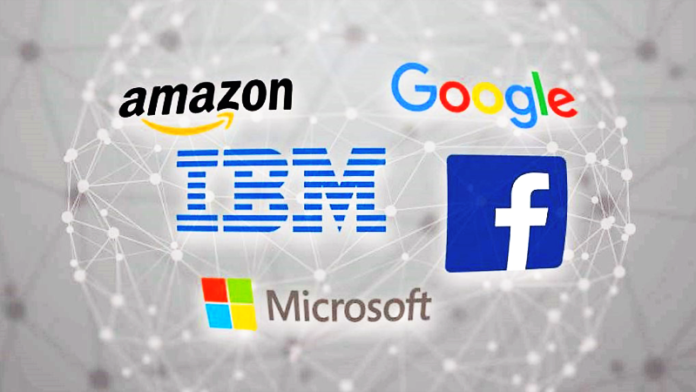 Amazon: Everything Under the Sun – At Your Doorstep

In 1994 Amazon.com started its business as an online retailer of books, nothing more. Shortly after, they included music CDs as part of their offerings. Within a short span of 4 years, it bought Junglee Corporation for $187 million. In an interview with the New York Times, Jeff Bezos said:

“We’re at an inflection point where we are now looking at a broader range of products.”

That prophetic statement now refers to more than 350 million products:

“According to 360pi’s data, Amazon the seller carried 12,231,203 total products as of May 2016, excluding Books, Media, Wine, and Services. As well, product variants were not included in this analysis. When products available from marketplace sellers were included, the total number of products increased almost 30X to a total of 353,710,754 products offered by Amazon and its marketplace sellers combined (applying the same exclusions noted above).”

To a great extent, that growth can be attributed to its membership program Amazon Prime, which was launched in 2005 as a free two-day shipping service. Growing from strength to strength, Amazon Prime is estimated to have between 50 million and 80 million members in the United States alone. And that’s been the biggest reason for their growth.

As Amazon kept adding freebie after freebie to the Prime membership, it’s user base kept growing along with its product base. Today Amazon adds nearly 500,000 new products to its main website per day!

But what’s really amazing is how Amazon keeps people coming back for more, and the credit to that goes mainly to Amazon Prime, which is now available on trial and goes on to a $99/year membership. Users can also sign up at $10.99/mo if they don’t want to go for a full-year membership.

If you’re an Amazon Prime member paying $99 a year or $10.99 a month, you’re obviously after the free two-day shipping offer. And that’s the hook that keeps people returning to purchase on Amazon several times a year. And when you look at the number of add-on services they offer, such as Prime Video, Prime Music, restaurant deliveries, Kindle books, etc., you can see why they put out a compelling reason for people to stay with the program instead of going to a competitor.


Amazon is positioning its Prime program as the only retail membership that you will ever need – and they have reached this stage in a short span of ten years. Imagine where they’re going to be ten years from now.

And that brings us to the third company on our list.

Microsoft’s push towards a bevy of products focused on enterprises wasn’t a planned event, strictly speaking. It happened as a reactive measure to the company’s dwindling Windows revenues. Nevertheless, the company has grabbed the opportunity/challenge with both hands.

As Satya Nadella took over the company, Microsoft shifted its focus towards a “mobile first, cloud first” strategy. But in reality, it was more of a “build as much software as we can for enterprise customers and sell each one as a service” type of business model that they’ve evolved into.

There’s no denying that cloud and mobility are at the core of their new strategy, but over the past few years what the company has actually done is to build out a strong suite of products that can be used within the proverbial four walls of an organization.

There are Microsoft Azure Stack and other products that can replace their IT infrastructure, there’s Office 365 to take care of employee productivity, there’s Skype for Business (and soon, Skype Teams) for client and internal communication and collaboration, there’s Outlook for emails, Dynamics for CRM needs, Power BI for analytics and so on.


And that’s just on the software side of things. On the hardware front is the growing range of Surface devices that currently include hybrid tablets, laptops, digital whiteboards and, now, the Surface Studio PC that was just launched on October 26.

The whole purpose of this widening software and hardware portfolio is to increase engagement in the enterprise segment. That’s where their expertise now lies, and that’s where the real money is going to come from.

As the utility of their core offering keeps expanding, user engagement increases. In turn, this offers additional monetization opportunities, a chance to keep expanding user base and a brand loyalty that cannot be achieved through any other means.

As these three companies built out their ecosystems, they did so my adding layer upon layer of useful services that their customers want and need – Facebook in the social connections space, Amazon in retail and Microsoft for business users.

And in a nutshell, that’s called sustainability. By entrenching themselves deep into their core areas of expertise, these companies have guaranteed a successful future for themselves. In a sense they’ve ‘time-proofed’ their businesses from the competition and from disruption.


And slowly, other companies are now following suit. Apple is now starting to focus heavily on its Services segment because it makes 80% of its money from devices. Google is trying to get into home deliveries and paid video streaming because the bulk of its business comes from online advertising.

IBM is utilizing its enterprise strengths to go deeper into hybrid cloud, advanced analytics and cybersecurity because its legacy business lines are on the decline. In fact, even Tesla isn’t sitting around waiting for EV sales to happen. With the help of Elon Musk’s leadership, they are now squarely in the power storage business, solar energy and other business lines.

The world’s top companies have realized at long last that they cannot depend on one revenue stream, no matter how strong that revenue stream may be at this point in time.