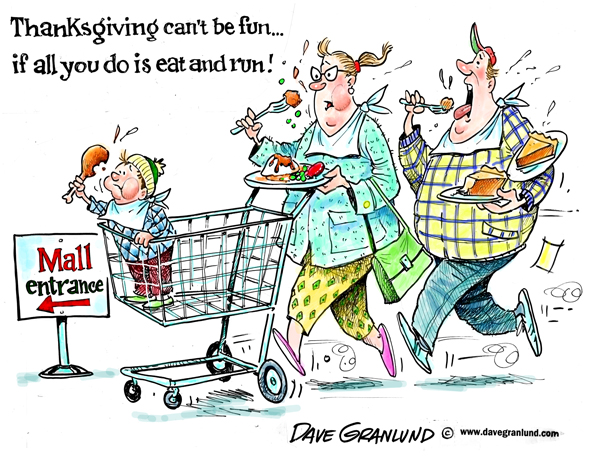 Ever since Amazon came along and took the e-commerce industry up with it, Black Friday (today) shopping has been on the wane. It seems that more people prefer shopping from home because everything they have to stand in line for at the store is most likely available online – and usually at a healthily discounted price compared to store prices.

While stores in the U.S. have traditionally been closed on Thanksgiving, they’re now starting to keep their doors open in an attempt to fend off the massive market share erosion that e-commerce is causing. But even physical stores are seeing tremendous growth in their online portals. Target, for example, said that its online sales grew in double-digit rates over last year, according to CEO Brian Cornell.

But all’s not well for brick and mortar retailers. Typically, they see about 40% of their sales volume come in during the November-December holiday season, and that’s when they do the bulk of their discounting as well. They’re usually very optimistic about year over year growth, but this year, the National Retail Federation isn’t putting out very encouraging projections, saying they expect the retail industry to grow by a mere 3.6 percent this year to $655.8 billion.

The shopping tradition of Black Friday itself is changing, however, gradually becoming several weeks long as opposed to a one-day blowout sales day. But store traffic seems to be thinning out on Black Friday, and this was validated by Reuters reporters as well as officials from the retail industry.

That can easily be attributed to the accessibility of online deals for the holiday season. No more waiting in long lines to get into shoulder-to-shoulder-packed stores just to see “sold out” signs on the items you really wanted. Just get online and you’ll find practically anything you need. And Amazon, with its free two-day shipping for Prime members, is a big part of that evolutionary change from traditional to online retailing.

Physical shopping isn’t going to ever “go away for good”, but its glory days might already be coming to an end. In a world where desktops, tablets and smartphones are the new shopping districts, we’re seeing the disappearance of the holiday rush that’s always been a part of retail history in the United States. Instead, we’re moving to an era of server overloads and website crashes because of sheer volume.

Retailers will have to get used to the idea that if they don’t move parts of their business online, they’re not going to be around five, ten years from now. That’s just the way it is.