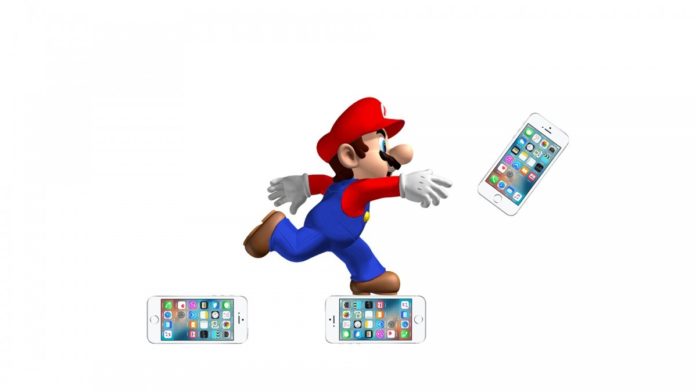 When Super Mario Run was launched for iOS devices on Apple’s App Store two days ago, the entire Android community was getting ulcers over it. You can’t currently get Nintendo’s first mobile game on Android devices, but that hasn’t stopped Android users from searching the web for alternate solutions to get the game on their devices.

Here’s why that could be dangerous…

When Pokemon Go was released to a few countries at its launch, some folks managed to get their hands on the APK file and started spreading it around on the internet. Essentially, an APK file (Android application package) is used to distribute and install mobile apps and middleware.

That meant that anyone who was in a country where Pokemon wasn’t available was still able to get the APK file and install the game on their device.

But that case was entirely different from what’s happening with Super Mario Run because Pokemon was already available, but geo-locked. The APK files in that case were merely circumventing the geo-block and making the game available to countries where it hadn’t released yet.

In order for a genuine APK file to exist, there must be an Android version of the game somewhere on the planet. As far as we know, no such application exists for Android – at least outside of Nintendo’s partner’s dev team, if at all.


So, if you see an APK file of Super Mario Run being offered as a download, just do what Mario does and make a run for it! Since no APK file could possibly exist (again, as far as we know), it’s likely that someone is trying to get you to download malware onto your device, which would be disastrous, to say the least. 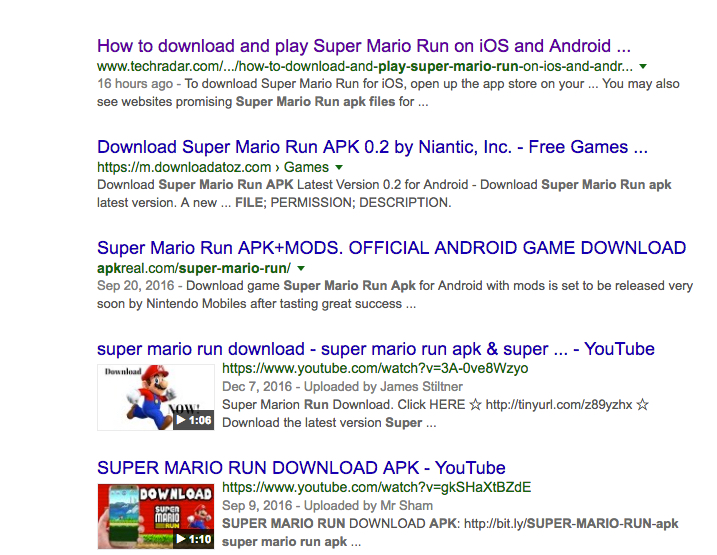 As such, we don’t know when or even if Nintendo intends to release an Android version of the game, but it’s definitely not available at this moment.

As for the game itself, though it ranked among the top downloaded games on the App Store, it hasn’t made a splash in the highest grossing apps segment – something that is equally critical to its success.


According to a report by Bloomberg, Super Mario Run was the top downloaded game in 68 markets, but the top grossing one in only 14 markets. Incidentally, Nintendo shares closed 4.2% lower in Tokyo on the day, and their partner DeNA Co.’s stock dipped 6.8%.

The lack of monetary success could be to do with the fact that the game is being offered on a “freemium” basis. The first three levels are free to play, but it costs $9.99 to unlock the other 21 levels. Of course, it’s far too early to call it a fiscal failure at this point, but the early signs aren’t very encouraging for the gaming company.

This is their first foray into the mobile gaming app segment and, if normally high-spending Apple users aren’t ante-ing up the cash to unlock the full game, the story might be even more dismal with Android users, with the possible exception of the premium Android device segment.

If this goes on, Nintendo may well re-think its pricing strategy before it rolls the game out to the Android ecosystem – the largest of its kind in the world.