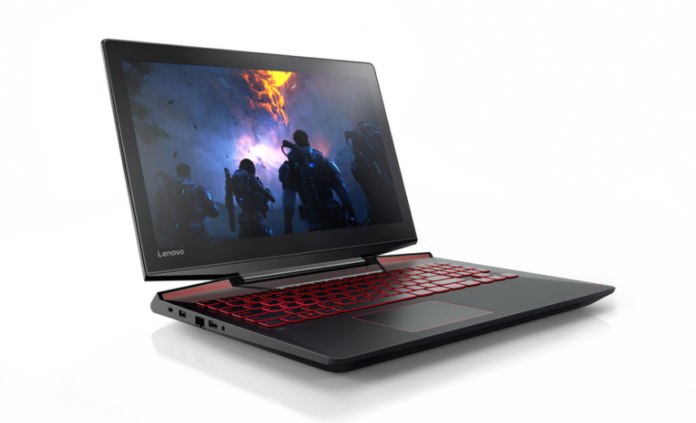 Lenovo is not a brand you would normally associate with PC gaming. Though they’ve made promising efforts in the past, they’ve not really been in the same league as Dell Alienware, Asus ROG or any of the custom-built gaming PCs.

That’s about to change, hopefully with the Lenovo Legion Y720, an i5-7300HQ (base configuration) gaming laptop that starts at $1,399, a little more than the $1,264 price tag on the ThinkPad Yoga 370 that’s also coming this year. There’s also a less expensive Y520 starting at $899.99, but that’s definitely out of the game as far as serious PC gaming goes.

Nevertheless, the 15.6-inch Lenovo Legion Y720 does have some impressive specs and upgrade options. On the graphics side the heavy lifting is done by the 6GB Nvidia GTX 1060. There’s also an integrated Xbox One controller receiver for wireless gaming, and you can also upgrade the chip to an i7-7700HQ, as well as opt for a 16 GB RAM.

The cheaper version will hit the market first, in February, and can be configured with GTX 1050 Ti. The Y720 will make its appearance later in the year, in April 2017.

For this price point, the Lenovo Legion Y720 could be the ideal amateur-wants-to-go-pro gaming laptop, but we’ll have to wait and see what kind of performance it can actually deliver in a real-world scenario.

The ThinkPad range from Lenovo is also getting a major refresh from the company in 2017, with several new models slated for release in the months ahead. Here’s our first look at the ThinkPad X1 Carbon Ultrabook.