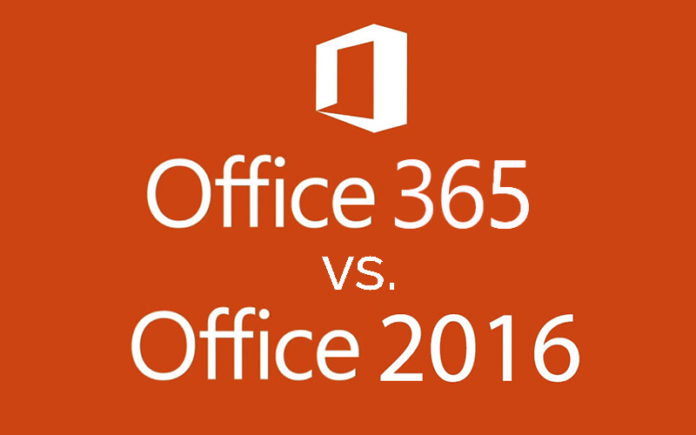 The concept of Software as a Service, or SaaS, is not a new one, but it is one that most software makers are adopting today. Not the least of these is Microsoft, which has essentially moved its entire MS Office portfolio of applications – and more – to the cloud, and deployed it as Office 365.

But is this cloud delivery method the only reason that Office 365 is becoming more popular than the standalone Office 2016 or even the previous version, Office 2013? Let’s explore some of the other reasons why enterprises might start using Office 365 rather than continue with volume licensing of standalone Office software.

To begin with, the flexibility and ease of deployment of Office 365 is far superior to any standalone software, including Office 2016. One of the reasons for that being the case is that there is no lock-in period and no full advance payment for using the software.

Office 365 is available as a subscription service on a monthly or annual billing option, and the cost for a mid-sized business is about $15 per month, going up to $20/mo for the E3 option and E5 for $35/mo. Office 2016, on the other hand, has to be purchased outright at a price of $369 for a standard edition and $499 for the Professional Plus edition.

For a small or medium-sized company with fluctuating head counts, it makes a whole lot more sense to pay $15 a month per user rather than painstakingly estimate the number of user licenses required for the whole company.

Since it’s a SaaS product delivered over the internet, Office 365 can be accessed from anywhere and practically any device. Office 2016, however, requires an uninstallation and reinstallation if you want another device to be the endpoint. Anyone familiar with the installation process knows how much time it can take; it certainly can’t be done on the fly, so imaging doing this for 100 employees who are on the field and traveling at any given point in time!

Office 365 Enterprise E3 and E5 subscriptions offer multiple device licenses per subscription, so an employee can access it from five different PC, tablet or mobile devices without the need to migrate a licensed version.

With Office 2016, collaborative content becomes a nightmare to manage. The IT administrator will either need to create a shared network storage location or allow users the use of mobile storage devices such as flash drives. But version control and collaborative work will still remain a challenge.

That problem is solved with Office 365 because it brings 1TB of online storage on OneDrive. The documents stored there can be shared among authorized users. If offline, OneDrive keeps a synched version at each licensed endpoint. This allows users to share documents and work on them individually, and then let OneDrive sync the documents whenever they are online.

#4 – Office 365 is Automatically and Perpetually Upgraded

Since there are no user-side updates required for Office 365, any update or upgrade is automatically applied. In addition, Office 2016 will always remain Office 2016 no matter how many updates it receives. And support for it ends at a time specified by Microsoft.

In contrast, Office 365, a SaaS product, gets constant attention from Microsoft, whether it’s for bug fixes, scheduled maintenance or special feature upgrades. If it has to move up a full version, it will, and your subscription will still be valid for the new version. That’s one of the biggest benefits of the SaaS model of software delivery.

#5 – Collaboration beyond Document Sharing on Office 365

We briefly touched upon this aspect, but we only talked about collaborating on documents and sharing files with OneDrive. There’s much more to enterprise collaboration than that.

With Office 365 also comes Skype audio minutes every month, allowing users a free tier of up to 60 minutes. In addition, you get high-definition audio and video conferencing, instant messaging and screen-sharing.

What’s more, Microsoft keeps adding new tools to Office 365, such as Teams, which was launched in preview mode in November 2016 for team collaboration, and will soon become a standard offering on Office 365 Enterprise and Business plans this quarter.

ALSO SEE: Microsoft Teams and the New Enterprise Strategy – Everything First, Nothing Second

It’s obvious that Microsoft puts a lot of emphasis on the ability for enterprise workers and teams to collaborate with each other – something that’s glaringly absent from the traditional MS Office applications ecosystem.

On the commercial side, Office 365 had 60 million users as of March 2016, as revealed by Microsoft. In Q2 2017, the most recently reported quarter, Microsoft noted a 47% increase in commercial revenues for the product, year over year. That could mean the Office 365 commercial user base is now in excess of 85 million users, give or take.

With mainstream support for Office 2013 ending on April 10, 2018, we could see elevated adoption rates for Office 365 post that deadline. Office 2016, being relatively new, is not likely to get the kind of traction that 365 is obviously getting.

With so much going for it, Office 365 has clearly become the go-to office productivity app whether you’re an entrepreneur with a grand total employee count of 1, or whether you have tens of thousands of employees deployed in multiple locations and countries.

Thanks for reading our work! We invite you to check out our Cloud Computing page, which covers everything from the basics of cloud computing, to its components, to various deployment models, to historical, current and forecast data for the cloud computing industry, and even a glossary of cloud computing terms.