In a recent article titled Why Toppling AWS from the Top of Cloud Computing is Not an Easy Task, we outlined why Amazon’s strength in cloud will allow AWS to maintain its IaaS market leadership for a long time yet.

A recent report by Synergy Group, which was originally released on February 2, shows Amazon merely holding on to its market share, while Microsoft, IBM and Google are growing fast.

A recent RightScale survey’s results also showed how Azure is gaining traction in the cloud infrastructure market, and that possibly triggered the wave of discussion that Amazon is slow while others are growing fast.

But a closer look at the numbers reveals a different story being played out.

Synergy’s Q4 report card was very similar to what the RightScale survey revealed. 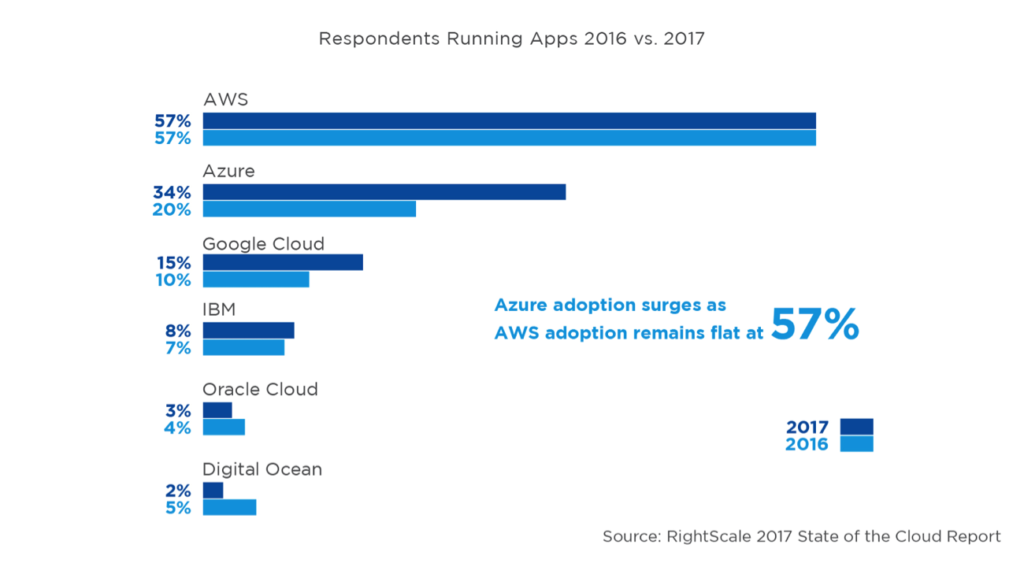 AWS held on to its 2016 market share while Azure, Google and IBM increased theirs. But the fact is, Microsoft, Google and IBM are eating the lunches of smaller players, not Amazon’s.

New Q4 data from Synergy Research Group shows that Amazon Web Services (AWS) is maintaining its dominant share of the burgeoning public cloud services market at over 40%, while the three main chasing cloud providers – Microsoft, Google and IBM – are gaining ground but at the expense of smaller players in the market. – Synergy Research

Companies are increasingly taking the multi-cloud approach as it negates the vendor-lock in issue. We saw that happening with Snapchat’s parent company, Snap Inc, which uses Google Cloud Platform and Amazon Web Services.


When Google bought Orbitera, a commerce platform for buying and selling software in the cloud, last year, this is what appeared on Google’s cloud blog.

“Orbitera has built a strong ecosystem of enterprise software vendors delivering software to multiple clouds. This acquisition will not only improve the support of software vendors on Google Cloud Platform, but reinforces Google’s support for the multi-cloud world. We’re providing customers with more choice and flexibility when it comes to running their cloud environment.”– GCP 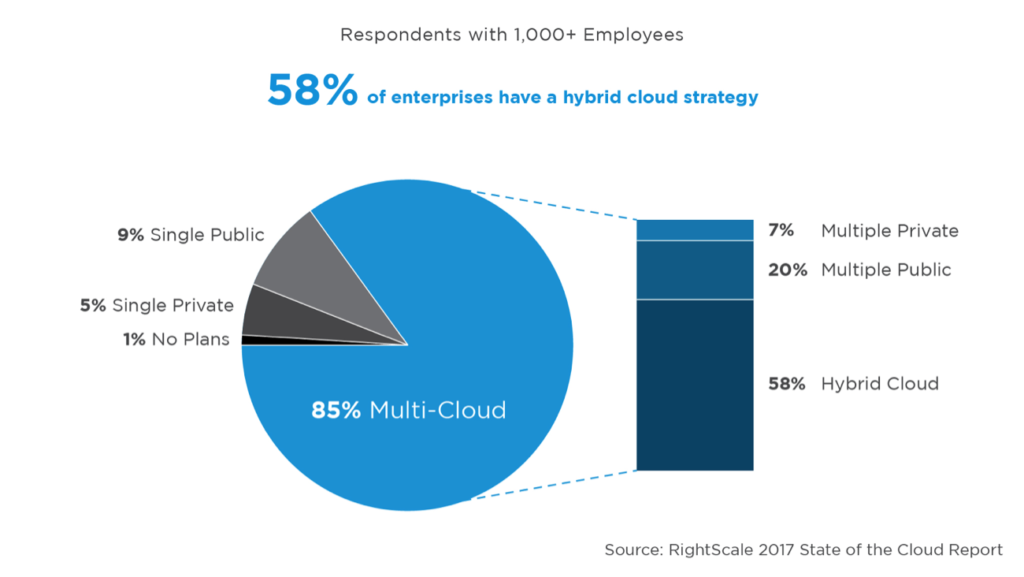 Now, the question is, are we moving towards a multi-cloud model that is serviced by a small group of vendors with Amazon on one side and everyone else on the other? Or will Microsoft, Google and IBM share a much larger space with Amazon in the IaaS segment?


As of 2017, nearly half of the market is with Amazon, and that says a lot about their strength. The fact that they’re holding on firmly to their market share in an industry that is growing in double digits should tell you what you need to know.

The only thing we can say at this point is that Amazon isn’t a “second choice” for the bulk of its clients, and that will be a significant driver of AWS growth for the future.

Case in point: Lionsgate recently signed an exclusive deal with Amazon for serving exclusive, new content for the Amazon Prime Video service in India, but it’s been serving Lionsgate as a cloud customer from well before that.


Amazon has several such key clients from multiple industries, which we saw revealed when they experienced their outage at the end of February. These clients are going to help Amazon keep its lead in the cloud infrastructure space because they keep getting fed with a thousand new cloud-related services every year.

It’s possible that IBM and Microsoft will make headway in their push for hybrid cloud deployment in the enterprise segment, but as a standalone cloud infrastructure provider with a full stack of services, AWS still has a significant lead as well as advantage over everyone else.