This week Apple did an unusual thing. It put three of its key executives in front of the media and had them talk the group though changes to the Mac Pro, and specs bumps on new models of the iMac coming out in 2017. In an separate post by Patently Apple contributor Jack Purcher, we also learned that the Touch Bar – so far only seen on the MacBook Pro 2016 lineup – could be coming to a new “Keyboard with an Adaptive Input Row” for iMacs.

Launched in 2013, the Mac Pro had a revolutionary cylindrical design with dual GPU architecture. The trio of executives highlighted the fact that a lot of users running resource-intensive processes found that a larger single GPU worked better. But the Mac Pro isn’t designed for that.

As a result, Apple is going to pushed out updates this week that will optimize the configs on the Mac Pro, but they’re also working on a new version that’s still months away from being developed.

“We’re working on it,” says Schiller. “We have a team working hard on it right now, and we want to architect it so that we can keep it fresh with regular improvements, and we’re committed to making it our highest-end, high-throughput desktop system, designed for our demanding pro customers.

The updated Mac Pros will be priced as follows:

In other Apple news, Patently Apple has showcased an Apple patent that shows a keyboard with Touch Bar strip right where it is on the current MacBook Pro 2016 – above the numbers row on the keyboard. The new keyboard will possibly come as an optional upgrade for the new iMacs that Schiller promised will come this year during the media gathering at Apple’s Product Realization Lab, or PRL. 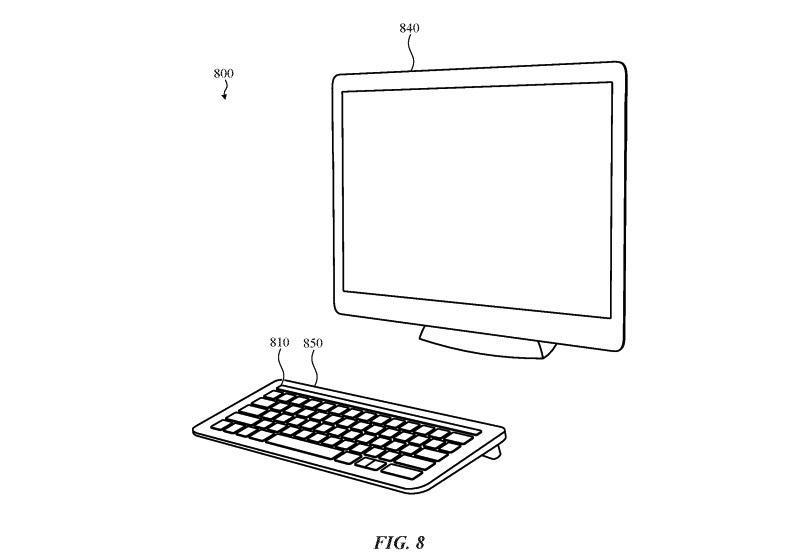 The new Magic Keyboard incorporates Touch Bar functionality, but it may not be unveiled until the company is read to release the promised iMacs this year. The Magic Keyboard can also be paired with older MacBook Pro models, MacBook Air and MacBook.