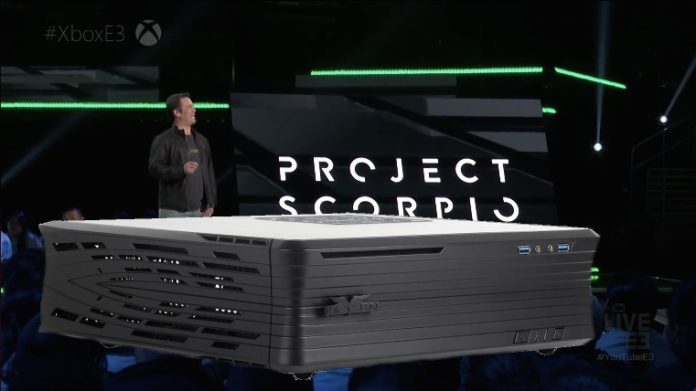 Xbox Scorpio is an intensely hyped gaming console, but it’s not a massive generational jump from Xbox One and Xbox One S; neither is it an incremental version, because it brings true 4K gaming to the Xbox family, as well as VR and HDR capabilities.

Delivering six teraflops of graphics performance power, the Xbox Scorpio is much more than the Xbox One – a little less than five times more in terms of sheer graphics capability, in fact. And it’s based on Windows 10 so it’s easier for game developers to create titles that run on either platform.

We also expect that under the hood will be AMD’s semi-custom SoCs, and 320GB/s memory bandwidth. The console will also feature 8 CPU cores.

With all this muscle, however, Xbox Scorpio will not feature any exclusive games. Games will either scale up or down depending on whether you’re playing it on a Windows 10 PC, the Xbox Scorpio or the Xbox One (or One S.) It will essentially unpack more assets within the game once it detects the capabilities of the platform..

An Ultra-HD Blu-ray player comes in Xbox Scorpio, and the console will also have the HVEC codecs for 4K encoding for Beam, the livestreaming service recently introduced to Windows 10 and Xbox.

That’s about all we do know, but there’s lots that Microsoft is keeping hidden until the actual unveiling at E3 2017. Tomorrow, we expect to see “some” of the new features and specs via Digital Foundry, which has officially announced the unveiling time as 2 pm BST, or 6 am PT / 9 am ET on Eurogamer.

To clear up the speculation: @digitalfoundry will have an exclusive Xbox Scorpio reveal on @eurogamer this Thursday at 2pm UK / 6am Pacific. pic.twitter.com/bacxOGerjJ

If you’re wondering why a tech site is revealing Xbox Scorpio secrets, it’s most likely because Microsoft wants the hype to come from within the gaming community rather than from it’s own mouth. That’s a more powerful marketing technique to use, and we hope the hype is every bit justified.