Since the launch of iOS 10 in September 2016, more than 79 percent of iOS devices have moved to the latest major version of Apple’s mobile operating system. In comparison, even though Android is far more prolific as a mobile OS, less than 5 percent of Android device users are on Android 7.0 Nougat or higher. There are several reasons why that’s the case. 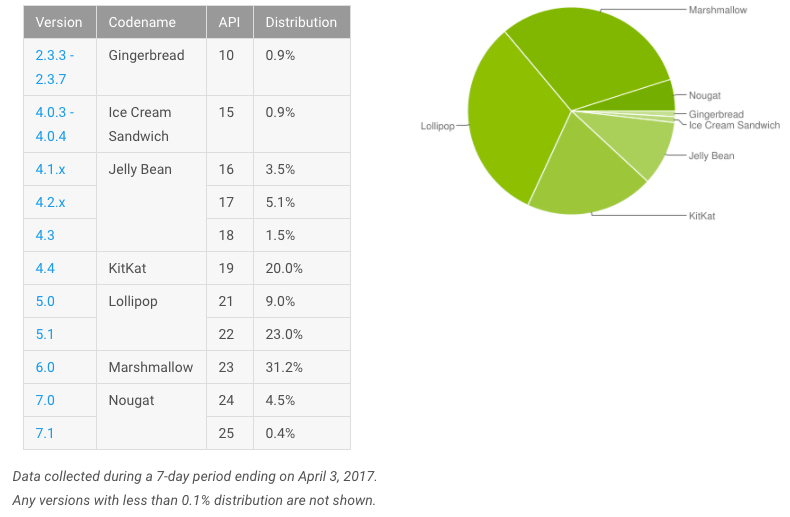 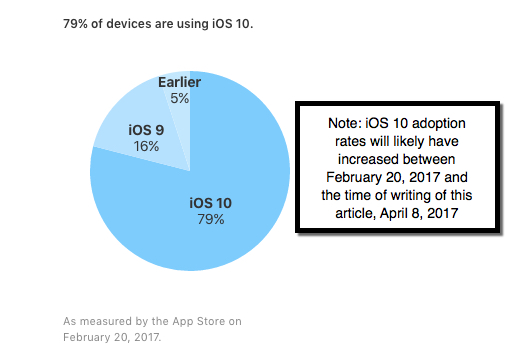 First of all, Android Nougat wasn’t rollout out to the general Android ecosystem right away. It’s been several months since Nougat was released to the public, but most devices are only just getting their update to Android 7.0 Nougat and higher. iOS 10, on the other hand, was carried by sales of iPhone 7 and iPhone 7 Plus.

In addition, Apple brought in many features to incentivize users of older iOS versions to upgrade. Siri was integrated, iMessages got some serious attention, Live Photos was introduced, better interaction with Maps, the Home app made its appearance, new Apple Music interface, 3D Touch support on more native apps, and many such changes swung a lot of iOS users over to iOS 10, not to mention a barrage of security updates right through the latest public version, iOS 10.3.1.

Google, on the other hand, reserved Android Nougat for its own Nexus and Google Pixel devices to begin with. That why Android Nougat was such a highly followed topic on the Internet for so long, because everyone kept wondering when it would come to their non-Google device. Google Pixel and Pixel XL sold really well, but not enough to match the iOS user base of hundreds of millions of iPhones and iPads.

One of the hurdles to that is carrier approval for Nougat but, surprisingly, updates for unlocked phones took even longer.

Google has finally started rolling out the latest version of Android to users worldwide, so things should improve from here on out for Nougat.

Also, we should see an uptick in Nougat usage as Google Pixel keeps showing strong sales, but more so because two flagship smartphone models from Samsung and LG should be available soon – the Galaxy S8 and S8 Plus, and the LG G6. Both phones are expected to sell extremely well, and will come with Nougat out of the box.

This year, Android O, assumed to stand for Oreo, is coming out. Hopefully, Google won’t take the same strategy and reserve it for Nexus devices and the three Google Pixel 2 smartphones planned for this year. Google is playing hardball with OEMs in an attempt to get more control over the Android ecosystem, and poor adoption rates was possibly a trade-off.

What we’re hoping is that Android O will become more widely available a lot sooner than Android Nougat was when it was first released. Meanwhile, iOS 10 adoption rates will have increased even further than the last reported 79 percent of devices, especially since several key security patches only came with iOS 10.3 and iOS 10.3.1.