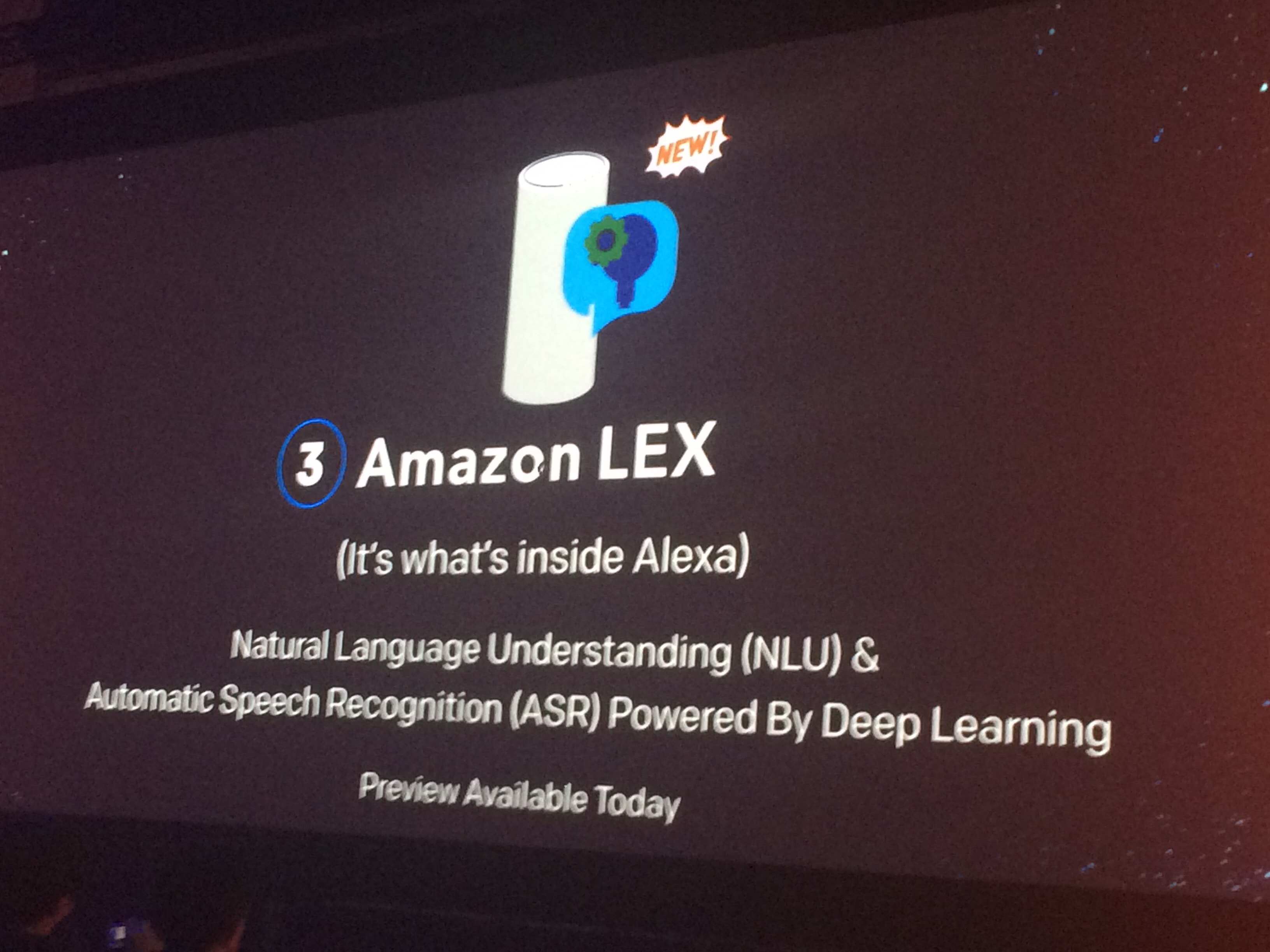 Amazon, fresh after releasing the hardware know-how behind its smart speaker Amazon Echo to third-party manufacturers, announced yesterday that Amazon Lex, the artificial intelligence technology that powers Alexa, is now available for customers to build applications that can have conversations using voice and text. To put it simply, if some wants to make use of the software and hardware behind the Amazon Alexa and Amazon Echo combo, now they can.

That said, developing applications that can utilize automatic speech recognition (ASR) and natural language understanding (NLU) capabilities is not for the faint-hearted, because you need sophisticated deep learning algorithms; and to run them, you will need massive amounts of data and infrastructure. This is one of the reasons why AI tech still remains in the hands of very few deep-pocketed tech companies around the world.

But the advent of cloud is slowly changing that as companies like Amazon and IBM are trying to put AI capabilities into the hands of anyone who wants it.

Amazon Lex will help developers build applications that can have conversations using voice or text using the same ASR and NLU technologies that run Amazon Alexa.

With Amazon Lex, developers can build and test conversational apps that perform tasks, such as checking the weather or the latest news, booking tickets, ordering food, getting the latest sales or marketing data from business software, or controlling a connecting device, says Amazon.

““Thousands of machine learning and deep learning experts across Amazon have been developing AI technologies for years, and Amazon Alexa includes some of the most sophisticated and powerful deep learning technologies in existence,” said Raju Gulabani, Vice President, Databases, Analytics, and AI, AWS. “We thought customers might be excited to use the same technology that powers Alexa to build conversational apps, but we’ve been blown away by the customer response to our preview – as organizations in virtually every industry like Capital One, Freshdesk, Hubspot, Liberty Mutual, Ohio Health, and Vonage have mobilized quickly to build on top of Amazon Lex.”

What was once in the hands of a few is now in the hands of the many, and this is definitely one of the most significant moves to promote AI technology in a meaningful way, in our opinion.

Would you mind doing us a favor? If you think it’s worth a few seconds, please like our Facebook page and follow us on Twitter. It would mean a lot to us. Thank you.

The Voice Technology of the Future