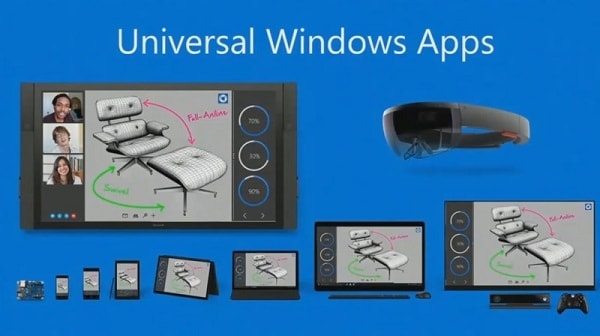 Windows 10 Mobile has clearly been pushed to the sidelines as Microsoft pursues its device-agnostic agendum via the latest Windows 10 Redstone 3 build, which will theoretically be the platform on which the elusive Surface Phone will run. However, since Microsoft and Qualcomm are releasing their Cellular PC in the fourth quarter this year, that is believed to be the precursor to Surface Phone. Nevertheless, we’ve gathered quite a big list of UWP apps that should run perfectly well on your Windows 10 Mobile device.

If Microsoft is eventually going to kill off Windows 10 Mobile – or stop supporting upgrades for W10M devices, which is the same thing – at least let’s go out with a bang knowing that there are several dozen really cool UWP apps that you can use on your Windows 10 Mobile phone right now.

This is not a comprehensive list by any means, but merely a collection of UWP (Universal Windows Platform) apps that will run on both Windows 10 Mobile as well as Windows 10 desktops. This list has been gathered primarily from Reddit, but also based on personal use (not all, but quite a few of the universal apps on this list) on a Lumia 950 running Windows 10 Mobile. Many of them may not be compatible with Windows Phone devices, but you can try it out for yourself.

These apps can be found on Windows Store for mobile devices, a link to which has been provided right after this list of UWP apps for Windows 10 Mobile.

You’ll be able to find these and other UWP apps on Windows Store for mobile devices. We haven’t tested all of these UWP apps, so if you find bugs and stuff, please let our other readers know in the comments section below.