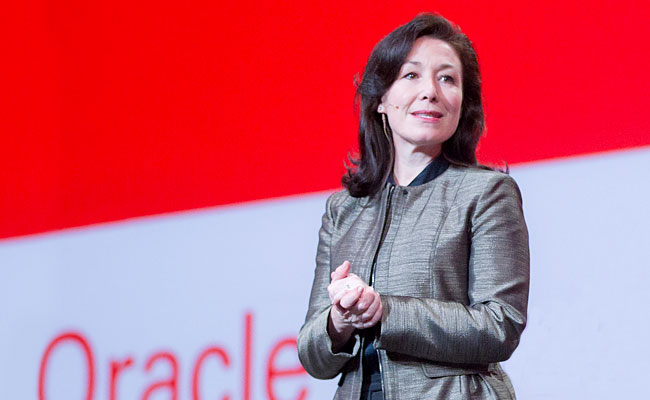 The cloud computing wars and the race to add the next client have become so intense that it has reached a stage where tech leaders are taking potshots at each other. Oracle and Amazon have always been at each other’s throats, touting their own excellence and highlighting the other’s failures, and Google’s Diane Greene also took a thinly veiled dig at other cloud service providers at the company’s Cloud Next conference two months ago.

But if you cut through the sound bites and look at what is actually happening, then it will become clear to you that the intensity of the competition is possibly starting to strain a few nerves; more importantly, however, there is a subtle but recognizable shift in the focus areas of the top cloud service providers.

Nearly a week ago, in an article titled “How Microsoft is Forcing the Cloud Computing Industry to Take a New Direction,” we wrote this:

Microsoft is already tasting success by being a strong SaaS+IaaS player within the cloud computing industry. Drawn by a horizontal offering, enterprise customers will naturally prefer Microsoft, or at least seriously consider a single-vendor solution that can address all their cloud requirements.

It is not a game-changing equation now, but one that can prove to be a game changer in the long run.

Yesterday, Oracle’s CEO brought this horizontal vs vertical player issue to the forefront by saying that Oracle’s offering, which touches multiple cloud segments, is much better than Amazon’s infrastructure-focused offerings:

Catz said that Oracle is the one of the only companies with as-a-service offerings of infrastructure, platform and software, and that it makes sense for companies to have all of these sitting next to each other, instead of using different elements from different partners, and having someone to integrate all of them, reported Times of India.

As mentioned, the single-vendor aspect might not be a crucial one now, but before enterprise companies entrench themselves in multiple services from multiple providers, it is something they have to think long and hard about. Migrating is a tough job, and no company wants to have to move house several times until they arrive at a single-vendor solution.

The future is in horizontal cloud computing services that provides end-to-end answers to the problems large companies face. Whether it’s security, the need to have a local presence in multiple continents or simply the convenience of having cloud-delivered software, companies like Microsoft, IBM, Google and Oracle could well have stumbled upon the right formula to address the needs of the future.