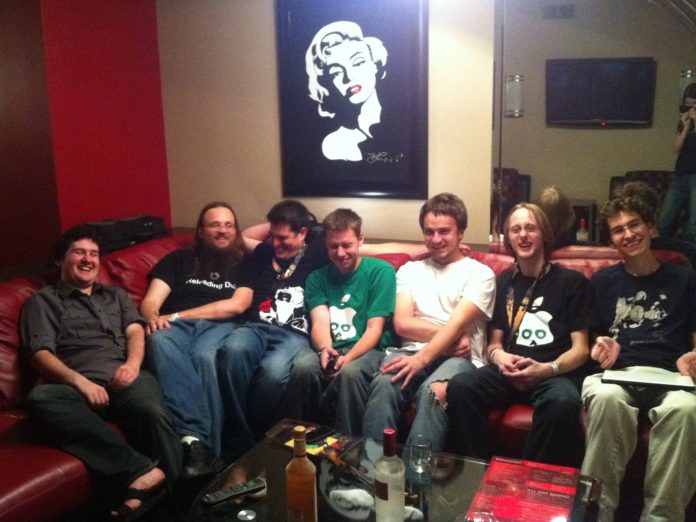 If you’re looking for the really short answer, it’s a “NO”, and you can move on to the next article. But if you want to know why Apple will never be able to kill off iOS jailbreak attempts or destroy the jailbreaking community, read on.

Apple’s “hate affair” with iOS jailbreaking goes back to the very first iOS that was launched on the original iPhone. Soon after the device was released to the public, software developers and hackers were curious about Apple’s “walled garden”, so they started poking around.

The very first iOS jailbreak was JailbreakMe 1.0 for iPhone OS 1.1.1, and was more popularly referred to as AppSnapp. It was released a mere three months after the iPhone was made available in July 2007, and included Installer.app, a tool to get software for jailbroken devices. By the end of 2007, pioneering iOS jailbreak experts like Jay Freeman (saurik), p0sixninja, and George Hotz (geohot) had unknowingly sparked off what would eventually become a raging community of tens of millions of jailbreak enthusiasts – hackers and newbies alike.

Since then, there have been a ton of successful iOS jailbreak tools from several jailbreakers and iOS jailbreak teams, such as PwnageTool for iPhone 3G running iOS 2.0 from the iPhone Dev Team (not related to Apple’s dev team, of course). It came with saurik’s Cydia, which soon became the primary choice for third-party app installations on jailbroken iDevices. The same year, iPhone Dev Team released QuickPWN for iOS 2.2 as well.

The following year, the same team released redsn0w, which could be used on Macs and Windows PCs to jailbreak iOS 3.0 devices. Meanwhile, they kept updating PwnageTool to include new iOS versions, but redsn0w quickly became the preferred jailbreak tool for iOS 4.x and iOS 5.x devices.

George Hotz then took centerstage in 2009 with the first iPhone unlock. The same year he released purplera1n for iPhone 3GS running iOS 3.0, and blackra1n for iOS 3.1.2 for the third-generation iPod Touch as well as other devices. The following year, he released limera1n – not a jailbreak tool, but a low-level boot ROM exploit for untethered jailbreaks on iPhone 4 using redsn0w.

Then came comex (Nicholas Allegra), Chronic Dev Team, pod2g, evad3rs, Pangu, TaiG, iH8snow, Luca Todesco, Marco Grassi and several others. Many of them collaborated on several projects, but the one thing they all had in common was that they kept the iOS jailbreak community alive and thriving.

At one point, there were tons of tweaked apps coming in to Cydia on a daily basis and jailbreak fans had a plethora of choices for almost any iOS device they were using.

But then, Apple decided to step in with its bug bounty program during the second half of last year. And they made no bones about it, directly addressing attendees of Black Hat 2016 and enticing them with their offer of a maximum payout of $200,000 for working exploits being reported directly to Apple.

With the launch of iPhone 7 also came intense monitoring of the iOS jailbreak community, and Apple’s attempts at stifling jailbreaks for iOS 10. And what we’re seeing now are the results of those initiatives.

Today, there are very limited options to jailbreak devices that are on various iterations of iOS 10. Basically, just two options for now:

Other than that, we’ve got a Pangu iOS 10.3.1 jailbreak that we’re probably never going to see, and an exploit written for iOS 10.3.1 by Adam Donenfeld of Zimperium, which needs to be compiled after he releases the source code and instructions in August, as reported earlier (see article below):

Now that we have a decade-long panoramic snapshot of the jailbreak scene, we come to the real question we’re trying to answer with this article:

Can Apple Ever Truly Destroy the iOS Jailbreak Community?

We believe that’s practically impossible. For one, iOS is nothing more than an operating system – a piece of software. And, as we’ve said before, software can be hacked. It doesn’t matter what security patches Apple applies or what file system or what hardware implementation they try, they’re simply not going to be able to make iOS devices airtight.

As far as we know, there is no piece of software in the world that cannot be hacked in one form or other, and there’s no operating system in existence for which a kernel-level escalation of privilege is not possible. Put the right expert on the job and give him enough time, and a jailbreak will come.

Having said that, we must also acknowledge the fact that Apple has put in several measures in place to minimize iOS jailbreak activity. They already have several former jailbreakers working on their bug bounty program, including Todesco and Donenfeld, and even Pangu Team, which is probably why we won’t ever see the Pangu iOS 10.3.1 jailbreak.

On top of that, Apple has made its bug bounty program extremely attractive. Who but the most altruistic of hackers would give up $200,000 and instead release their KPP bypass for a jailbreak tool? Not that many. Devs are people, too, and they have financial pressures just like anyone else.

And that’s the angle Apple is using to throttle the jailbreak community, from all the evidence we’ve seen so far. Since iOS 6.1.3, Apple has been releasing security patches for exploit after exploit, but to no avail. Now they’ve taken a different route that’s a little (or a lot) more successful.

We probably won’t ever see another untethered iOS jailbreak ever again, but the iOS jailbreak community is nowhere close to dying out. We’re confident that it will rise again despite Apple’s effective countermeasures. New waves of developers – kids, most likely – will start to emerge, taking the mantle from early jailbreakers and sustaining the iOS jailbreak landscape.

Will there ever be a jailbreak for iOS 11? We don’t know, but we do know that if it doesn’t, it won’t be for lack of trying. As long as iOS is a tightly closed ecosystem, people will keep trying to break into it – so that others can break out of it. The spirit of the iOS jailbreak will live on as long as Apple remains resolute with its “lock-down” attitude.

But that’s just one man’s opinion. What’s yours?