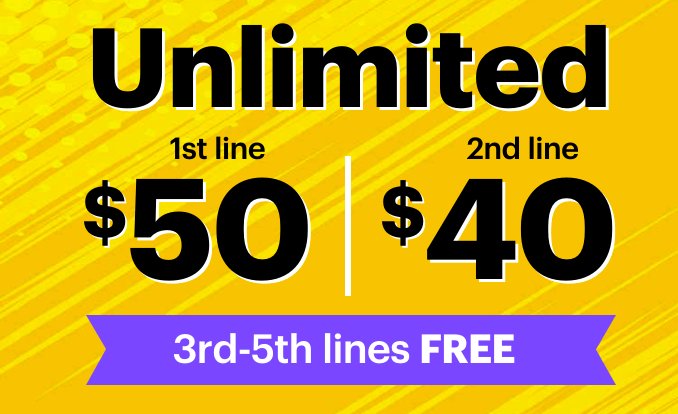 Sprint is going all out to woo customers who are currently with other service providers, and is currently offering switchers unlimited service for a full year. What are the terms of the offer, and are there any significant “catches” you should be aware of?

Surprisingly, the “catches” seem quite reasonable, as are the terms of unlimited usage.

There’s a $50 activation charge for the first line, $40 for the second, and no charge for the third to fifth lines. A maximum of five lines are allowed per subscriber.

The terms of use are fairly simple: 1080p cap on streaming video, 1.5Mbps for music and 8Mbps for gaming. Data is capped at 23GB per billing cycle, and speeds will be throttled for the remainder of the cycle, if exceeded.

For hotspot, P2P usage and VPN, there’s 10Gb of data available per line.

That’s actually quite reasonable when you consider that you don’t actually pay anything for the service. It’s free for a whole year, meaning 12 billing cycles from the time you switch.

Why is Sprint offering such a sweet deal? In one word, competition.

Smartphone penetration in the United States is at an all-time high, at 81% as of December 2016. There were 321.4 million people in the Unites States as of 2015. That means more than 260 million people already have a smartphone, and it’s obviously already on a plan with one of the many carriers in the country.

Sprint is only the fourth largest network in the U.S., and growth is extremely slow for all the top carriers, who are merely stealing customers from each other rather than actually expanding the potential market.

Sprint has actually been losing market share for several quarters now. In that light, we can either look at this new unlimited offer for switchers as a desperate attempt at increasing subscriber user base, or as a brilliantly strategic offer that achieved the same objective.

Dig a little deeper and you’ll see that the first is more likely of a possibility. Just look at the way their stock price dipped right after their last earnings call last month, on May 3. 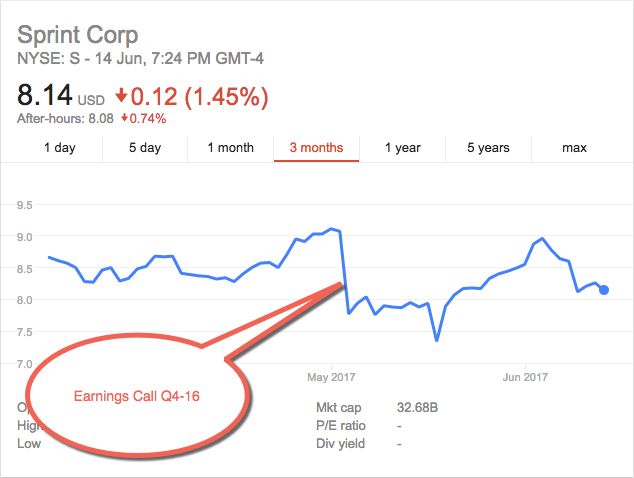 One of the reasons for that is net subscriber additions, the other major one being their state of profitability. If Sprint can’t show a significant uptick in its subscriber base this quarter, they’re likely to take another hit. And that’s bad, especially at a time when they’ve come only half-way in their five-year plan to turn things around.

On the other hand, adding millions to their postpaid subscriber base now will translate into significant gains the following year, when these customers start getting billed on their new plans. And that’s not considering the activation fees they’ll be collecting up front. But more importantly, it will lift investor sentiment and give them a hope of reaching a profitable state of affairs over subsequent quarters.

So, desperate bid or not, this is an extremely attractive proposition for anyone who’s on a postpaid plan with another carrier. We’re sure that the folks at AT&T, Verizon and T-Mobile will be keenly watching their own retention numbers over the current quarter to see how many of their numbers “defect” to Sprint.