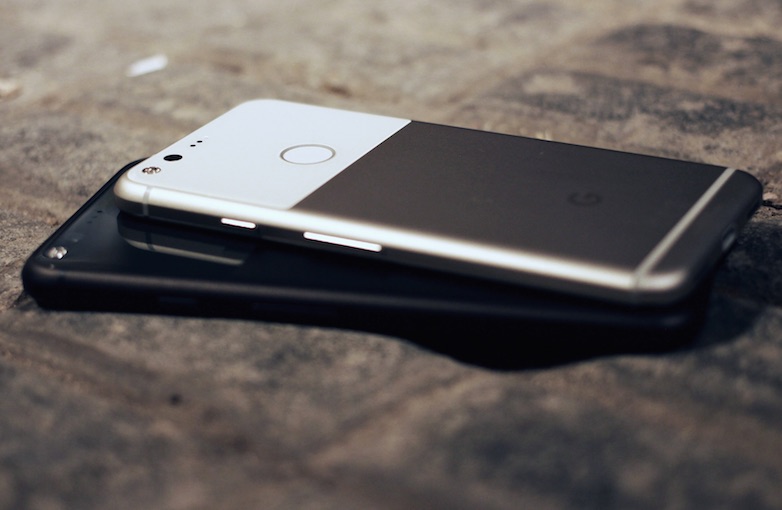 That implies that both these devices could be very different from each other, unlike the Google Pixel and Pixel XL launched last year, where the only differences were in their sizes and battery specs. Other than that, everything was pretty much the same with both phones.

This year, though, it looks like a lot of attention is going into the Google Pixel 2 XL, codenamed Taimen. While the Pixel 2 is reported to have very similar looks and specs to last year’s Pixel model, the Pixel 2 XL is going to sport an OLED panel with an edge-to-edge display just like iPhone 8 reportedly has, and Samsung’s Galaxy S8 and S8+ already have.

The Pixel 2 XL may also go the iPhone way and ditch the 3.5mm audio jack, but there aren’t any verifiable sources of information at this point. It would certainly be an odd match if one model had the traditional audio jack and the other didn’t.

The Pixel 2 XL could also have a rear panel overhaul, since it would have to be redesigned with the near-zero-bezel OLED display in mind. Google may well have LG do a slightly different glass and metal look for the back panel so its more in line with the front, esthetically speaking.

Internal specs are pretty much the same, but the larger Pixel 2 XL could have more internal storage.

These two models being very different from each other is not necessarily a bad thing. In fact, the OLED panel could make the Pixel 2 XL more popular than its smaller sibling. And, of course, it’s going to be pricier as well, so you won’t hear Google complaining if that happens. Margins are extremely tight in the smartphone business, and higher-priced models are generally more profitable than variants with more modest specs.

From a consumer’s perspective, it’ll be great to have a choice of two very different-looking devices from the same family of smartphones. The performance is guaranteed to be awesome on both devices, so that’s not going to be a concern. It boils down to a matter of how much more desirable the Pixel 2 XL will be over the Pixel 2.

The release is still a few months away, so we should be getting a steady stream of leaks and information from the supply chain partners leading up to the launch. That’s where most of the legit information comes from, anyway.