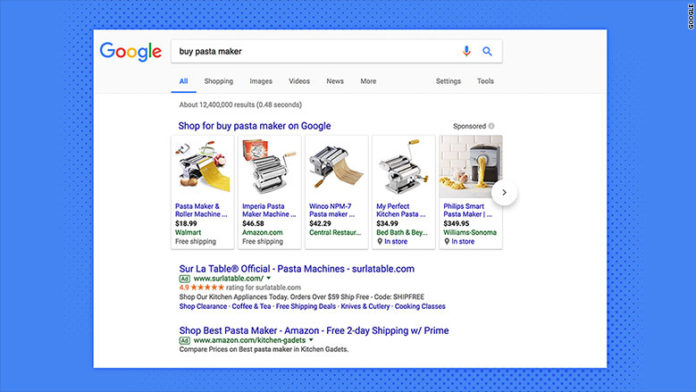 The European Commission today caused waves in the technology world when it slapped a massive 2.42 billion euro fine on Google for manipulating search results and leading traffic to its own shopping platform.

The fine, equivalent to about $2.72 billion, is the largest of its kind, and is the latest attack on tech companies doing business in the EU. The issue with Google Search in the region goes back to 2010, and relates to search results being preferentially served to favor Google’s own partner sites and platforms.

The largest such fine, until now, was levied against Intel in 2009, and the company is still fighting against that €1.06 billion ($1.2 billion) penalty. This one is more than twice that much, and represents no less than 2.5% of Google’s 2016 revenues.

Its parent company, Alphabet, currently holds a cash pile of $92.4 billion as of March 2017.

According to the European Commissioner for Competition Margrethe Vestager:

“What Google has done is illegal under EU antitrust rules. It denied other companies the chance to compete on the merits and to innovate. And most importantly, it denied European consumers a genuine choice of services and the full benefits of innovation.”

The enormity of the fine was attributed to “the duration and gravity” of Google’s actions, added the Commissioner.

On Google’s part, the company is considering an appeal. The Commission has given the company 90 days to change its practices, which basically means it has to allow retail rivals the benefit of competing on an even level with Google’s own initiatives in shopping.

Though the EU’s problems will Google date back to nearly seven years ago, the problem, as it relates to the retail industry, is only about four years old. Variously called Froogle, Google Shopping Express and Google Product Search, among other things, Google Express seems to be the focal point of the penalty.

Google’s troubles with the EU and EC arise from the fact that it is the dominant search engine around the world. The company’s stand is that it tries to serve both users and advertisers “in ways that are useful for both,” and that’s a challenge on its own.

Whether or not Google is manipulating search results is against the law is for the EU courts to decide, but when you think about it logically, why shouldn’t Google push its own partners to the top of search results? Isn’t that what all retailers do – online and offline?

Think about it for a minute.

What retailer doesn’t put high-margin products in a prominent position on its website or in its stores? Aside from fast-moving merchandise, high-margin goods are a preferred product group for any retail company. It’s a delicate balance between volume and profitability.

Let’s look at it from another perspective: Amazon spends millions of dollars to advertise on Google’s search engine results pages (SERPs.) And they’re getting adequate returns, or they wouldn’t keep increasing their AdWords budget year after year. In 2016, Amazon spent $2.8 Billion on digital marketing, 91% of which was spent on search advertising. It’s reasonable to assume that a bulk of that $2.548 billion was spent with Google.

However, does Amazon go out and sue Google just because its search ads are below Google’s own special search box for Google-partnered products?

The only reason EU has a valid argument is because Google Search is so dominant. That’s why it’s an antitrust issue rather than anything else.

The matter could take years to be resolved, as with the Intel case. For now, Google is playing it low-key as the EU frets and fumes about search results and monopolization. The next 90 days should tell us a lot more about how the situation will progress.