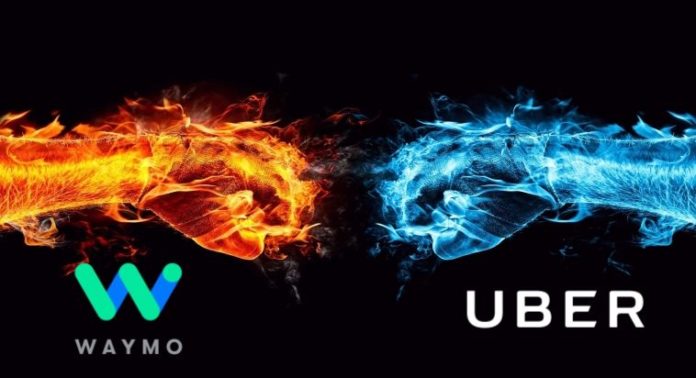 In a new response to presiding District Judge William Alsup’s questions, Uber claims that no one in the company was aware of any data theft from Waymo until the latter had filed the lawsuit. Meanwhile, Aphabet, Waymo’s parent company, is claiming that Uber is engaging in a cover-up, and that it knew full well that it was hiring an employee in possession of stolen information.

In response to the allegations, Uber stated:

“(Alphabet) has turned up exactly zero evidence that any of the 14,000 files came to Uber and that Alphabet is resorting to peddling a ‘cover-up’ theory that was explicitly rejected by the Court as recently as last week.”

Uber maintains, per a court filing on Wednesday, that it explicitly laid out terms in Anthony Levandowski’s contract that would deter him from bringing any data over from his former employer, Alphabet. It also claimed that it had no reason to believe that Levandowski’s possession of the files was meant for any improper use, adding that Levandowski was merely holding on to those files as insurance against non-payment of bonuses due to him from Alphabet after his departure there.

“The evidence clearly shows that stolen information has already made its way into Uber’s technology. We’re not convinced by Uber’s attempts to distance itself from a former star engineer it paid $250m to come to Uber while knowing he possessed Waymo’s proprietary information. Rather than do the right thing, Uber took part in a coverup, only firing Mr Levandowski after their actions were exposed in litigation.”

“This is the best indication yet that Waymo overpromised and can’t deliver. Uber took precautions to ensure that no former Google employees, including Levandowski, brought Google IP with them to Uber—and it worked. After searching through terabytes of data, deposing numerous employees and spending 55 hours with free reign to inspect our facilities, Waymo has turned up exactly zero evidence that any of the 14,000 files came to Uber. In recent days, Waymo has blamed a law firm, a third party forensics vendor, and now that it is becoming more and more clear that this downloading had nothing to do with Uber, they resort to peddling a ‘cover-up’ theory that was explicitly rejected by the Court as recently as last week.”

Clearly, this is a complex legal matter with several nuances that must be put together carefully to obtain the real picture. District Judge Alsup’s latest position is that Alphabet has not provided strong evidence that Levandowski brought the files to Uber in order to deploy the technology there.

For now, it looks like Uber may well wriggle its way out of this one, which is critical considering the state of the company even prior to CEO Travis Kalanick stepping down from his post.

But it could go both ways, and it could be a long-drawn-out case. While it’s crucial for the car-hailing company to get out of this one, it is equally important for Alphabet to protect Waymo’s IP, which is estimated to become a $70 billion business in the future, nearly doubling Alphabet’s current revenues.