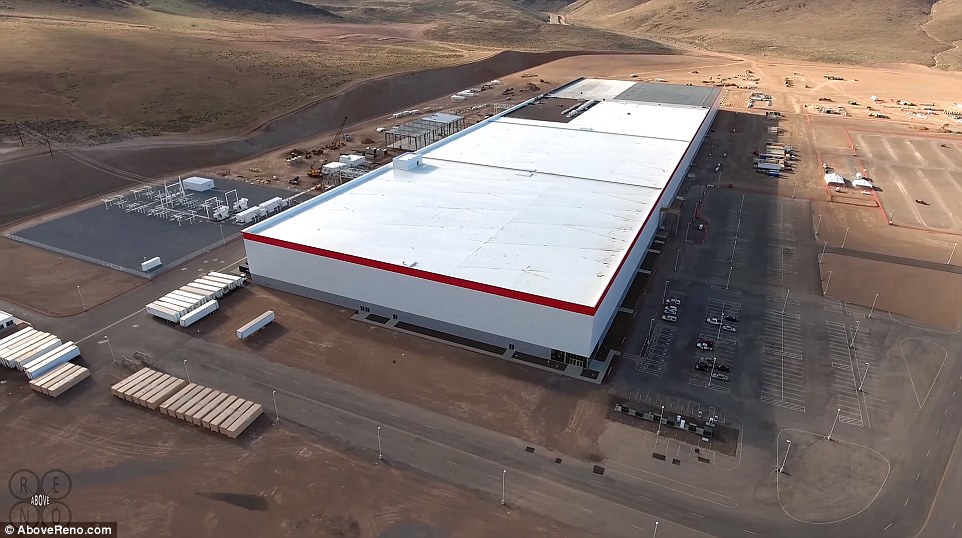 The massive Tesla Gigafactory in the Nevada desert is projected to be the world’s largest battery factory by 2018. Tesla’s mission is to accelerate the world’s transition to sustainable energy. The facility is a huge setup stretching 3/4 mile long and 1/2 mile wide, and part of an effort to bring down the cost significantly, while pushing the boundaries of what mass-produced batteries can do.

While the setup is massive, no doubt, China now is poised to play spoilsport to Tesla’s Gigafactory.

Tesla’s Gigafactory is projected to produce more lithium ion batteries annually than all the world’s li-ion battery production in 2013, says Tesla. This includes batteries that are used in smartphones, laptops and other personal electronics. In all, the global battery-making capacity is forecast to multiply manifold in the next five years as electric vehicles are released in huge volumes.

Tesla had its own challenges in cracking the Chinese market because it has to import cars, with prices getting bloated by import duties and shipping costs. On the other hand, to build cars in China, the current regulation says that it has to partner with domestic firms by sharing its confidential intellectual property. Tesla does not want to share that with another carmaker, let alone China.

But now, Chinese companies are coming up with additional factories to increase their battery production contribution from 55 percent to 65 percent by 2021. As of now, 55 percent of global lithium-ion battery-cell production is already coming out of China, while 10 percent of it is from the U.S. The Chinese government is aggressive in promoting electric cars to fight pollution so, naturally, China is working towards acquiring a major share in both electric vehicle and battery production as future technologies.

The Chinese government sees lithium-ion batteries as a hugely important industry in the 2020s and beyond, to fight rising pollution.

The Tesla Gigafactory, in cooperation with Panasonic and other strategic partners, aims to produce batteries at a significantly lower cost; the factory is also powered by renewable energy sources, with the goal of achieving net zero energy status.