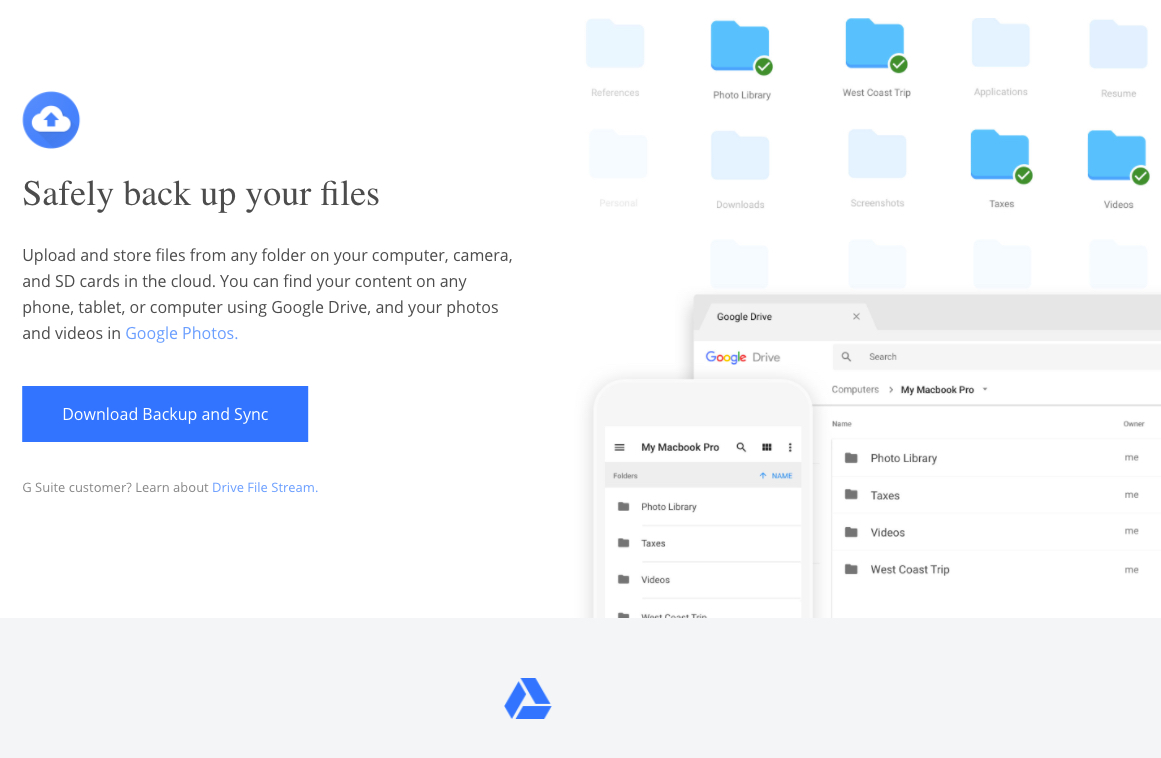 Google today launched a much-anticipated desktop app called Backup and Sync. Not one to mince words, the company is encouraging users to sync whatever media they have on their local systems to a location in the cloud. Essentially, it’s going to act as a replacement for older Drive client applications, as well as for the older Photos app.

The tool will be mindful of any existing settings you have on your Mac or PC for backups, but you can basically sign into your Google account and specify which folders need to be backed up regularly to Google Cloud.

Not only does Backup and Sync keep your desktop backed up at all times, but it can also access and sync data from external memory devices like USB sticks, hard drives, cameras and SD cards.

Google is advising business users not to install this tool for now, and that’s presumably because excessive usage could force the company into a different tariff tier. Great for Google, but not great for CFOs.

For enterprise and business users, Google has something else in mind called Drive File Stream. The public launch is still some time away, but GSuite users can opt-in to their Early Adopter Program if they’re interested.

The consumer version of the tool is also being seen as a solution to ransomware attacks. If your system is compromised, you don’t need to worry about losing access to data. While Microsoft’s job is to make its own Windows OS a lot safer from ransomware attacks, Google just wants to preserve your data ‘off-site’.

Get Backup and Sync from Google

Backup and Sync offers a lot of flexibility, and you can change a number of settings to your preference, including controlling parameters like image quality and video bitrates while uploading to the cloud. Advanced Settings have even more granular operations, such as how deleted files are to be handled and how much bandwidth is used for uploads and downloads.

Oh, and it also lets you upgrade your Google Drive space, just in case you end up overshooting the current free or paid limit with all that crazy syncing you’re about to do!