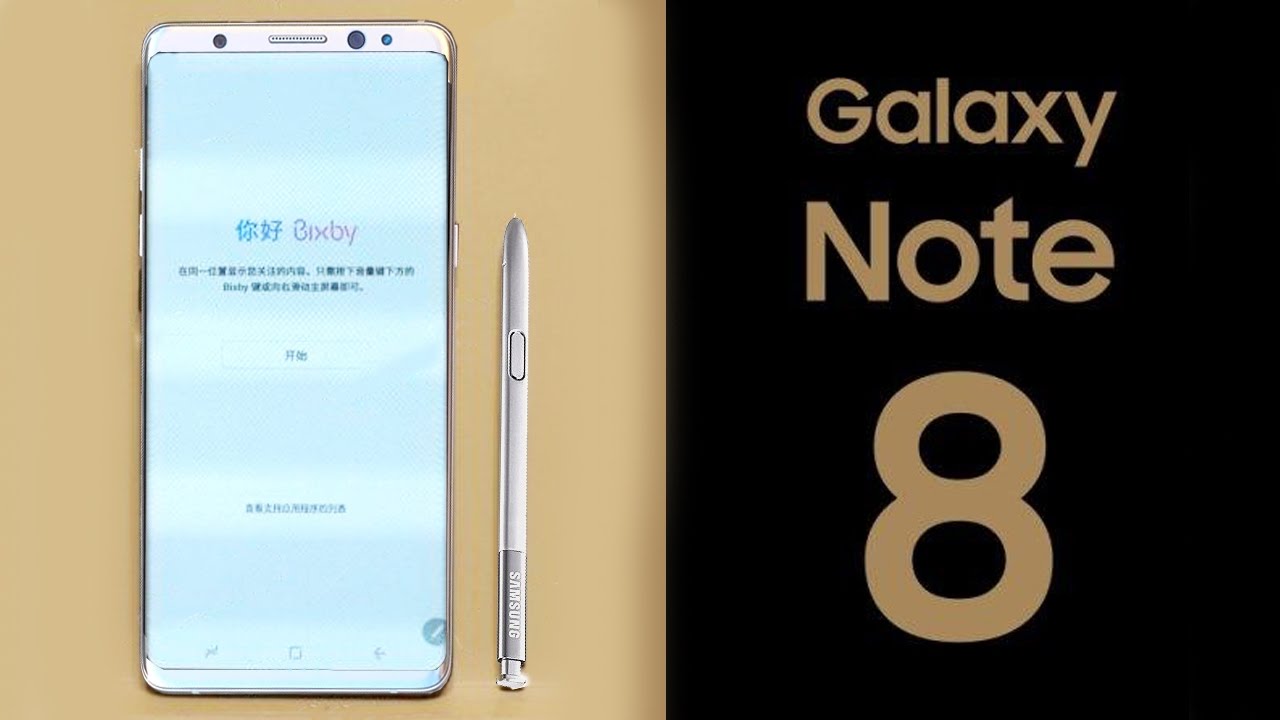 Samsung must be eagerly gearing up for the release of Galaxy Note 8. After the utter disaster of the Galaxy Note 7, we’re impressed by how Samsung has bounced back against the harsh regulatory brick wall, not to mention the deluge of negative PR that rained on it for several months.

The Korean electronics giant has already sent out invites for what can only be the Galaxy Note 8 launch, on August 23, at an event in New York. This is Samsung’s second most crucial comeback launch after last year’s troubles, and as such, will re-define Samsung’s ‘strength of presence’ in the smartphone world.

So far, there have been several rumors and images leaked through various renders and sources; and at times, accidentally, Samsung itself has teased and taunted the public with specifications leaks, design revelations and even some of the new features.

With all this overload on renders and rumors, we are pretty clear on what we can expect from Galaxy Note 8 when it is unveiled.

In a series of tweets culminating with the final full-specs post, Evan Blass has revealed (nearly) everything about the upcoming Samsung Galaxy Note 8 ahead of its launch. He’s notoriously good at getting the scoop, with an impressive track record.

Though Samsung has announced the launch date of August 23, with pre-ordering opening after two days, there’s no clarity on when the device will hit store shelves.

Galaxy Note 8 is also said to be Samsung’s first smartphone to break the price barrier of $1000, similar to what we can expect from iPhone 8.

Our findings, through the many rumors and leaks so far on the Samsung Galaxy Note 8:

The Galaxy Note 8 will sport a 6.3-inch super AMOLED display with a resolution of 1440 x 2960 pixels. It will have curved Infinity Display, and the screen is to be embedded with the fingerprint scanner. Bixby AI Assistance will be built in.

The device’s processor is a Qualcomm Snapdragon 835 chip, and the device will run on Android Nougat out of the box.

Note 8 is believed to have a dual lens system for the rear facing camera, with water and dust resistance per IP68 certification. Note 8 will have USB-C, a 3.5mm headphone jack and built-in storage of 64GB expandable with microSD, and 6GB of RAM.  There will be no bezels on the sides.

Except for the US variant, the Galaxy Note 8 will be shipped with Samsung’s own Exynos 8895 SoC. On the battery front, it is powered by a 3,300mAh battery supporting fast charging through USB-C, as well as the slower but more convenient wireless charging. One of the images of the S Pen confirms that the stylus will be similar to the one shipped with Galaxy Note 7.

One of the significant features of Samsung Galaxy Note 8 will be its dual cameras at the back supporting optical image stabilization (OIS). The camera will sport 12MP + 12MP rear sensors, the second one with the telephoto lens with f/2.4 aperture and 2X zoom.

It is reported that it will come in four color variants, of which Deep Blue Sea being the most catching: Midnight Black, Maple Gold, Orchid Grey, and Deep Sea Blue.

On the price front, Galaxy Note 8 is expected to be priced around €999, making it the most expensive smartphone that Samsung has ever made.

Evleaks leaks a new image ahead of the launch, which shows a boxier design in line with the rest of the Note series. The bezels seem to be much thinner, and sports a dual camera alongside a rear-facing fingerprint scanner.

BGR reports on a document found in Samsung’s Australian website about pre-orders for Galaxy Note 8 starting on August 25, after its official announcement. The document also mentions free screen replacement within 12 months of purchase under Screen Assure Program. In an earlier post, BGR reported that the Note 8 will have a boxier design with Infinity Display and a dual camera on the rear side with the fingerprint sensor.

That’s everything known about the Galaxy Note 8 from Samsung as of today. We still have three weeks before the official launch, and only the real thing can satisfy our craving to know for sure.