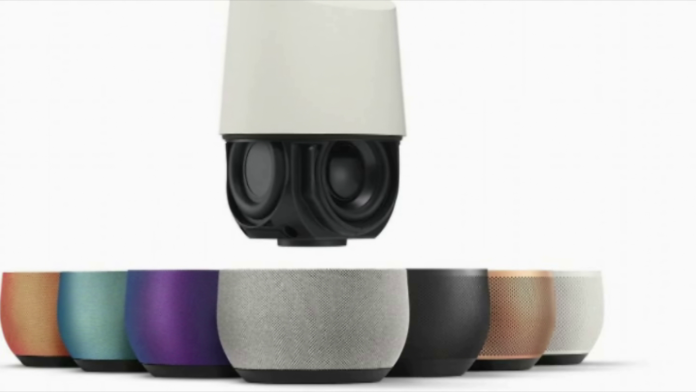 Recent news reveals that Google will be launching a premium Chromebook and a miniature version of Google Home smart speaker along with the two Pixel devices scheduled for this year, the Pixel 2 and the Pixel 2 XL.

The premium Pixel-branded Chromebook is expected to come in two models – one with an Intel Core i5 2.2GHz processor and the other with a higher-end 2.4GHz Core i7. The i5 version comes with a 32GB SSD drive and 8GB of RAM, while the i7 variant sports 64GB of storage and 12GB of RAM; the top-end model has also been upgraded to the latest Intel HD 5500 integrated graphics chip. The low-end Pixel-branded Chromebook is expected to be priced at $999, while the latter will come with a price tag of $1299. Sales are said to be limited to the US at this point, but that could change based on various factors.

The Chromebooks with come with an original-design metal case, and distinctive 3:2 ratio touch-screens with a resolution of 2560×1700 pixels. The battery has been upgraded to 12 hours of power, which is a major boost. The devices will have the new Type-C charge port and support 4K resolution. Also, they will come with two USB 3.0 ports and one SD card slot. Needless to say, the device will be preloaded with Google’s Chrome OS, with the latest updates automatically downloaded.

The speculation is that the upcoming Chromebook could be a device born of Project Bison, which was reported last year. It was intended to be a serious competitor to Apple’s MacBook and Pro. However, things are a little unclear due to the lack of information around it.

The second product is the Google Home “mini”, a smart speaker with Google’s digital assistant powered by artificial intelligence. It’s basically a smaller version of Google Home, but the features and dimension are unclear. The product is rumored to be unveiled during the launch of the Pixel 2 smartphones this fall.

The company has only announced that it will unveil all the products during the fall event, but hasn’t confirmed the date yet. Last year, the Pixel smartphones were unveiled in October, so we can probably expect the new phones and other products around the same time.