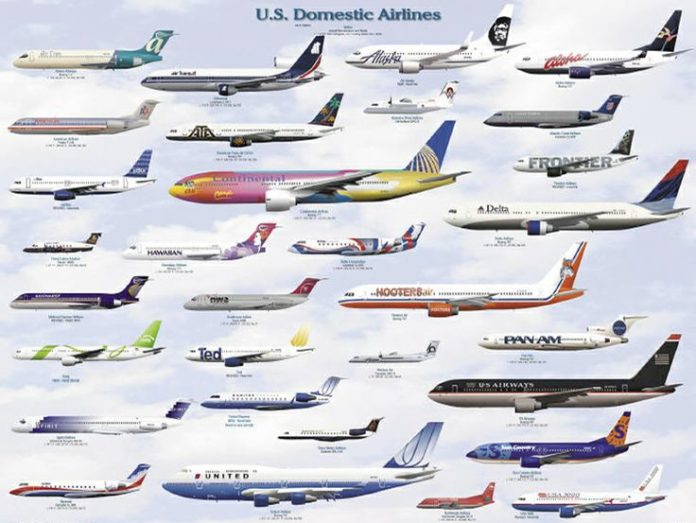 Choosing the right airlines to travel with is always a headache. Do you want the lowest fare possible or do you want to prioritize punctuality? Then there’s always the question of how well you have been treated before and whether you liked it enough to ask for seconds. To make things easier for us, air travel website The Points Guy releases its data driven rankings every year.

Special Tip for Long-term Travelers: If you’re going on a really long trip, you may want to consider hiring a house cleaning services company when you return. Some good old deep cleaning after weeks of being uninhabited will rid your house of dust, mites and other pollutants and parasites that will have had the run of the place while you were gone. As they say, when the cat is away…

Alaska Airlines has made it to the top of the pile for two years in a row. The fifth largest airline in the United States continues to be a favorite for its customers, and ranked in the top 3 across half of The Points Guy’s criteria, including airfare, on time arrivals, baggage handling, customer satisfaction and frequent flyer program.

But there is a catch, though: the company is in the process of merging with Virgin America. So far the merger has not affected the company’s performance on the ground or in the air. And if the combined entity stays at the top of the pile in 2019, Alaska will remain the airline to beat for a very long time.

Southwest needs no introduction, but the world’s largest low cost carrier sat at a lowly sixth position in last year’s rankings, making one wonder what’s going on with the company. But the Dallas, Texas-based airline soared to second place this year.

Southwest scored well in two key areas: low airfare and because of the increased size of their already substantial route network. This coupled with strong customer satisfaction scores helped the company move up in this year’s rankings.

Delta followed Southwest to the top, moving from the seven position last year to the current third position. The points guy notes that Delta showed improvements across several criteria such as airfare and bumps, while maintaining a top 3 score in on-time arrivals, lost baggage and network size.

United’s fall from grace continues as the world’s third largest airline dropped two positions compared to last year. Though United made its own life difficult in 2017, thanks to the way it handled the forced removal of a passenger, the PR disaster was not the reason behind the drop in rankings. The airline actually improved its performance in involuntary bumps and even decreased customer complaints by 17% year-over-year, but several other airlines improved in that category even more, and United fell behind in other areas such as airfare and lounges.

Frontier is the other biggest gainer in this year’s rankings. The Denver-based airline moved from the ninth spot last year to reach the fifth spot for 2018. The travel website cited improvements in baggage handling and aggressive expansion of its route network as the factors behind Frontier’s rise.

American Airlines didn’t move much up or down, landing at #6 this year after coming in fifth last year. The points guy was unsparing about the company’s performance as it noted the mediocre numbers put up by American Airlines in on-time arrivals and lost baggage. American Airlines performed poorly in the Customer Satisfaction criteria as well, only managing to better low-cost carriers Frontier and Spirit.

Spirit moved three spots up this year, from the bottom of the pile – tenth position – last year to seventh this year. Spirit had a massive jump in the area of checked baggage, leading the entire industry in minimizing lost bags. But the carrier came in dead last in fees charged for checked bags, keeping the airline mired in the bottom three of the rankings.

Jet Blue was the biggest loser this year as the company dropped four places to reach the eighth spot. The airline dropped the ball in several areas, including on-time arrivals, baggage and change fees, and customer satisfaction. Though Jet Blue got higher ratings in cabin comfort and economy class experience, the gains were offset by slow expansion and barely competitive airfare rates.

It is a bit odd to find Hawaiian Airlines at the bottom of the list, but the small size of the airline tends to work against the company as the points guy gives a lot of importance to airfare and the size of an airline’s route network, and Hawaiian doesn’t do well in either of those areas. But the airline had its own strengths, scoring well in both on-time arrivals and avoiding involuntary bumps.

So there’s the rankings for 2018 based on several criteria as assessed by The Points Guy. It may or may not influence your decision to take one over the other, but if there’s a choice and you had this list handy, it will definitely help.