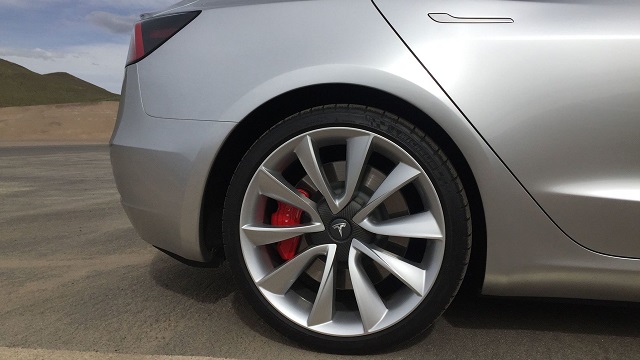 After Consumer Reports failed to recommend the Tesla Model 3 because of poor braking distances, Musk quickly addressed the issue with his engineering team and promised a quick response.

That response came shortly after the report, and Edmunds has now confirmed that braking distance on the Model 3 is now considerably shorter than before.

The report from Edmunds showed that the earlier braking distance of 133 feet (the Consumer Reports average was 152 feet) from 60 mph was now down by at least 10 or 11 feet.

The update to the braking system was deployed over the air (OTA update), and the new average braking distances are now well within the class average of 131 feet from 60 mph.

Clean Technica raised some very important questions in its article, including whether or not Tesla is putting enough effort into pre-production for critical aspects such as braking distance.

The fact of the matter is, Tesla is indeed in the spotlight (media and peer) for several reasons. The internal combustion engine-based automobile industry wants to see Tesla fail on the engineering front. The media wants it to fail on the performance and reputation front. The stock market shorts want it to fail on the financial front.

Naturally, when you have a trailblazer like Tesla trying to upend a century-old industry, you’re going to have a lot of friction. So, the answer one of Clean Technica’s questions, while it’s not necessary for an organization like Consumer Reports to monitor Tesla’s product performance, it does keep the company on its toes.

That’s the way it should be. Tesla is setting some pathbreaking milestones on its journey to make the first mass-market long-distance EV a reality. True, they’ll make mistakes along the way, and there’s nothing wrong with anyone pointing that out. At least these issues are addressable with OTA software updates. Have we forgotten the continuing model recall situations that traditional automakers regularly go through? Those are reported as well, so why should Consumer Reports pointing to a Model 3 flaw be looked at any differently?