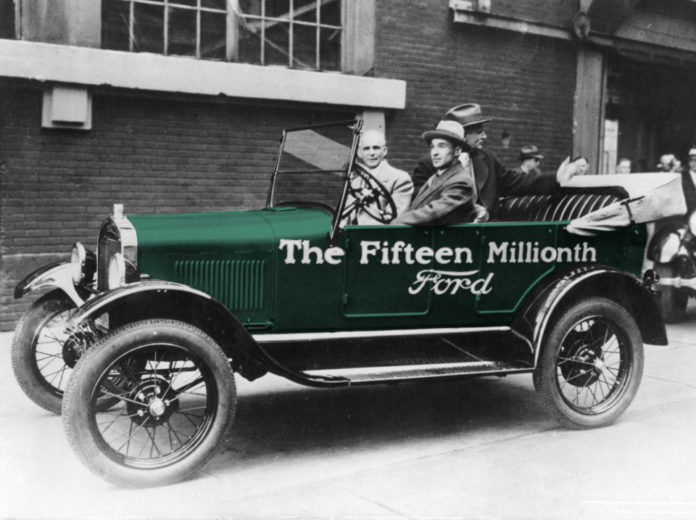 Elon Musk owns two gasoline cars. Not just one, but two. The revolutionary Ford Model T, which changed the way we live and a Jaguar Series 1 1967 E-type Roadster.

I own two gasoline cars. One is a Model T that a friend gave me and the other is a Series 1 ’67 E-type Roadster. My first love.

Henry Ford’s Model T was a real game changer, one that completely changed the global auto industry. Model T was not the first car that humankind drove, but it was the first car to truly aspire to be a mass market automobile a.k.a affordable one.

Henry Ford figured out early on that if he wants to bring the cost of car ownership down but still increase the reliability of the vehicle, the best way to do is – by reinventing the process of building them.

Tesla keeps looking up to Model T. Because its the car that revolutionized the industry.

On October 1, 1908, the first Ford Model T was built at the company’s Piquette Avenue plant in Detroit. Between 1908 and 1927, Ford built nearly 15 million Model T cars, but its the ramp from 10,000 to 500,000 Model Ts we are interested in. Ford took nearly eight years to reach annual production of half a million cars.

Tesla is close on its heels.

Henry Ford wanted to build affordable cars. Dreaming is one thing, but achieving the objective is something else. In 1909, Model T Touring was sold for $850, not exactly an affordable price point for the masses. But Ford kept driving the price down as production kept increasing. 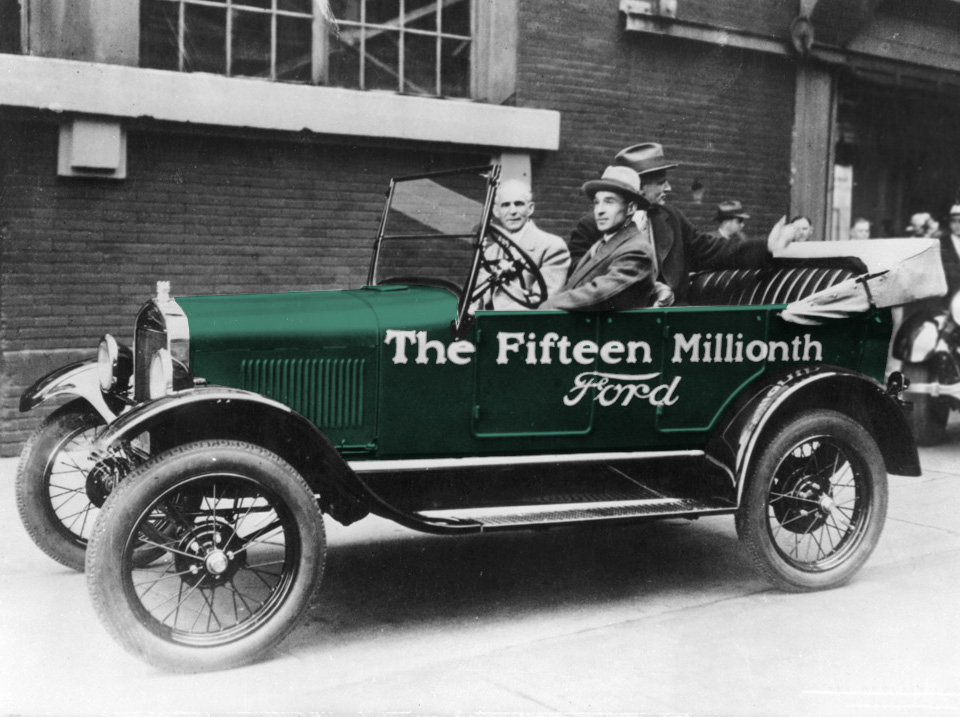 How did he do it?

“In 1909 I announced … without any previous warning, that in future we were going to build only one model, that the model was going to be the ‘Model T,’ and that the chassis would be exactly the same for all cars … I thought it was up to me as the designer to make the car so completely simple that no one could fail to understand it. That works both ways and applies to everything. The less complex an article, the easier it is to make, the cheaper it may be sold and therefore the greater number may be sold.” – Henry Ford

Henry Ford was able to keep pushing the price down because he kept things simple. 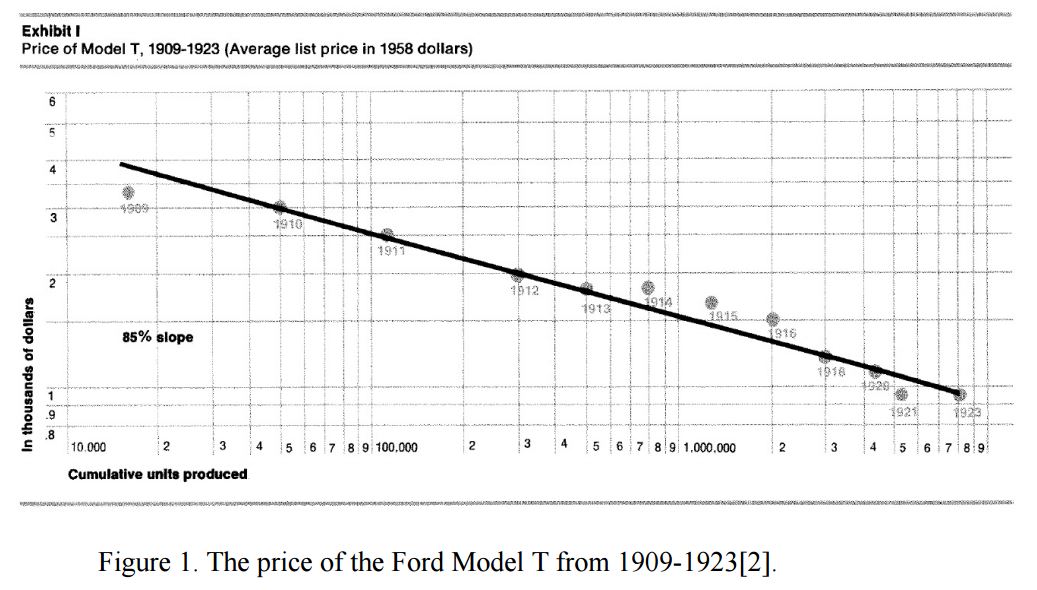 “So, by making a single product — for more than a decade, with few variations and options permitted — Ford could reduce his costs considerably”, wrote Richard Koch and Greg Lockwood in their book Simplify

Tesla has three Models, the S, X and 3. But the model line up is expected to stretch from $35,000 all the way to $150,000. There are automakers with multiple models models competing within the same segment. BMW 3 Series, 4 Series, GT and so on. Tesla’s 3 models are as simple as you can have in today’s automotive world.

The Model T not only changed the auto industry but it also changed the way we analysed economics. Model T proved it beyond any doubt that there is economies of scale. Then there is the 1936 Wright’s law that “states that progress increases with experience — specifically, that each percent increase in cumulative production in a given industry results in a fixed percentage improvement in production efficiency.”

The cost of a unit decreases as a function of the cumulative production.

Model T benefited from both these factors, economies of scale and the experience curve.

The learning curve also is referred to as the experience curve, the cost curve, the efficiency curve or the productivity curve. This is because the learning curve provides measurement and insight into all the above aspects of a company. The idea behind this is any employee, regardless of position, takes time to learn how to carry out a specific task or duty. The amount of time needed to produce the associated output is high. Then, as the task is repeated, the employee learns how to complete it quickly and that reduces the amount of time needed for a unit of output.-  Investopedia

Will this help Tesla?

“Yeah, I think we can do over half a million vehicles – actually probably more like 600,000 vehicles with current Giga and Fremont,” said CTO Jeffrey B. Straubel during the second quarter 2018 conference call with analysts.

If the cost of unit decreases as a function of cumulative production, Tesla will have plenty of room to further reduce the cost of production and continuously drive prices down. Though the company keeps getting slammed for not building $35,000 Model 3, there is a living example in the form of Model T – Price decline can be set on a steep downward slope by continuously increasing production.

The more Model 3 Tesla builds, the less its going to cost the company. The less it costs the company, the lower Tesla can price the Model 3, which in turn can further increase demand.

A Vicious cycle of Growth.