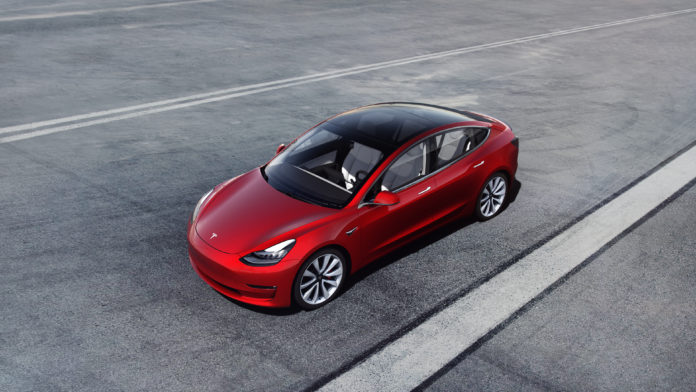 “A rapid adoption of electric vehicles could cause world oil demand to reach a plateau in the second half of the 2030s”, The Organization of the Petroleum Exporting Countries (OPEC) said in 2017 World Oil Outlook Report.

And adoption is taking place at a furious pace around the world.

The world’s number one auto market in the world has raced to become the world’s number one EV market as well. In 2017, plug-in sales (777K) accounted for nearly 2.7% of the  Chinese Auto market. Under China’s cap and trade policy, at least 10% of cars produced by Automakers should be plug-in vehicles by 2019 and the number goes up to 12% by 2020.

Let’s forget China for a moment.

EV adoption in United States has lagged many countries for the past several years. Blame any number of factors – Confused government policies, range anxiety, lack of charging network, fear of new technology and what not. The US is still counting EV sales with its fingers, Period.

But things are changing and 2018 is going to be the pivotal year for EV adoption in United States.

The year that changed everything completely.

At the current rate, EV sales is all set to more than double in 2018 compared to 2017, and there is a good reason why I believe it will double or may be even triple in 2019.

In the gloomy US Small and Midsize Passenger car (sales wise) segment, Tesla Model 3 is the lonely rising star. But passenger car sales across segments is not declining because of Tesla, but because of the on-going SUV craze.

Tesla is swimming against the current SUV tide but still manages to come out on top month after month.

BMW passenger cars (all models) reported a decline of -8.7% in July, while the Bavarian star’s SUV segment posted 0.1% growth in United States. Mercedes-Benz reported sales declines of 29.4% for C-Class, 10.3% for E Class/CLS, but captured 66.8% growth for its GLC SUV.

Automakers are indeed watching the EV market closely. Merc and BMW are saved in the short term by offsetting passenger car sales decline with growing SUV sales. But Tesla Model 3 is gobbling up market share in the small and midsize segment, while the S and X are holding their ground in their respective segments.

Simply put, for BMW and Merc, sales is moving sideways while Tesla’s graph is north bound.

Unless existing players are ready to keep losing their market share to Tesla Models, they need to do something. Then there is Nissan Leaf and GM’s Chevrolet Bolt to worry about. Both Nissan and GM have tasted success and they are not going to stop at the head start they have over other rivals who are yet to find their feet in the EV market.

Stefan Niemand, Audi’s electric-mobility chief  at the Technical Congress of the German Association of the Automotive Industry (VDA) – “I hate to admit it, but Tesla did everything right. Those who had ever driven electrically are lost for the internal combustion engine for all times.”

Automakers have no choice but to compete with Tesla, GM and Nissan or risk losing their ground for ever. But there is good news, article after article screams that a Tsunami of Tesla competitors are arriving in 2019.

It’s a good thing isn’t it. The more choice the customer has, the better it is for the industry. The more electric cars keep rolling out, the more customers are going to buy them. They say its cheaper to maintain due to lower number of moving parts and its cheaper to run, as they are electric and you can charge them at off-peak hours.

Heck, there are reports that say that battery packs can live longer than the car and some electric cars like Model S have crossed 400K miles on the odo and still hungry for more.

Though we don’t know exactly how many new EV models will arrive in 2019, Automakers will do everything they can to enter the market. The more the merrier. Selling 300,000 units in a market that sells more than 17 million vehicles annually is still a drop in the bucket, but I would say never bet against the small guy who keeps growing 50% every year.

He is growing, because the consumers like what he sells. And for oil – Sorry your prime time may be coming to an end in United States, one electric car at a time.

Tesla may be a success story or may be they will go bankrupt as so many keep saying, or they will just go private quietly. But no one can take this away from them – The catalyst for EV adoption in United States and beyond.

Tesla’s mission is to accelerate the world’s transition to sustainable energy. Tesla Model 3 has already triggered it by setting off a rat race.