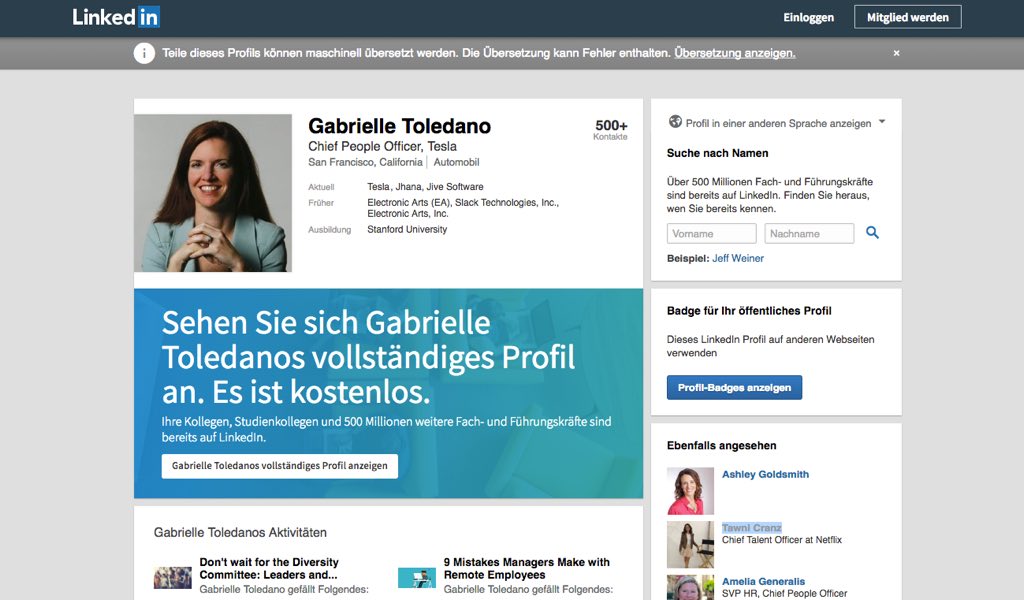 Not many Tesla followers know Gaby Toledano except in the capacity of her being the company’s Chief People Officer. Toledano has recently gone on a leave of absence, and there’s speculation that she could be making an exit the way Doug Field left, joining Apple two months later.

In Field’s case, the leave of absence began in May, and his employment at Apple was announced in July. In Toledano’s case, the media is speculating a similar exit route. It’s an educated guess at best. At worst, it’s a rumor that shouldn’t be taken seriously. It could just be a coincidence.

Here’s the “educated” part of that guess.

When asked about Toledano, Tesla stated: “Gaby previously asked to go on leave to spend time with her family, and we support that. The HR team has been sharing her responsibilities.”

When Field’s leave was quizzed about, Tesla said: “Doug is just taking some time off to recharge and spend time with his family. He has not left Tesla.”

Family is certainly important, but when a senior executive goes on a long leave of absence, it sets alarm bells ringing. And when it happens at a much-talked-about company like Tesla, it gets even more attention from the media.

Field’s role was more critical as Sr. VP of Engineering

That said, Field’s position was a lot more critical than Toledano’s is because he was Senior VP of Engineering. In any manufacturing company, that’s a crucial role. Toledano’s is certainly important, but not critical from an operational viewpoint, although many would disagree.

In Field’s case, Tesla was asked point blank whether he had left the company, which the company denied and may well have been true at the time. His joining – or rather re-joining – Apple two months later is a decision that was clearly taken in the interim. His last day on Tesla’s payroll was June 27.

Of course, we don’t know whether the leave of absence was a metaphor for  ‘notice period’, but that’s what it seems like. Again, educated guess. But it would certainly be quite a coincidence if a news report came out that Toledano has joined another company – especially Apple.

Idle speculation aside, Tesla is currently streamlining itself in terms of manpower as well as production efficiency. Two things are on Musk’s immediate to-do list: keep the Model 3 production ramp pushed to its limits, and put Tesla in the black for Q3. The two are related, and August delivery numbers will tell us how close they are to achieving those goals.

How Can HRIS Software Boost Business Efficiency During a Lockdown?