Home News Tesla Model 3 Does 322 Miles with the Air Conditioning On, and... 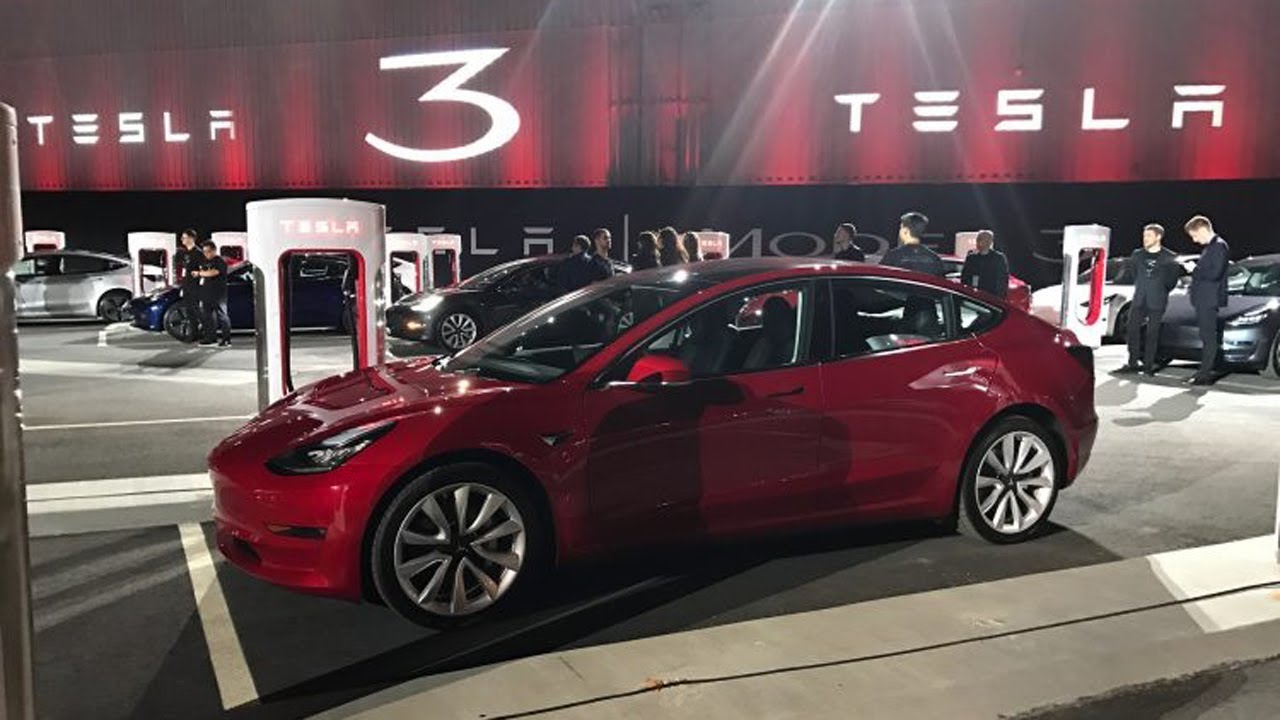 A couple from Vancouver recently drove their Model 3 LR from Vancouver to Portland, Oregon, a distance of more than 300 miles (322.3 miles, as reported by Peter Levey and his wife.) It was a hot day, they said, and they had the air conditioning on the whole time, and still only used 68kWh of the 75kWh battery limit.

That’s significant because the long-range variant of the Model 3 is EPA-rated for only 310 miles. The Leveys did more than that with only 90% of the battery’s full capacity. But the story doesn’t end there.

Unfortunately, during another leg of that same trip, the couple’s Model 3 was rear-ended by a Dodge sedan doing 40 mph. Damage to the Dodge: heavy. Damage to the Model 3: slight.

But the real story starts about two minutes after the accident. Here’s what happened in Levey’s own words, as told to Teslarati:

“I have to say two things, and they are both about Tesla, the company, and their response to us. About a minute and a half to two minutes after the time of impact, my cellphone rang, and I looked at it, and I didn’t recognize the number — it was a 1-877. It turned out to be Tesla Roadside Assistance, and their first question was ‘Our computers show that you suffered a major impact. Are you guys okay? Were you in an accident?’ and I cannot tell you how comforting that was.

“It was just amazing. There we were — we felt alone, we felt isolated, we didn’t feel like talking to the guy behind us for obvious reasons, and there comes a call, and it’s from your car company. So we were incredibly impressed by that. And later in the afternoon, and later in the evening, Tesla Roadside Assistance worked diligently with us to try and get the car into Towing Mode, to give us everything we could try. It was most impressive.”

Tesla not only called them within minutes of the crash, but followed through with a call from the head of safety engineering.

“The next day, when I got home from Vancouver, I got another call from the head of safety engineering, and he wanted to find out how we were. He also wanted to find out ‘What can we do to make this car safer? What can we do to give an even greater measure of safety to the occupants?’ and that was mind-blowing. I’ve never had that from any car company, and I understand why people now say the Tesla Model S, Model X, and Model 3 are the safest cars on the road. That kind of response inspires confidence among customers. They don’t abandon them when accidents happen,”

This kind of care is unprecedented. If you’re a skeptic you could say that Tesla is trying to get some media mileage out of this, but the company had nothing to do with the video that Levey subsequently put up on YouTube. Nor has it commented yet on the story, which may happen if the media reaches out to them.

We’re not going to put down other auto companies based on this one incident. It wouldn’t be fair. After all, they’ve had their cars on the road for decades and, regulatory mandates aside, no car manufacturer can be accused of being complacent about passenger safety. However, the proactive move by Tesla shines a light on how seriously the company considers the safety of its customers. Teslas are known to be some of the safest cars in the world, with the Model S being one of the few cars to get “a 5-star safety rating from both Euro NCAP and the U.S. National Highway Traffic Safety Administration (NHTSA).”

Tesla might be in the middle of a whirlwind of public debate about how well the company is doing on the financial front and whether or not it can sustain its business model, but it’s certainly doing a lot of things right. It has put safety and quality up front and center, and it has pushed the performance limits of electric cars in a way that has inspired the entire auto industry.

As an example of that, here’s what Volkswagen CEO Matthias Müller said in 2015:

Two years later, he said this:

“We have great respect for Tesla… They are the only one who have brought an electric vehicle on the market that you have to take seriously.”

His successor, Herbert Diess, has doubled down on EV battery production contracts, pushing it up to $48 billion.

Even Daimler’s Chairman Dieter Zetsche admires the company, but with an added challenge thrown to Musk’s company:

“Tesla is a successful electric automotive company… [but] we want to be No. 1 by [the] latest 2025 in the electric premium segment.”

Even though top auto executives have slammed Tesla down many times in the past, it’s clear that the winds of change are finally starting to take effect. In an industry where Tesla was the leader last year with 100,000 EVs sold, money is pouring in by the billions. Total investments in the EV segment now stands at $90 billion, with Germany in the lead with $52 billion, China at $21 billion and the U.S. in third place with $19 billion.

And investments are growing as more automakers push the EV agenda. AutoNation Inc’s CEO Mike Jackson says that 15 to 20% of new vehicle sales may be EVs by 2030. And that’s not even an optimistic outlook. Norway is working on eliminating new petrol car sales by 2025 by making it easier and cheaper to own an EV. Britain has set a deadline for banning petrol and diesel cars by 2040 and will only allow hybrids for another 10 years after that. India wants to go 100% electric by 2030, but that’s being seen as more of a political announcement in light of limited follow-through on that commitment. More recently, the government revised its over-ambitious target to 30% EVs by 2030, instead of 100%.

With all the biggest auto markets and auto makers now firmly on the bandwagon, the EV rEVolution is truly underway. It’s only a matter of time before the global shift to EVs starts to make a positive impact on the environment, thereby validating the shift and giving it even more impetus over the next decade to two decades until ICEs are relegated to history books.

And in many ways, it’s all thanks to the success of the Tesla Model 3 and its predecessors. Each one built on the successes and failures of the previous model, and Tesla is well on its way to breaching the critical $35,000 barrier with the Model 3. Future Tesla EVs are going to go down the price ladder, not up. The Roadster (2020) might be the final “smackdown” to end the dominance of ICEs once and for all, but the highly speculated $25,000 EV that Musk said he can make in three years will be the real clincher.