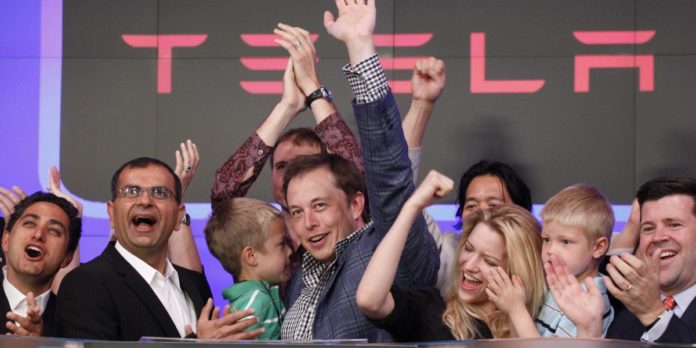 Two back to back articles from two different sources talking about Tesla’s high employee turnover rate is a bit of a coincidence, isn’t it? But both Business Insider and CNBC published pieces about how many employees have quit Tesla over the past months. On the surface, it appears that senior executives are leaving the company in droves and that this is somehow causing instability within the company, but is that really the truth of it?

The first aspect of this that I’d like to highlight is employee tenure. Did you know that the average tenure of an employee at Google (Alphabet) is 1.1 years? And that’s at a company known for its employee-focused culture, a median pay of $107,000 and an employee satisfaction rating of 84%!

It’s not just the tech industry, either. Insurance companies typically have high employee turnover rates, with one of the largest – Mass Mutual – having a median tenure of 0.8 years.

At this point you might say that the Tesla people who have left recently are senior staff. VPs, Directors, Presidents and so on. True. But let’s take a sample of how long they’ve been at Tesla:

The point of highlighting the spread of tenures is to show that Tesla is not an oddity with serious HR issues – even considering the spate of senior positions becoming vacant. People come, people leave. Tesla is no different in that respect. They have an average pay of $92,000 and a median tenure of 2.1 years – that’s better than Amazon and Google by a wide margin: almost double.

One valid counter-point is that many of these departures have been under the guise of leave of absence. Another is that the work environment at Tesla is possibly much more stressful because of its demanding CEO, Elon Musk. One of the reasons the company’s solar installations facility at Gigafactory 2 in Buffalo only has one product color released is Musk’s exacting demand for esthetic perfection.

That quality of his has a good side in that Tesla’s Model 3 has won several design awards and is one of the safest sedans in the world, quite possibly because of his pursuit of excellence in everything.

So, highlighting exec departures only serves to push the panic button with the company’s investors. Instead, if you take a balanced view of things, you get a much more reasonable view of the situation.

Tesla is a high-pressure company with a demanding boss, no doubt. But to paint a picture that the company is unstable because of employee exits is inappropriate and irresponsible. There are still people working at Tesla after several years with the company, and it’s clear that Tesla values high performance – like its EVs. The email that Elon Musk sent to his employees earlier this week highlights how contribution is valued at the company. Make sure you read the part about promotions. It should be an eye-opener.

First, I’d like to thank you for your incredible efforts and contribution as we enter the final few weeks of this quarter. This is a very exciting time for Tesla, to say the least, and you are the reason for the tremendous progress we’ve made in a relatively short period of time. It is easy to forget that our company was almost unknown 10 years ago and didn’t even exist until after the start of the 21st century!

We are about to have the most amazing quarter in our history, building and delivering more than twice as many cars as we did last quarter. For a while, there will be a lot of fuss and noise in the media. Just ignore them. Results are what matter and we are creating the most mind-blowing growth in the history of the automotive industry. Even the Ford Model T, which held the world record for the fastest growing car in history, didn’t grow as fast in sales or production as the Model 3.

Moreover, we also have the most exciting new product lineup of any company in the world. There is the Model Y, the Tesla (pickup) Truck, the Semi and the new Roadster. Then there is the Solar Roof, which is spooling up in production, and continued advancements in Powerwall and Powerpack. And that’s just what people know about …

To help achieve our goals, after discussing this in-depth with the Tesla board of directors and executive staff over the past several weeks, I am excited to announce a number of management changes:

Jerome Guillen has been promoted to President, Automotive, reporting directly to me. In his new role, Jerome will oversee all automotive operations and program management, as well as coordinate our extensive automotive supply chain. Jerome has made major contributions and acquired deep knowledge of Tesla’s operations over the past eight years at our company, from being the first Model S Program Manager to managing all vehicle programs, then all vehicle engineering and worldwide sales & service. Recently, Jerome played a critical role in ramping Model 3 production, leading what almost all thought was impossible: creation of an entire high-volume General Assembly line for Model 3 in a matter of weeks. Before coming to Tesla, Jerome was responsible for creating and running the most successful semi truck program in history at Daimler’s Freightliner division.

Kevin Kassekert has been promoted to VP of People and Places, with responsibility for Human Resources, Facilities, Construction, and Infrastructure Development. Kevin has been with Tesla for 6 years and was previously VP, Infrastructure Development. Kevin led the construction and development of our Gigafactory in Nevada, turning what was a pile of rocks in the Sierra Nevada mountains into a factory employing 12 thousand people with greater output than the entire rest of the world’s battery factories combined, in roughly three years. That is insanely badass. Prior to joining Tesla, Kevin engineered and built multi-billion dollar production plants in the semiconductor industry. As many of you know, Tesla’s Chief People Officer Gaby Toledano has been on leave for a few months to spend more time with her family and has decided to continue doing so for personal reasons. She’s been amazing and I’m very grateful for everything she’s done for Tesla.

Chris Lister joined Tesla last year and was key to solving our production problems at the Gigafactory and ramping Model 3 production. He is being promoted to VP, Gigafactory Operations. In this role, he leads our production and manufacturing engineering at Giga. Before Tesla, Chris ran several ultra high volume factories at PepsiCo.

Felicia Mayo, Sr. HR Director and head of our Diversity and Inclusion program, has been promoted to VP, reporting to both Kevin and me. Felicia has done great work promoting the importance of having one of the most diverse workforces in the world and ensuring fairness across hundreds of roles and Tesla operations in over 50 countries. She previously worked in senior HR roles at PwC and Oracle, and, most recently was Vice President, Global Talent Acquisition and Diversity for Juniper Networks.

Laurie Shelby, Tesla’s VP, Environmental, Health and Safety (EHS) will also report directly to me. Your safety and just generally making sure that you love coming to work is extremely important, which is why EHS will report directly to me. We are working hardcore on having the safest (and most fun) work environment in the automotive industry by far. Laurie came to Tesla last year after a 25+ year career at Alcoa, where she made tremendous progress in workplace safety. Since joining, she has already overseen a reduction in our employee injury rate, as well as major improvements in our EHS program.

Cindy Nicola, VP of Global Recruiting, will report to both Kevin and me. Cindy has overseen the company’s global recruiting efforts since 2015, bringing on tens of thousands of highly talented people. Prior to Tesla, Cindy led worldwide Corporate Recruiting at Apple, and before that was VP, Global Talent Acquisition at Electronic Arts.

Thanks again for your incredible work in making Tesla successful. What you are doing is vital to achieving an amazing and sustainable energy future for all of humanity and life on Earth.