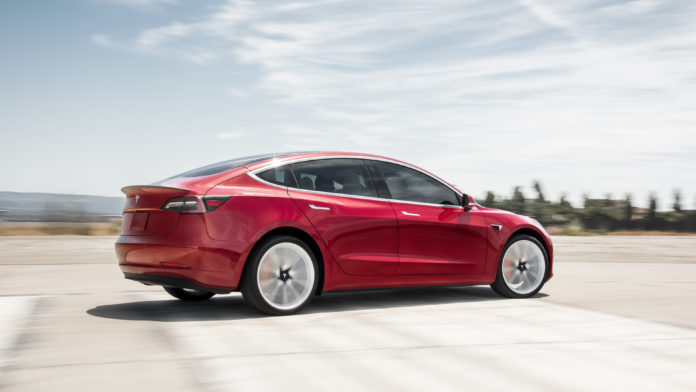 As Tesla keeps inching closer to the end of its third quarter, September 30, 2018, discussions about Tesla Model 3 production and delivery estimates has already reached fever pitch. Tesla raced to register nearly 32k Model 3 VINs in August, but there was hardly any registrations after that, fueling speculations about production issues holding back Tesla from reaching its target of building 6,000 Model 3s in the last week of August.

Elon Musk writes to his employees

Now, Elon Musk has put a lot of those questions to rest. In an email to Tesla employees sent on September 7, 2018, Elon Musk wrote, “We are about to have the most amazing quarter in our history, building and delivering more than twice as many cars as we did last quarter.”

That kind of put a lot of questions to rest, at least temporarily, because Tesla produced 28,578 Model 3s, while delivering 18,440 units during the second quarter. Total production including Model S and Model X stood at 53,339 units versus 40,740 units delivered.

Musk didn’t make it clear whether he was talking about doubling overall deliveries of Model S,3 and X or he was talking about Model 3. But Tesla has already capped its 2018 delivery target for Model S and Model X at 100,000. Tesla built 24,761 Model S and X during the second quarter, as first half production for the two flagship vehicles went a little more than 49,000.

The point is, there is no need for Tesla to increase Model S and Model X production during the third quarter compared to second quarter. A fractional increase should do.

The statement has more meaning when looked at from the Model 3 point of view. Tesla produced 28,578 Model 3s during the second quarter. If they double it, then they should reach 57,156 Model 3 units for the third quarter.

If you have been following our Model 3 production articles you may have noticed that we estimate Model 3 production for third quarter to reach 60,000 units. Though the recent pace of Model 3 VIN registration did ask us to question our judgement, there are still three more weeks to go, and Tesla has already registered 54,286 Model 3 VINs since June 29th.

For now, we have decided to stick to our estimates. But we will be following VIN registrations closely to see how close Tesla gets to its targeted Model 3 Production of 50,000 to 55,000 units for the quarter.

“Tesla took several initiatives to increase its production. The company added a new assembly line – GA4, or General Assembly 4 – under a tent, or Sprung Structure, to help it quickly reach its production target.”

The one important factor that keeps getting ignored is – Tesla’s shrinking delivery timeline.

If production issues are out of controllable limit, it will be hard for Tesla to reduce its delivery time line as the company is still sitting on top of hundreds of thousands of customer reservations.

In July, Tesla updated its delivery timeline from 1 to 3 months for Dual Motor versions (Performance and All-Wheel Drive) and 2 to 4 months for Long range battery rear wheel drive version to a standardized 2 to 4 month delivery window for all three models.

But the delivery timeline for the Long Range battery rear-wheel-drive Model 3 is now less than four weeks.