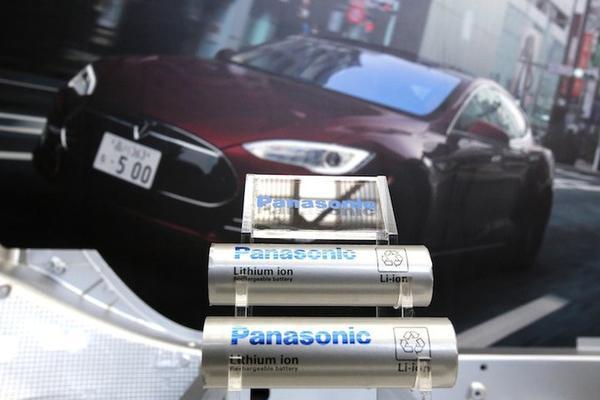 “The bottleneck for Model 3 production has been our batteries. They just want us to make as many as possible.” – Mr. Yoshio Ito, Panasonic’s CEO of Automotive and Industrial Systems

Mr. Yoshio Ito heads Panasonic’s automotive division that is responsible for meeting its largest EV client’s needs. Tesla, Inc. is that client. With Model 3 production and deliveries now at a full clip, Mr. Ito on Tuesday said that the proposed ramp-up to +30% production capacity at Gigafactory 1 in Nevada is ahead of schedule, although no firm date for meeting that increase has been provided.

At the time, “by the end of the year” was the estimated timeline. An accelerated schedule could bring that forward by 2-3 months, which means the new lines could be added as early as next month to give Tesla the support it needs for Model 3 production in Q4-2018.

Panasonic currently has 10 production lines for EV batteries at the Gigafactory, and a 30% increase would bring total cell output capacity to roughly 35 gigawatt hours. Considering the more modest demand for Model S and Model X compared to Model 3, it is quite possible that all three lines will be dedicated to the 2170 cell format used in the Model 3 battery packs rather than the older 18650 configuration of cells used for Models S and X.

Assuming that a 30% overall bump would actually represent a higher percentage of increase for 2170 cells, we could see Model 3 production ramp up by around 40% to 50% over the coming months. At the current level of about 4,000 Model 3s being produced per week, that should help bring it up to a consistent 5500 to 6000 cars a week, setting the stage for a further ramp to the 7000 to 8000 Model 3s a week level that analysts have indicated is feasible without too much of an additional CapEx outlay.

The medium-term goal is 10,000 Model 3 cars a week, which Tesla has now pushed to early 2019. We believe that it would be neither practical nor feasible for Tesla to make the Model 3 available overseas before that benchmark is reached and sustained for at least a few months.

Besides this, battery production capacities have to be taken into consideration. Hitting a production level of 10,000 cars a week means a more-than-doubling of current battery output. Seen from that perspective, the 30% increase is just another step in a series of ramp-up moves that will be necessary at GF1 over the next several quarters.