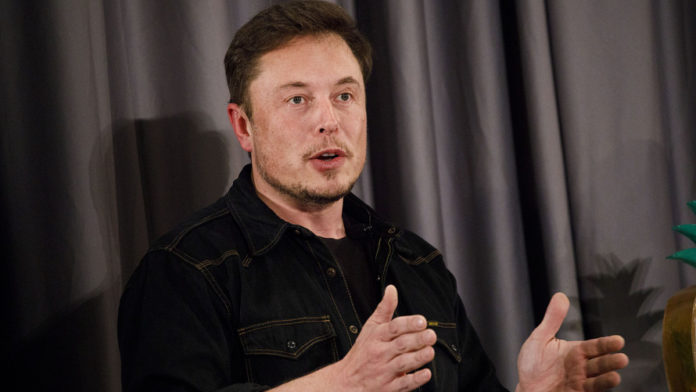 In an August 15 interview posted to YouTube, Elon Musk talks about how making a $25,000 car would take him about three years. In that conversation, Musk likens the development of such an affordable EV to the development of cell phones over the past few decades, but the fact that he identified a three-year timeline to hit that sweet spot is important.

The context of that statement was that the interviewer brought up the recent quarterly earnings call, where Musk had said that one of the most traded-in cars in exchange for a Tesla Model 3 was the Toyota Prius. For reference, here’s the full list:

The question put to Musk was this: “Do you think there’s room for possibly an even less expensive, quality electric experience?”

Musk’s response: “Absolutely. In order for us to ultimately get to a $25,000 car, that’s something we could do but it’s probably …if we work really, really hard we could do that in three years.“

The interview continues with Musk giving an example of early mobile phones versus the versatile computing devices available today. Now here’s the interesting part: the visual in the background of the video shows a timeline of 40 years between the brick-like device that Michael Douglas uses in the 1987 movie Wall Street, and the 2017 iPhone X.

What Musk is saying that it would only take three years to develop a $25,000 mass-market EV! 1redDrop been saying all along – and more recently in an article just this week – that a car in the $20,000 to $30,000 range is exactly what Tesla is after. This is what our earlier article said:

It’s definitely not going to be the Model Y that goes into production in the next year to two years, mind you. That’s a crossover that will probably come in at about $40,000 for the base model and will compete in the growing SUV market. It’s not even the Tesla Pickup Truck that Musk has promised, which will probably chase Ford’s hugely popular F-series of trucks in terms of pricing, and eventual market share and sales.

In that same article, I also said this:

“The Tesla EV that will truly rule the mass market – when all the ICE sedans of the world fall by the wayside – is yet to be unveiled. Hypothetically, that mass-market car in the $20,000 to $30,000 range could be built on the same third-generation platform that the Model 3 uses, and I think that might end up being the case down the road. By then, the production platform will have matured enough, and Tesla will have worked out all the kinks and ramped up capacity to somewhere in the region of a million cars a year – possibly more. In a way, I think the Model 3 is merely a test run ahead of the real thing, as will the Model Y if it’s built on the same production platform.”

I have a strong feeling that Musk is thinking the same thing. He threw out the comment about the process taking three years, but he’s also aware that it’s going to take an extreme amount of effort to get there. He refers to economies of scale and design improvements as being critical to this.

Tesla hasn’t reached the kind of economies of scale that a Prius enjoys, and Musk admits as much during the course of the interview, but the point is that somewhere in his mind is a three-year plan leading to a ‘mystery EV’ that will well and truly crush the ICE market in terms of affordability, range and nearly every other aspect of performance and consumer experience.

Will Tesla get there in three years? I don’t know, but the words of Musk’s partner during the early days, Peter Thiel, come back to me: ” never bet against Elon in anything.”

But it’s Musk who’s challenging himself this time. With the Model 3 now showing consistent production numbers and plans afoot to take the company private, investments in the production line will come in hard and heavy. The Saudis don’t deal in the millions; don’t underestimate Crown Prince Mohammed Bin Salman and his ambitions to turn his country’s fortunes around by weaning (if painfully) it away from being oil-dependent. A fully air-conditioned Gigafactory 4 in the sands of the Saudi suddenly doesn’t seem so crazy anymore.

Going private will give Tesla the money power it needs to reach the economies of scale of a Toyota or a Honda. More importantly, it will free Musk from the ‘quadrannual’ pressures of being a public company. Maybe three years is not an unrealistic timeframe for Tesla to come out with a $25,000 car, after all.

Here’s the interview as posted on YouTube. You judge for yourself: