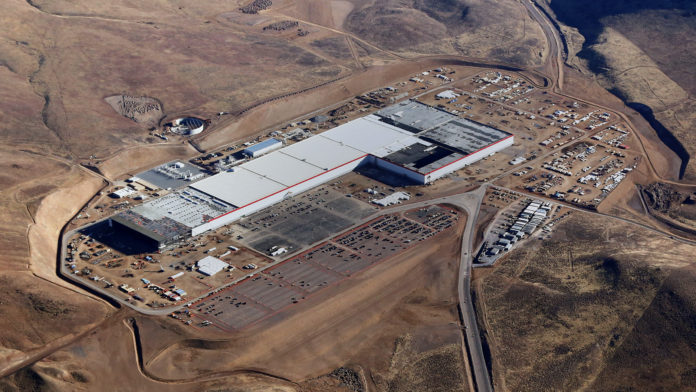 “Tesla has exceeded its commitments, to the State of Nevada, in the areas if capital investment and job creation,” reads a new economic impact report released Wednesday by the Governor’s Office of Economic Development (GOED), Nevada.

The total employee count could go further up because, by the end of June, Tesla was building a maximum of 7,000 vehicles per week, an annualized production run rate of 364,000 units – 27% less than Gigafactory’s planned production capacity of 500,000 units.

What did Tesla promise to the State of Nevada?

According to Tesla’s contractual agreement, Tesla and its partners said Gigafactory 1 would provide direct employment to 6,000 workers, with an annual payroll of $353,620,000, and a capital investment of $5 billion.

What has Tesla done?

As of June 2018, Tesla and its partners Panasonic and H&T have spent more than 6 billion dollars in construction and equipment.

In the first three quarters of 2018, Tesla said it has spent $604.1 million on Gigafactory 1. Tesla will continue to invest in Gigafactory 1 as the electric car maker ramps up Model 3 production over the next several quarters.

In mid-2018, battery production at Gigafactory 1 reached an annualized rate of roughly 20 GWh, making it the highest-volume battery plant in the world.

Tesla’s increasing scale in building batteries will continue to add cost benefits to the company. Tesla’s battery partner Panasonic is in the process of adding three more production lines in Gigafactory 1 on top of the existing ten lines. Capacity is expected to reach 35 GWh once the new lines go live. The ramp will help Tesla increase production from 7000 units per week and reach its targeted 10,000+ units/week in early 2019”

Read: How Gigafactory 1 is helping Tesla turn the tables on its competition

The Nevada Governor’s Office of Economic Development (GOED) commissioned the Economic Impact Summary to provide an update on the current impacts of the Tesla Gigafactory in Storey County and compare and contrast them to the original projections as outlined in the September 2014 study, Economic Impact of Tesla on Washoe and Storey Counties.