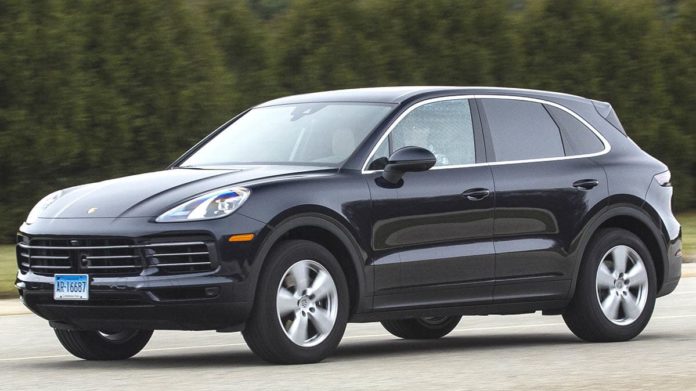 Porsche Cayenne is now in its third generation, going on 16 years since the first production model rolled out in 2003, a year after the official launch. The first generation Cayenne transitioned in 2011 to the second generation, which in turn gave way to the third generation model in 2018. 2017 was a record year of sorts for Porsche overall, with the Porsche Cayenne selling 63,781 units in 2017, only beaten by the Macan, which sold 92,463 units for the period.

What are consumers around the world saying about the Porsche Cayenne through its production years? This piece covers the best and worst of reviews from some of the world’s top auto blogs and review sites. Hopefully, it will give you a vivid picture of what’s great and what’s not, just in case you’re in the market for a 2019 Porsche Cayenne, the second production year of the third-generation crossover SUV from the House of Porsche.

Cars.com customers who drive this model give the Porsche Cayenne an overall rating of 4.9 out of 5, with 88% of drivers recommending the car. Top-rated aspects of the car are comfort, interior design and performance.

“I’ve had a 911 S and Macan and no other brand has lived up to it for comfort.” Nils from Tampa, FL.

“I have the 2018 Base Platinum edition. Came with everything I wanted all the bells and whistles for a reasonable price. This point is important. I live in Houston. It’s hot here. Trying to find an X5 or XC90 with ventilated seats was impossible. They kept telling me to order a custom build from the factory, which would be MORE than what I paid for the Cayenne. And to get all the same bells and whistles on the Q7, same price as the Cayenne. Dollar for dollar, the Cayenne is actually the best value. And I’m a finance guy saying that.” HouTexCarFan from Houston, TX.

“Unlike the Macan, the back seats are roomy and comfortable. I’ve had Land Rover and Mercedes SUVs in the past and the Cayenne is by far the best!” Cayenne lover from San Francisco, CA.

“…it looks like it’s a good choice for a couple but not really if you plan on long trips The price is also much higher than the Q7 that I ended purchasing and see for yourself but the Q7 3.0 is faster than the Cayenne … offers a much better comfort to the passengers and has a bonus rear row seats. I’ll probably buy a panamera over the cayenne.” Pickboy

Folks who reviewed the car on Edmunds.com give the 2019 Porsche Cayenne a 5 out of 5 rating. Here’s what they’re saying:

“Unbelievable handling for a car of this size, that makes you feel it is smaller than it really is. Acceleration for the base model is more than adequate for my needs, making merging on the freeway effortless.” Bob Martin

“Acceleration up the grades are just half throttle and when u look at the speedometer, your flying up at triple digits. Braking to slow down for traffic is effortless. Going through the turns, there are very little body roll. Interior have lots of leg room for both front and rear passengers. Seats are comfortable. Control layouts gets a little used to but once figured out. Everything is easy to navigate.” Tin

“The Cayenne is a substantial luxury SUV that drives almost like a sports car, and few competitors can match its handling agility on a winding road. The ride has an underlying firmness, though, and some jolts come through into the cabin. After some initial hesitation off the line, its acceleration is robust from the base 3.0-liter V6 turbo engine, but the stop/start feature kicks in roughly, undermining the smoothness of the driving experience. The infotainment system and other controls are tricky to use.”

“The redesigned-for-2019 Cayenne lives up to its Porsche pedigree with sharp handling, quick acceleration, and a beautifully finished interior. But this SUV’s demeanor may be too intense for drivers who care most about comfort. The luxury midsized Cayenne is slightly larger than the outgoing version, yet it weighs less, is quicker, and it’s also more fuel efficient. The infotainment system is chock full of up-to-date technology.”

Reviewers at CarGurus.com are saying this about the Porsche Cayenne:

“Nice vehicle, interior is better than before, new exterior is nice, but the seats are much too firm.” Kchawav

(Second-gen Porsche Cayenne) “Have this car since mid 2011 and still love to drive it (which is unusual for me as I usually trade cars every 2 years). Its’a keeper. The only downside is the tire wear as they are very expensive and mine last about 10K miles (mainly the rear ones) before I have to replace them.” TPfeffer

“I love everything about my Cayenne. Great gas mileage, seats, tech package, nav, cargo space, and over all look and feel. The Cayenne is the sexiest SUV on the road” rwlinden

Caranddriver.com editors have given the Porsche Cayenne a 5 out of 5. Here’s what their experts are saying:

“What we noticed first was the exceptional steering. The Cayenne has electrically assisted power steering, but unlike many other automakers, Porsche has figured out how to do it right. Direct and with the right amount of weighting as the front tires press into a corner, the steering is quick, positive, and helps make the Cayenne feel smaller than its two-plus-ton mass and 193-plus-inch length suggest.”

“The capacitive-touch panel isn’t our favorite and quickly attracts fingerprint smudges; we prefer the predictable nature of real buttons, but the panel does move slightly when pressed, and it vibrates a bit to let you know you’ve done something. The large touchscreen works without much hassle once you learn the menu structure. Responses are quick, but it’s easy to miss the icon you’re trying to hit when the Cayenne is moving. Porsche wisely ditched the Panamera’s needlessly complex central HVAC vents that are controlled by the touchscreen.”

“Tall and wide rear doors ensure that it’s easy to climb into the back seat. The outboard seats of the split-folding bench are more like bucket seats with sports-car-like lateral support. The middle seat is best left for temporary use. Cargo capacity has increased slightly in the new Cayenne, and there’s a cutout for a compact temporary spare.”

“The all-new 2019 Porsche Cayenne is faster and more powerful than ever, and if you’re still mad about the idea of a Porsche truck, take this advice: drive one.”

“The extra lift in gravel mode is pretty significant, as I had to stretch to step in and out of it a bit. It also allows the truck to have an impressive amount of suspension flex should you decide to park with one wheel atop a pile of gravel to satisfy your inner bro.”

“The Porsche Cayenne doesn’t feel like the behemoth it is when you drive it. There’s a hint of understeer in fast turns, as you’d expect an all-wheel drive, front-engine car to have, but it doesn’t feel like a wallowy wad of inertia as other larger crossovers and SUVs often do.”

“Boasting the biggest increases in power and torque over its predecessor, the new base Cayenne is noticeably quicker on the road than the previous model, though throttle response of the 340-hp single-turbo V-6 is slightly doughy below 2,000 rpm. More impressive, the new Cayenne is also quieter and more refined, with less tire noise and impact harshness even on the optional 21-inch wheels and tires fitted to our tester. That’s the air suspension proving its worth.”

“The new Cayenne drives like a Porsche SUV should drive yet more comfortable than you’d expect. But even with the optional active stabilizer bars, whose 48-volt motors are capable of producing up to 885 lb-ft of twisting force to counter roll through corners, there’s simply no disguising the fact it is relatively tall and relatively heavy.”

The Porsche Cayenne, especially the 2019 production model Cayenne, seems to have impressed owners and expert reviewers alike. The common thread running through these reviews and opinions is that it is like no other SUV on the market, including the BMW X5 and Audi Q7, the latter of which is made on the same Volkswagen MLB platform as the 2019 Porsche Cayenne. Here’s a snapshot of the good and bad aspects of the new Porsche Cayenne.