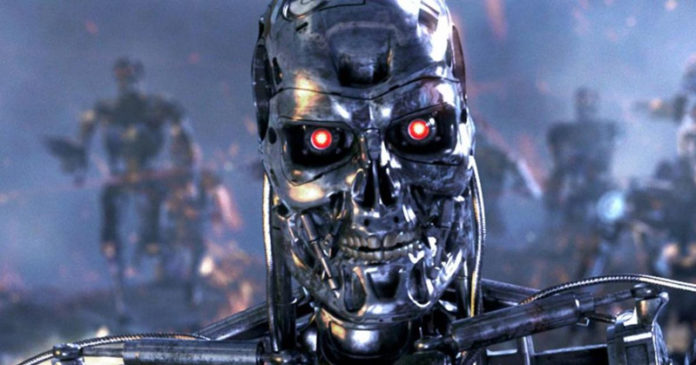 Technological progress has always benefitted mankind right from the very First Industrial Revolution several centuries ago. Income levels have increased, the overall quality of life has improved, health statistics look healthier than ever and there is hope for the future.

The emergence of Artificial Intelligence (AI) in the late 20th century brought about the advent of the Fourth Industrial Revolution. Progress is inevitable, as is the ills that it brings. Will the benefits that AI can bring humankind justify the risks vis-a-vis an uncontrolled proliferation of intelligent machines?

An objective view of AI development is hardly possible without being hypocritical. The seeds of AI have already been sown in nearly every facet of life. Indeed, writing this article would have meant spending hours laboring in a library looking for references, or poring over news articles from which to craft a story. Instead, we Google what we need to know, and we do it from the comfort of our desktops and laptops.

One important factor to keep in mind is that the founding fathers of artificial intelligence were also instrumental in ideating much of the automated technology that we take for granted today. Therefore, we cannot take an authentically objective view of the matter because we’re already in the middle of it. A fish can hardly comment on the benefits of water because it does not and cannot know life without it.

That being said, we can certainly attempt to build a case for the future: Will the benefits of AI outweigh the potential risks in the long run? To try and bolster both sides of that argument, let’s list out the future benefits and risks of AI to see if we can arrive at a balanced – if not objective – view.

Autonomy is the first word that comes to mind when you think of intelligent machines. In other words, non-living creatures that think, act and behave like living beings.

We have a limited body of those at the moment, but billions of dollars in investments and the interest of nearly every large tech corporation in the world will ensure that every home has some intelligent entity controlling at least a part of it in the next ten to twenty years.

Of the more developed strains of AI research, a few stand out as being much closer to maturity than others. Let’s first look at these.

Voice-enabled gadgets are aplenty. From smart speakers developed by Amazon, Google, Microsoft and Apple to smart appliances launched by Samsung and LG, the age of intelligent voice-based interactions with quasi-autonomous gadgets has already dawned.

The voice-enabled devices market is expected to breach $18 Billion by 2023. Amazon has already sold over 100 million of its Echo devices.

There’s rapid movement, scaling and evolution in this segment, and it’s only a matter of time before there are talking cars and talking homes with talking appliances and gadgets that are intelligent enough to carry out complex voice commands.

Are we there yet? Not quite, but maverick entrepreneurs like Tesla CEO Elon Musk are willing to stake their reputations on full self-driving capabilities coming as early as the end of 2019. Google spin-off Waymo is still facing critical challenges to taking its autonomous vehicle system mainstream, but it had self-driven over 5 billion miles by the middle of 2018.

No other company is as close as these two in terms of self-driving miles, even if they have matching technologies. We are closer than ever to practical Level 3 or Level 4 autonomous driving capabilities.

There will come a time when man merely sets the rules and puts robots to work in the world’s factories and manufacturing units. From Field to Control to Supervisory to Enterprise, these various levels of automation are already in place in a majority of industries.

According to The Robot Report, there are already more than 20 countries with robot densities over 74 robots per 10,000 industry employees.

While this has prompted fears not unlike those that sparked the Luddite movement in England during the First Industrial Revolution, it is believed that artificial intelligence will give rise to a net of 58 million jobs over the next several decades.

The profile of the labor force will change, but the net effect will be positive because of higher-paying jobs that require skills that robots are yet to acquire.

Saudi Arabia has already started the ball rolling on NEOM, a mega smart city project 33 times the size of New York City projected to cost half a trillion dollars. Several cities around the world are preparing for the future, in some cases literally paving the road to the future, as with the not-too-ambitious project called Smart Highways in the Netherlands:

While fluorescent roads (and reindeer antlers?) are merely a small component of the future smart city, there’s definitely collective global interest in sustainable development in the urban context.

Closer to home are, well, smart homes. Home automation is expected to hit a whopping $116.26 Billion by 2026 according to Transparency Market Research. The title of their report is…get ready…are you ready…take a deep breath…here goes…

Well, what can I say? Some people are long-winded.

The flip side of Artificial Intelligence is the risks and threats it poses to the future of humanity. Let’s look at some of these elements.

Smart weaponry is the poster boy of evil AI because it’s perfect for painting extreme scenarios. Hollywood has already made billions off of it with horrific depictions of glowing-eyed solider robots that hunt and kill humans in an effort to eradicate them. And they might have succeeded if not for the protagonist who invariably finds a way to survive – along with his girlfriend obviously because they need to kiss in the end.

On a more serious note, autonomous weaponry is naturally being embraced by the world’s defense forces in an attempt to deter others from using it on their own country. In that respect it has several parallels with the Nuclear Arms Race, which is now relatively old business.

The new frontier is the smart weapons race, which includes a frightening class of devices known as small smart weapons that track and kill their adversary by using stealth and other tactics that were once solely the realm of human soldiers and militants. It’s enough to send shivers down anyone’s spine. Watch the short film at the end of this article if you don’t believe me.

Death is not the worst thing AI can bring. It can immensely disrupt our daily lives in a myriad of ways, crippling normal life by incapacitating systems we depend on. The realm of hacking poses an even bigger threat to normal human life when it is combined with the evolving capabilities of machine and deep learning.

When equipped with artificial intelligence, cyber attacks become more refined and, therefore, more debilitating. The very things that represent progress – smart cars and smart homes – can be weaponized by hackers with AI tools that are “trained” to attack their occupants.

Balancing the Benefits and Risks of AI

Such scenarios are science fiction today, but may become science fact in the not-too-distant future. Groups like the Future of Life Institute are preparing for just such a scenario by promoting AI safety research in an attempt to put checks and balances in place before it is too late.

We need AI safety research now, not when machines are already able to better emulate humans. We need to clearly define what decisions machines should be allowed to make and what should remain within the realm of flesh-and-blood people.

The risks of uncontrolled artificial intelligence research and development are as vast and deep as the benefits can be. We undeniably need a set of guiding principles that cannot be deviated from – a sort of modern variant of Asimov’s Three Laws of Robotics, if you will.

Max Tegmark, President of the Future of Life Institute, writes this of his organization’s goal:

“…our civilization will flourish as long as we win the race between the growing power of technology and the wisdom with which we manage it…the best way to win that race is not to impede the former, but to accelerate the latter.”

The sad reality, however, is that the binary nature of human thought might be our undoing in the end, because if all of us could follow even one single rule, the world would already be a better place.

To leave you with something else to think about, we’ve posted this short film that’s part of the video below. It paints a stark picture about a possible future reality that is frightening, to say the least. Please watch until the end to understand what it’s all about.