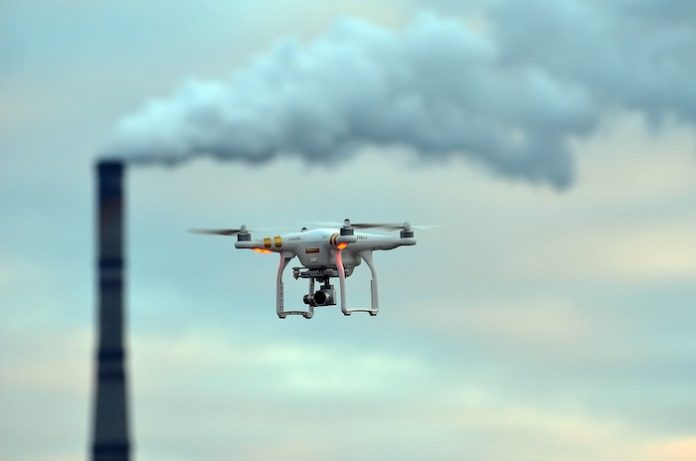 Disappearing are the days where you could accuse industries of ignoring issues like emissions, pollution and greenhouse gases in order to protect their bottom line. Whether it’s because of stringent government regulations, pressure from the public, or a good old-fashioned desire to do right by the earth, industries around the world are beginning to change the way they do business in order to protect the environment and do their part to fight climate change.

Fortunately for those industries, we live in a time where technology is making it easier than ever for industrial organizations to keep a close watch on emissions and other pollutants. One of those technologies is automated industrial drones. Here’s a look at four environmental UAV applications that can help improve industrial operations.

The shipping industry has committed to cutting its emissions in half by 2050, a move that couldn’t come too soon with maritime transport contributing 2.3% of global emissions.

A major component of cutting down on a ship’s emission will be the higher quality fuel that ships will be forced to use. As higher quality, of course, means more expensive, there is a risk that some companies won’t comply or will try to cheat the regulations. That’s where port-patrolling sniffer drones come in. These industrial drones can fly into the smoke created by a vessel and analyze sulfur levels to determine if a compliant fuel is being burned.

Whether you’re talking haul roads subject to constant use by heavy trucks and machinery or general use roads and highways driven on by cars, trucks and other more standard traffic, the simple fact of the matter is that the worse the road condition, the higher a vehicle’s fuel consumption, and the worse the emissions. A Rutgers University-led study found that keeping road pavement in good condition can cut greenhouse gases by two percent.

One of the issues with trying to keep roads in good condition is that the process of inspecting roads to identify preventative maintenance needs is dangerous to workers and often an impediment to traffic – all before construction work is actually being done. Sending out automated industrial drones to capture high definition video that allows personnel to complete inspections remotely or collecting the data necessary to create precise digital elevation models to track pavement degradation is an effective and cost-efficient way to identify and monitor even minor road issues. This makes it possible to improve or repair road surfaces before they can adversely affect fuel consumption.

There are many environments and locations in which ground-based surveying isn’t safe or feasible, and for a long time, there was really only one alternative: aircraft-cased surveying. Not only is sending a small plane or helicopter into the air for surveying and mapping purposes tremendously expensive and fraught with logistical complications, but the global aviation industry has been shown to account for between four and nine percent of climate change impact stemming from human activity.

Whether ground-based or aircraft-based, surveying is a task that has needed an upgrade for a long time, and it’s finally come thanks to automated industrial UAVs. Leading automated industrial drones can equip themselves with photogrammetry, LiDAR or other surveying and mapping sensors and fly both VLOS and BVLOS surveying missions in the terrains and conditions that would have otherwise required an aircraft, including linear surveying missions for things like power lines, pipelines, and roads.

It could take a while for true change to take place, but even the most cynical among us have to admit that industrial organizations are improving when it comes to emissions. Whether it’s out of concern for the earth or concern for the fees and penalties that can come with non-compliance, industries are finding ways to reduce the greenhouse gases and pollutants they’re sending out into the world. With solutions like automated industrial drones, cleaning up operations is an attainable goal for industries, and it’s fortunate for us all that they’re going for it.