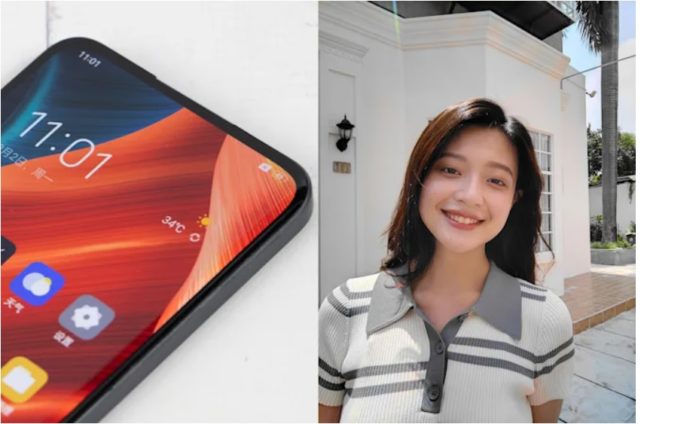 Until recently, only one smartphone on the market included an under-screen camera: the ZTE Axon 20 5G, which was released last year. Some companies, including Vivo, Oppo, and Xiaomi, experimented with this future technology. But, given the poor picture quality at the time, it’s no surprise that phone manufacturers mainly stayed with punch-hole cameras for selfies.

Although ZTE received harsh criticism for its initial under-screen camera, the company has included what it claims to be a better version into its new Axon 30 5G smartphone, which was released in China last week. Oppo revealed its third-generation under-screen camera today. Based on a sample shot given by the company, it seems to be unexpectedly promising – there is no discernible haziness or glare in the picture. But, of course, it was only one picture. Nonetheless, the artificial intelligence techniques and display circuits that made this feasible are fascinating.

Briefly stated, nothing has changed in terms of the way the under-screen camera perceives what is going on behind the screen. The amount of light that can pass through the gaps between each OLED pixel determines the device’s performance. As a result, compensation for artificial intelligence is still required. Oppo claims to have trained its artificial intelligence engine “using tens of thousands of pictures” to make more precise adjustments on diffraction, white balance, and high dynamic range (HDR) with its newest under-screen camera. As a result, the example shot seems to be remarkably natural.

Another notable improvement is the uniformity of the display screen, which is another essential factor to consider. The older designs reduced the pixel density in the region above the camera to allow enough light to reach the sensor. When you viewed movies or read fine writing on that screen, you would have seen a visible patch over the camera, which would have been a big turn-off.

The display panel manufacturer, Samsung, has now discovered a method to improve light transmittance by slightly reducing the geometry of each pixel above the camera, which Oppo claims is a first in the industry. We get to maintain the same 400-PPI pixel density as the rest of the screen, which results in a more uniform visual appearance across the whole screen.

According to Oppo, this is further aided by the use of transparent wire material and one-to-one pixels-circuits-to-pixel architecture (rather than two-to-one as was previously the case) in the screen region above the camera. The latter offers more accurate picture management and improved clarity, with the added benefit of a 50% longer panel lifetime as a result of improved burn-in avoidance techniques.

Will the Scales Tilt in Favor of Hidden Cameras?

Consumers will not be able to utilize Oppo’s next-generation under-screen camera until it is released later this year or if it is released at all. Still, considering the timeframe, it wouldn’t be surprising if this is the same technology used on the ZTE Axon 30 5G. In any case, it would be great if the industry could ultimately agree to abandon punch-hole cameras in favor of hidden cameras.