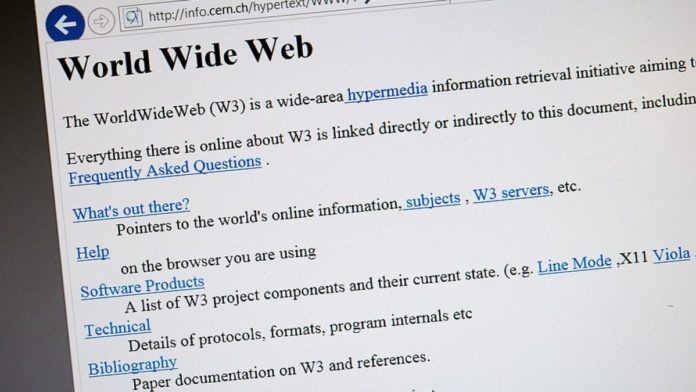 On 6 August 1991, the world’s first website was launched. And, while it may not be as exciting or engaging as some of today’s approximately 1.9 billion websites, it’s only natural that the first web page released had instructions on how to use it.

On the World Wide Web Project’s initial website, information about the project was given. It originated at CERN, the European Organization for Nuclear Research, when Tim Berners-Lee, a British computer scientist, created it. Individuals could use it to learn how to create web pages and about hypertext with this course (coded words or phrases that link to content).

Berners-Lee created the web for the same reason that many of us today visit websites: to simplify our lives. According to him, the problem was with computers themselves; there was no way to exchange data across many devices.

Thus, Berners-Lee provided his CERN supervisors with an information management system in 1989. The system would use hypertext to connect materials stored on various computers connected to the Internet.

The management initially reacted with something along the lines of cool, but no thanks. Berners-Lee was allowed permission to embark on the project, however, when he returned a year later with a new plan. It was on the verge of being launched in 1991. Berners-Lee created HTML, HTTP, and URLs on his NeXT computer, built by Steve Jobs.

Thus, the World Wide Web was formed when a single web page was created. And it has grown substantially in the intervening years. By 1992, there were 10 websites, 3,000 by 1994 (when the W3 standard entered public domain), and two million by 1996, when Google launched its search engine.

Additionally, the first website was lost. Excited by progress and unaware of the true breadth of the web’s potential at the time, computer scientists forgot to archive a significant proportion of the web’s early websites. In 2013, CERN launched an attempt to restore the world’s first web page. However, it has been restored for your investigation, complete with its original URL.