Home Tesla Why Fuel Cells Will Rule the Automotive Future 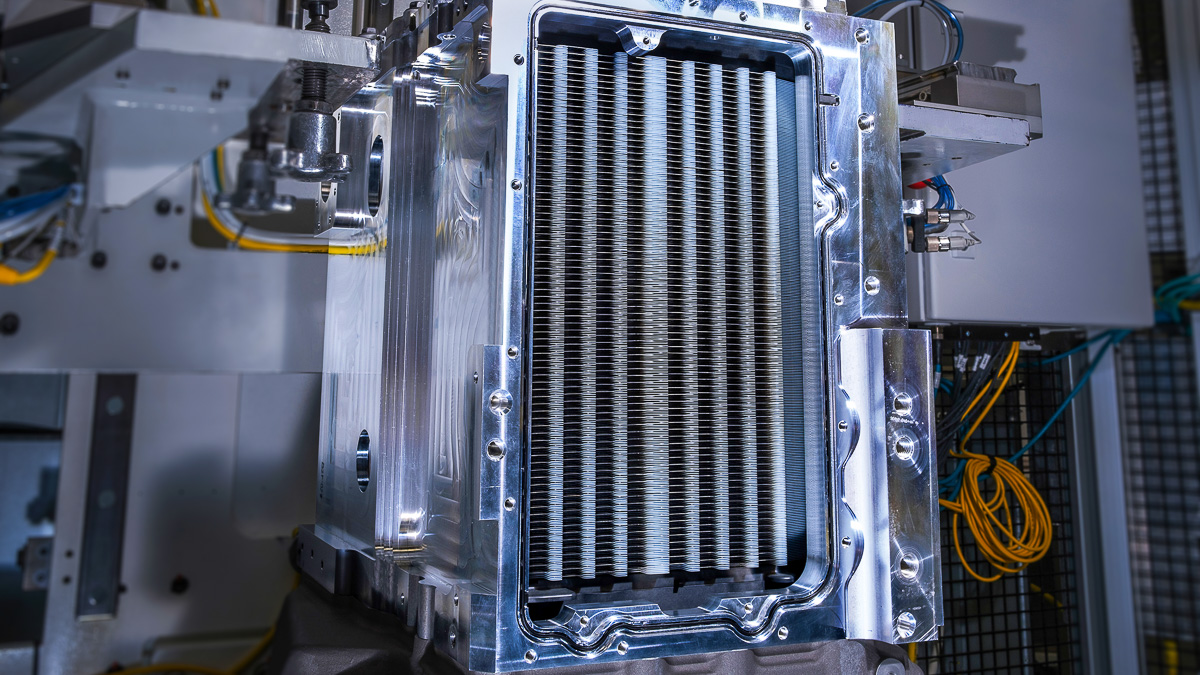 Several vehicles don’t run on gasoline anymore. Nowadays, people buy cars that run partially or fully on electricity. Various forces are driving this massive transformation. For starters, electric vehicles emit fewer pollutants that harm local air quality – and less CO2, which is a major contributor to global warming. Another reason to prefer electric automobiles is politico-economic security. Petroleum is abundant in only a few places on earth. Countries without these natural resources will remain politically and economically disadvantaged if they continue to use gasoline or diesel automobiles.

Another argument is that exploitable petroleum reserves are dwindling. Prices will increase whenever supply cannot match up with demand. So, it’s no surprise that the switch to electric vehicles is accelerating.

There are three types of electric vehicles. The first category is Hybrids, which mix batteries, electric motors, and internal combustion engines. Despite their many advantages, including high efficiency, plug-in hybrids get much of their power from petroleum-based fuels.

The second category includes Battery-Electric Vehicles (BEVs), such as the Nissan Leaf and the Tesla Model S. While BEVs rely on fossil fuels to charge their batteries, they utilize that energy more efficiently than cars with internal combustion engines. The grid is also switching to more renewable energy, lowering BEVs’ carbon footprint.

A third developing category is Fuel-Cell Electric Vehicles (FCEVs), which will probably be the most popular electric vehicle in the future. Forward-thinking automakers are now creating BEVs and FCEVs, but there is tremendous controversy and competitive posturing, adding to the confusion.

How These Cars Function

An electrochemical reaction generates electricity directly rather than using combustion to drive pistons that power an electric generator, as in a hybrid car. This is done by mixing compressed hydrogen gas with oxygen from the air. The reaction produces electricity for the car, and water as a byproduct, which is expelled through the exhaust along with nitrogen from the air. No combustion means no high temperatures and no nitrogen oxides, a smog-causing contaminant from conventional automobiles. No hydrocarbons, carbon monoxide, or carbon dioxide are discharged from the exhaust because the gasoline contains no carbon.

A fuel-cell electric car is also more than three times as efficient as a typical gasoline-powered vehicle. It has a comparable range and refilling time to conventional cars, and its drivetrain is almost vibration-free.

Since June 2014, Californians have been able to lease a fuel-cell Hyundai Tucson SUV. Toyota has been selling and leasing an FCEV here since October 2015: the Mirai four-door sedan.

While Hyundai, Toyota, and Honda’s FCEVs are new to the market, most of their technology is shared with existing BEVs. FCEVs and BEVs both have electric motors and batteries. A crucial energy-saving feature of electric vehicles is regenerative braking. Where they differ essentially is in the source of electricity, the time it takes to recharge or refuel, driving range, and vehicle scalability.

First, consider the power source. Electricity is generated elsewhere and stored in a battery pack for BEVs, whereas FCEVs are fueled by hydrogen, which is converted to electricity by a fuel-cell engine onboard. Despite the fact that the hydrogen fuel cell generates energy, FCEVs require a battery pack to deliver surges to the drive motor and absorb regenerative braking electricity. FCEV batteries, unlike BEV batteries, are tiny, similar to those used in hybrid vehicles today.

Most BEVs have a range of 65-320 kilometers (40-200 miles), depending on the type, cooling and heating loads, driving speed, and use of electric accessories. For instance, electric car enthusiasts can buy a Tesla Model S or Model X with a reported range of 480 km. That’s close to the range of FCEVs and conventional vehicles, which can go 480-640 kilometers on a single tank.

Charging a BEV takes an hour to 4 hours with a high-voltage source and over 6 hours with a typical 120-volt household outlet. Cars with DC “fast” charging take about 30 minutes. An FCEV can refuel with hydrogen in about 5 minutes.

BEVs are ideal for light-duty vehicles and are increasingly being used in delivery trucks and buses. The issue with using batteries to power larger, longer-range vehicles is that greater battery mass is required. To maintain the same performance, the car requires a larger motor, stronger suspension, and better brakes, all of which add weight, requiring larger batteries. It’s a vicious cycle that can’t be sustained when creating a huge vehicle with the range drivers expect. Fuel cells, on the other hand, can power everything from a little car to a long-distance tractor-trailer.

What happened at Nikola Motor Co., which planned to build a BEV tractor-trailer, exemplifies the capability gap. After realizing the challenges of designing such a vehicle, the truck’s designers switched to a hydrogen fuel cell. This month, Nikola One, a fuel-cell-powered tractor-trailer, was unveiled.

The majority of car customers entering the showroom will choose an FCEV as their primary mode of transportation, and due to range and recharging limits, they will consider a BEV primarily as a secondary option.

But some vehemently disagree. Among them is Tesla CEO Elon Musk, who has mocked FCEVs as “fool-cell vehicles”.

Musk stated three reasons for his stance in 2015: concerns about hydrogen safety, lack of fueling infrastructure, and non-renewability. Musk’s viewpoint may be influenced by his desire to promote Tesla’s new BEV line, a bias that harms both the public and the environment.

So, let’s analyze why Musk is wrong. First, his concerns about hydrogen are exaggerated. Whether it’s hydrogen, gasoline, diesel, natural gas, or electricity stored in a battery, all vehicle energy sources present safety concerns. Caution, codes, and standards must be applied to each.

Where Hydrogen Is a Winner

Except for specific qualities that make hydrogen safer than the gasoline with which we’ve grown familiar over the decades, hydrogen is lighter than air and evaporates rapidly. Unlike gasoline, which can build under a car and, if ignited, engulf the entire vehicle.

The final winner will be decided by consumers based on how each type of EV is promoted. Tesla certainly has a head start on promoting BEVs in a big way, but sooner or later, the long-term sustainability and scalability of the FCEV will mean it will have its day. And sooner rather than later is probably better for Mother Earth.

How Will the World Generate Enough Electric Vehicles and Batteries?