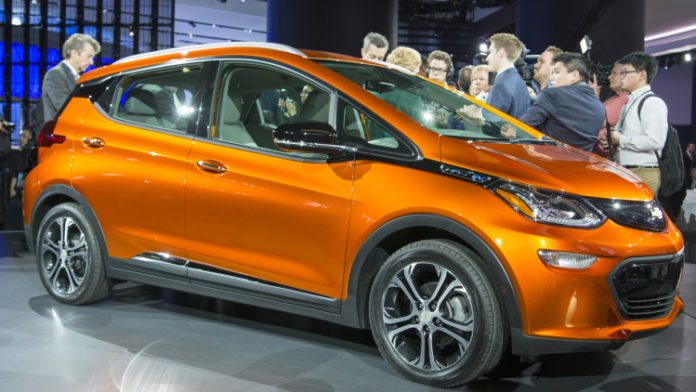 Celebrity endorsements are critical to the success of any consumer product. In the case of electric vehicles, it’s even more so because of the novelty of the experience versus the high cost of investing in an electric car. In an unusual turn of events, Apple Inc. co-founder Steve Wozniak publicly supported General Motors’ upcoming electric vehicle, the Chevy Bolt EV. 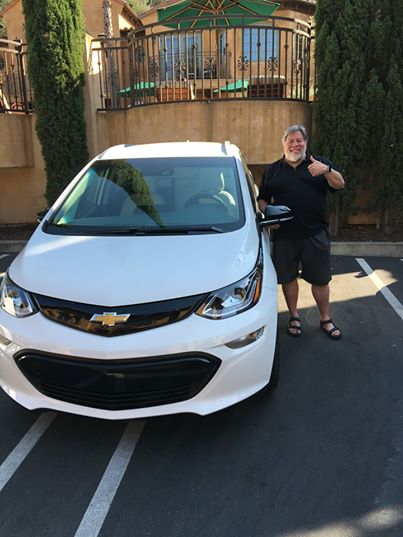 Using a verified Facebook account, Wozniak posted a photo of himself with a white Bolt that the company is said to have given him as a test vehicle. Apparently, Wozniak was so taken up with the car that he posted the photo along with the message: “I expect to be switching cars soon!”

EVs being endorsed or validated by celebs is nothing new. When the Tesla Roadster came out, actor Leonardo DiCaprio was one of the first to be seen driving one about town. The Toyota Prius plug-in hybrid was given a similar thumbs-up by Seinfeld co-creator Larry David. When the Model S was released to the public, Stephen Colbert, the late-night talk show host, was one of the first to buy one, apart from several other famous actors and businessmen.

Earlier this year General Motors shocked everyone when CEO Mary Barra unveiled the prototype Chevy Bolt for the first time. Not only was the media and everyone else surprised by the speed at which GM had executed the design and the prototype’s development, but the real stunner was the announcement of a 200-mile range – something that no other company other than Tesla has achieved till date. Even the BMW i3 hybrid 2017 variant doesn’t come anywhere near as close with its 114-mile range extender pack. Tesla, in fact, has a range extender option on the Model S that takes it up to a whopping 315 miles. 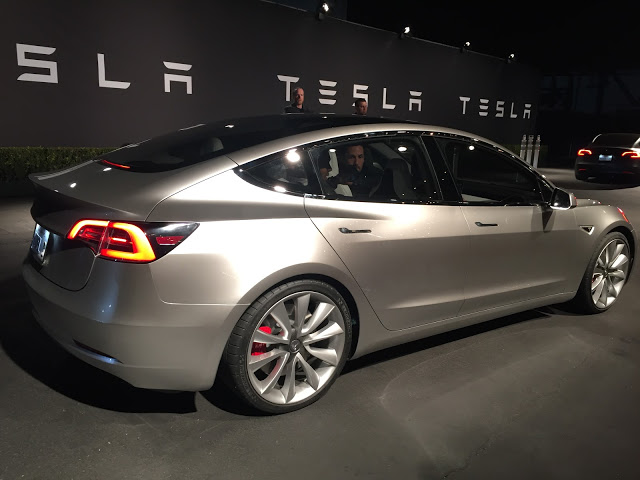 Tesla’s Model 3 will be launching next year with a price tag of $35,000, but may be losing money in the process. On the other hand, GM has synergies that it can exploit in terms of body-making and other parts that could make their way into the Chevy Bolt. That might be the very thing that allows them to offer the Bolt at an even more attractive $30,000 – a full $5,000 less than the Model 3, but includes a tax credit of $7,500 that GM is already discounting from the full retail price of $37,500. That’s a little misleading because the Tesla Model 3 tag is without any incentives included. With incentives the Model 3 could actually be lower than $30,000.

Nevertheless, Wozniak apparently won’t want for the Model 3, but might even be trading in his Model S to go in for a brand new Bolt when it does come out later this year.

This validation from Apple’s co-founder is a significant one for General Motors, which, so far, has been lagging behind several other players like Nissan in the EV space. The celebrity fillip they have now received may well set the tone for strong sales when the car is available for orders.

It’s an important development because, unlike Tesla’s investors who don’t mind the company losing money as long as they keep growing and expanding their sales, GM’s investors are extremely tight-fisted. Even though the company performed unusually well in terms of car sales during the first few months of this year, the needle on GM stock prices barely moved. So it’s clear that their investors aren’t as forgiving as Tesla’s, which makes it even more critical that the Bolt not only be released per schedule, but also perform well in terms of sales.

There’s a lot of pressure on GM for the Bolt to do well, and if they manage to pull it off, it could be the kind of advantage that nearly every carmaker in the world is looking to gain over its competitors – most importantly, over Tesla.