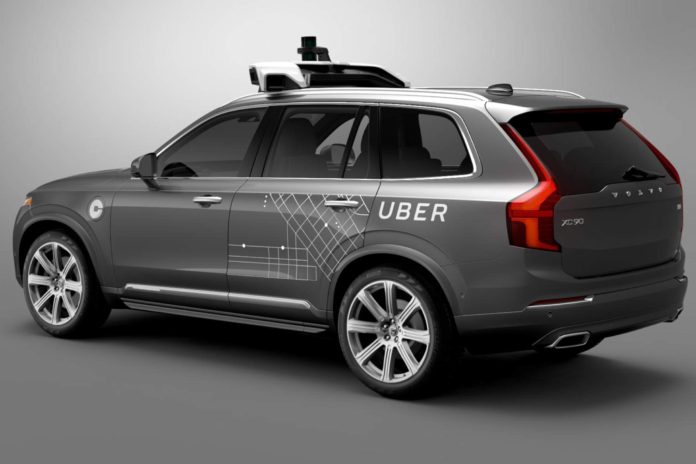 When Uber first announced that it was going to unleash a fleet of 100 driverless Volvos into the streets of Pittsburgh, people were excited. Not only did it mean self-driving vehicles were here today and not ten years from now, but it also meant a gigantic leap for the car-hailing app company.

But the road has been a little bumpy for Uber because human drivers are now worries that their livelihood will soon be replaced by a dozen cameras and sensors that make up the self-driving system on the brand new Volvo XC 90s that Uber is testing its tech on.

Of course, right now the driverless car comes with a safety driver and an engineer, so preferred customers truly get the royal treatment when they hail an UberX. And CEO Travis Kalanick didn’t exactly rub them the right way when he said:

“And when those bad boys are made, look, the way to think about it, the magic of self-driving vehicles, is that the reason Uber expensive is because you’re not just paying for the car, you’re paying for the other dude in the car. And so, when there’s no other dude in the car the cost of taking an Uber anywhere becomes cheaper than owning a vehicle … And of course that means safer rides, that means more environmentally friendly, that means a lot of things. Look, this is the way the world is going. The world isn’t always great.”

Not the best way to ease the minds of thousands of your partners who made your company possible. So in a Tweet a little while later, this is what Kalanick said:

But when he said that a year ago, nobody knew that plans were afoot to bring self-driving cars on to the roads a little more than a year later. So the root cause of those drivers’ fears are immediate rather than 20 years away.

The reality of it is, self-driving cars are still not here yet. Even the UberX Volvos aren’t really self-driven in that they still need babysitters to make sure nothing goes wrong. Fully autonomous cars aren’t legal on the roads just yet because 100% reliable systems are still a long way off. What Kalanick wanted to do was monetize the technology as soon as possible so it would speed up the process by forcing other companies to move faster than they have over the past few years.

Google, Apple, IBM, Ford and a half dozen other companies – not to mention Tesla – are in this race to be the first one to officially announce a fully autonomous car that can drive on its own without any kind of human input. That’s what Kalanick was referring to when he said “multi-decade transition.” What he failed to say was that “we’re going to keep testing it in the meantime.”

For now, Uber drivers can rest assured that they’re not going to be replaced next year or the year after that. Driverless technology will come, but there will be several signs before it finally hits us. You can bet on that because all of these major tech companies are desperate to make the headlines when that breakthrough comes.