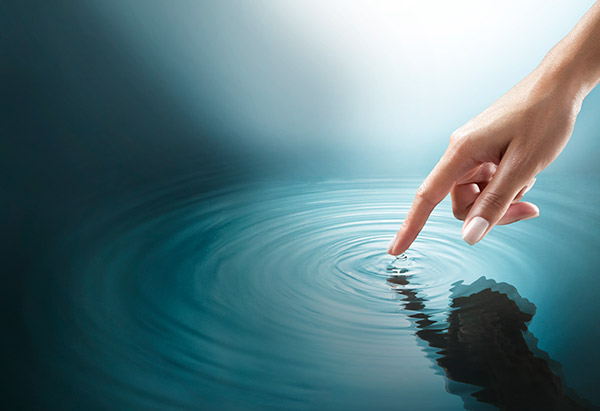 Why is that significant? It is, if you consider that the simpler thing to do would have been to give the MacBook a touchscreen, wouldn’t it? I mean think about it. Where are you looking when you use any laptop – the screen or the keyboard? It interrupts the flow when you have to switch from looking at the screen to searching for the right emoji on the keyboard on the Touch Bar, right?

So why didn’t Apple just make a touchscreen version of the popular MacBook? Matt Rosoff at Business Insider thinks it’s just stubbornness on Apple’s part to not do something as easy as that. And he’s got a point.

And it’s not just Ive, either. Phil Schiller, head of marketing at Apple, said this:

“What we wanted to do was bring all this advanced technology of multitouch and Retina displays down to where your hands can take advantage of them on a laptop. As far as our eye can see, there will still be a place for this basic laptop architecture…you can’t try to turn MacOS into an iPhone.”

Well, as far as my eye can see, I can see that their eye isn’t looking as far ahead as it should. And that’s why I think Microsoft is going to eat them alive in this category.

Microsoft had its own event this week, as I’m sure you’re aware, where they unveiled their first ever desktop model – the Surface Studio PC, as well as a new version of Surface Book. Both these products have touch capability, and not just finger touch – it supports Pen input as well.

What really grabbed my attention is the way objects on the screen can be manipulated easily with touch. It took literally half a second to move from active document view to multiple document view on the Surface Studio – pinch in and you’re done. To do that on the keyboard requires at least 2 mouse movements and 2 clicks.

So why is Apple stuck with its non-touch laptops and iMacs when Microsoft is moving so far ahead? It can’t be just stubbornness as Business Insider claimed, so what is it?

After a long hard dig at the problem, I’ve come to the conclusion that it’s because of their divergent operating systems. Apple doesn’t have the kind of desktop or laptop operating system (macOS) that supports touch interface. I’ll agree that iOS does the job perfectly well, but a pure-play tablet is as much as it can handle.

On the other hand, Microsoft went at it early with Windows 8, which allowed device makers like Dell, HP and Asus to create desktops with touch interface. From that, they moved on to laptops with detachable screens that could be used as tablets. That’s where the hybrid concept came from.

But it all started with the operating system. Apple, unfortunately, has gone too far down the rabbit hole to back up and create a new operating system that will support multiple types of devices and device inputs. And that’s where Microsoft deftly outmaneuvered the iPhone maker and is now sitting on a goldmine of touch-capable products in nearly every category. Of course, they haven’t released the Surface Phone yet, but it’s just a matter of time.

Can Apple provide touch interface on Macs and iMacs? Yes, absolutely. However, it will take years for Apple to now sit down and design an architecture for an operating system that will provide a superior touch experience on mobile and non-mobile devices. There’s just too much work involved. They could piggyback on existing technologies, but then that would be “beneath them” and pretty much all but destroy the exclusivity they’ve built around their products.

Of course, this is a ‘dumbed down’ version of the real problem, but that’s the gist of it. And that’s why Apple has left its Macs to rot on the tree, as it were.

On the other hand, Microsoft has swiftly moved in from behind to take advantage of Windows 8. They found what worked and what didn’t (and a lot of it didn’t), and then proceeded to create Windows 10. They are now two OSes ahead of Apple when it comes to touch capability – two and a half if you count Windows 8.1 as well.

What’s really embarrassing for Apple now is that Tim Cook, when asked in 2012 about whether Apple had any plans similar to the touch capability of Windows 8, said this:

“You can converge a toaster and a refrigerator, but you know those things are not going to be probably be pleasing to the user.”

But what if customers wanted their refrigerators to give them hot toast every morning – buttered and ready to go?

In a way I can see that stubbornness might be played its role in this divergence of technologies between the two companies. But does that justify throwing away billions of dollars in lost opportunities?

I mean, it’s not like Apple doesn’t want to create a laptop/tablet hybrid, right? Why else would they design a Smart Keyboard for the iPad?

So they obviously want it, but they don’t want to accept the fact that it will set them back several years if they decide to create a MacBook Pro or an iMac with touch capability.

To me that’s paralysis due to fear, not necessarily stubbornness.

What do you think? I’d love to have your thoughts on this, so please feel free to comment in the section below.