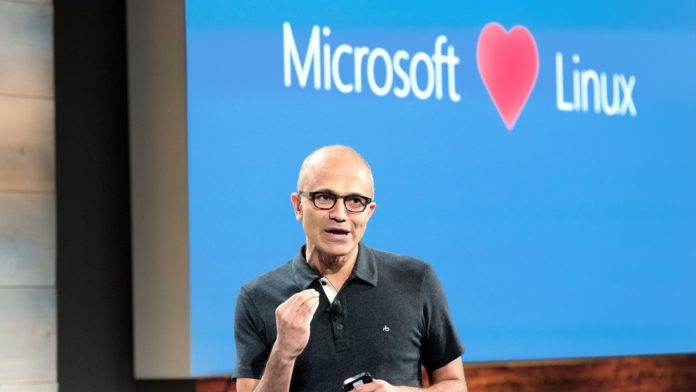 We’ve known for quite a while that Microsoft has gradually been embracing the concept of open source, but the company made a bold and official statement earlier today by becoming a Platinum Member of the Linux Foundation, committing half a million dollars each year towards advancing open source technologies.

So what’s the big deal? Well, the big deal is that Microsoft possibly represents the biggest of what’s left of an era of proprietary licensed software that is slowly moving towards open source territory. All the major companies are making the shift to open source, including classic stiff-collared ones like IBM, which is now championing the cause of open source projects through platforms like developerWorks Open and even Bluemix, which is an implementation of IBM’s Open Cloud Architecture. IBM has actually been doing it for nearly twenty years, but not Microsoft.

In fact, Microsoft’s former CEO Steve Ballmer was vocally anti-open-source. In an interview with a reporter from the Chicago Sun-Times on June 1, 2001, he said:

“Linux is a cancer that attaches itself, in an intellectual proper sense, to everything it touches. “

15 years later, the corporation, now headed by the forward-thinking Satya Nadella, has joined the very organization that his predecessor so openly criticized – to put it mildly. But will this move come as a shock to the open source community at large, and to Linux devotees in particular, as some seem to think? Not really.

Microsoft isn’t doing something entirely new. In the past, they’ve sponsored Linuxcon, and have made a consistent effort to embrace the open source developer community. Their Universal Windows Platform’s Windows Bridge for iOS, for example, is an open source project that allows iOS developers to bring their Xcode projects to Visual Studio using the vsimporter tool so they can develop cross-platform applications on the UWP. Their acquisition of Xamarin is another major move they’ve made in this direction, because Xamarin itself has been built around the open source community.

So, Microsoft’s induction into the hallowed corridors of the Linux Foundation is a natural next step in the company’s evolution – an evolution that is taking Microsoft deep into the heart of open source. At least, that’s the way we see it here at 1redDrop.com