The cloud industry and Amazon have captured our attention so completely, that every time there is breaking news about cloud or an earnings release, or there is a new product launch or a big client signup, or if Amazon makes a mistake, there is a torrent of articles talking about how Amazon is slowing down on the IaaS front. More often it’s about how Microsoft and Google are catching up to the cloud infrastructure leader.

I guess it started when Oracle’s Larry Ellison announced publicly that Amazon’s lead is over. While that now looks more like an act of bravado intended to grab media attention, there appears to be no valid argument in favor of Oracle actually being able to topple Amazon in the IaaS segment – or even come anywhere close, for that matter.

Oracle does have a solid and growing presence in the SaaS segment, but the company’s IaaS segment’s revenue of $178 million – a YoY growth of 2% during the most recent quarter – pales in comparison to Amazon’s $3.536 billion with a healthy YoY growth of 47%.

It looks as if Amazon has become a favorite punching bag for business leaders and analysts alike, and it’s quite possible that the size, scale and growth of AWS could have attracted unwanted attention. The truth is, Oracle needs years – possibly even a decade – of strong and sustained growth if it wants to get anywhere near what AWS is making today.

Catching up with Amazon on the IaaS front is a near impossibility over the next few years, and here is a list of reasons why:

First of all, Amazon is the current leader of the cloud infrastructure segment with nearly half the market under their control. 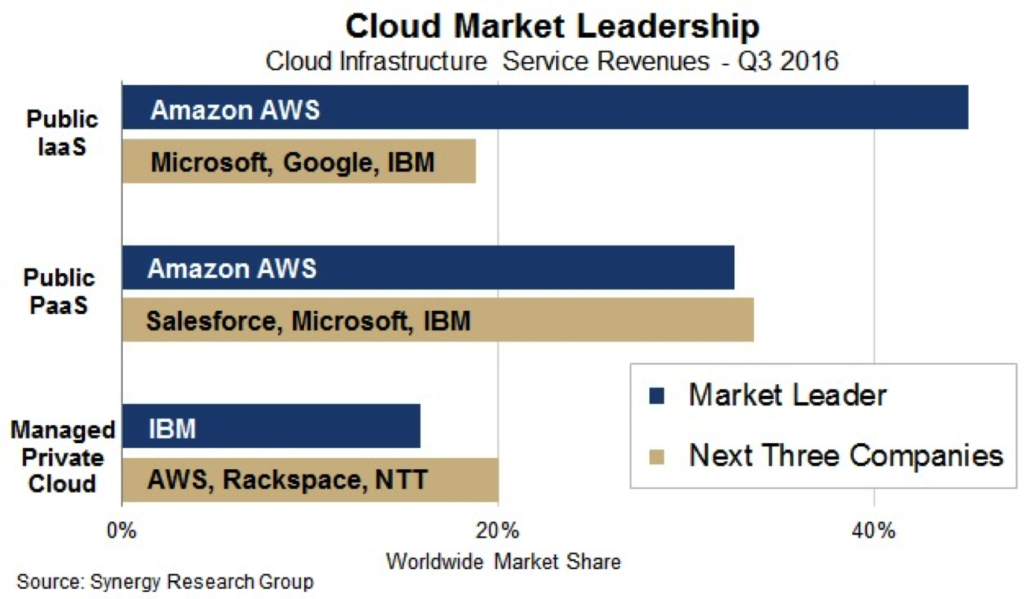 Second, during the most recent quarter Amazon reported $3.536 billion in cloud revenues, growth of 47% compared to the year-ago quarter. Despite its size, Amazon is still growing – and growing fast.

And, finally, in 2016, AWS made $12.219 billion. Since Amazon makes almost all of its money from the IaaS segment, let’s use this number to calculate where they will be in 2018. Amazon Web Services revenue growth has been slowly coming down over the years, and they registered 55% growth during 2016. 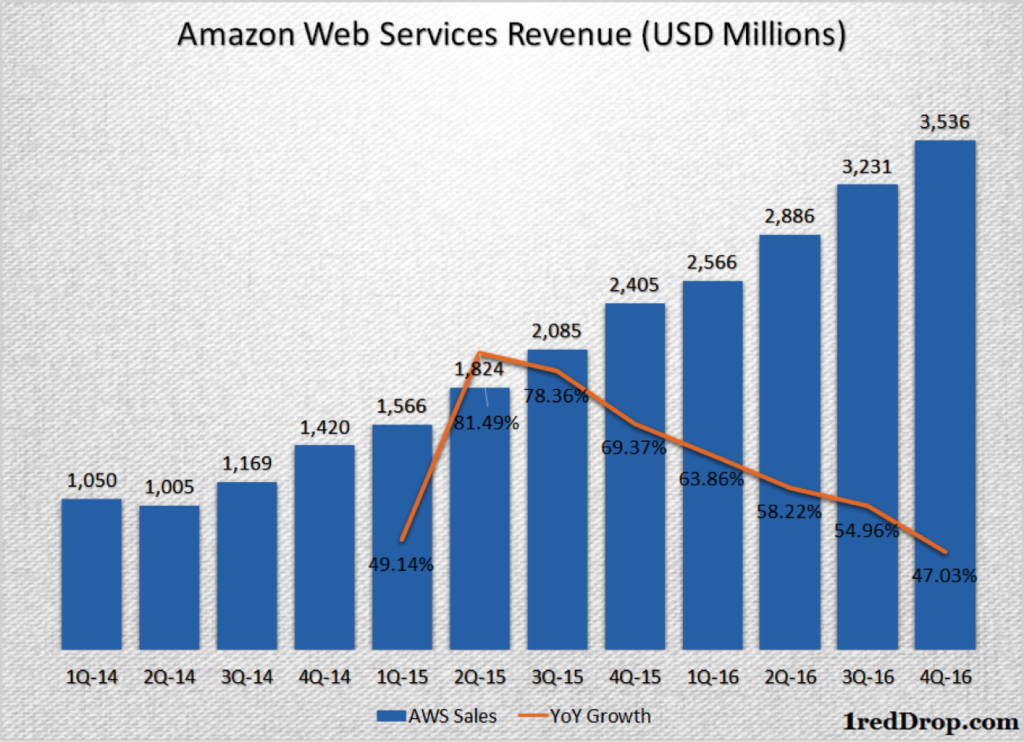 Microsoft is targeting $20 billion in cloud revenues by 2018, which includes their roaring sales from Office 365 and other SaaS products. We don’t even know how much Google is making now, but will they be able to report $20 billion in annual sales from their IaaS offerings by then – or even by 2020, for that matter? Oracle made $525 million from IaaS in the first three quarters of this year and they are going need few more quarters to hit even the one-billion-dollar annual run rate.

With those four reasons staring us in the face, what are the odds of any other competitor getting close to the 20-billion-dollar-a-year mark from cloud infrastructure in the next two years?

So, the next time you read how Microsoft, Google or Oracle are catching up with Amazon, just give them a cryptic smile and say “yeah, right.”