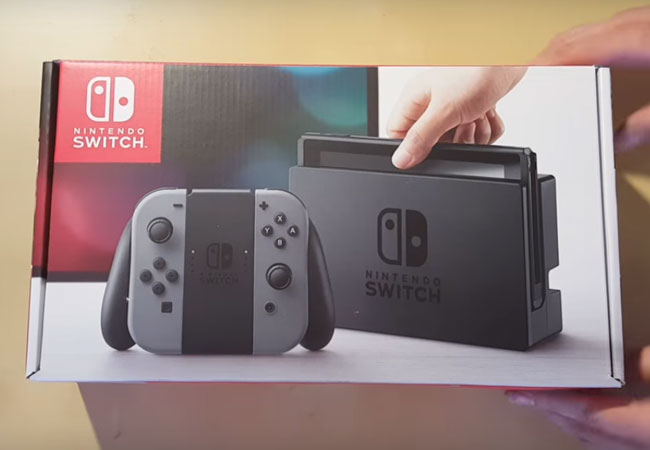 A new report from Persistent Market Research hints at the fact that the Nintendo Switch hybrid gaming console has a long runway ahead of it, in terms of sales growth opportunity. We’ve already seen the gaming console hit 2.74 million units in sales since its launch, which beats the entire first year sales of Nintendo Wii U and comes very close to the first month sales of the much more popular Nintendo Wii.

Nintendo Switch is definitely showing strong sales momentum, and availability issues are currently being addressed by the company in the form of doubling its production to 16 million units this year. Although Nintendo shares took a hit after the company issued an annual profit target that was below analysts’ expectations, it does indicate that the company will be allocating a significant budget to market the Nintendo Switch.

The biggest takeaway from Persistent’s report is that virtual reality (VR) and augmented reality (AR) will drive things on the mobile gaming front. On the handheld gaming side, the Nintendo Switch is undeniably the most popular product on the market right now, which means, if Nintendo plays this right and gets its production act together, it could potentially ride a decade-long period of high demand and strong sales.

The forecast for Nintendo Switch sales for the next one year is an additional 10 million units, but even though Nintendo calls the Nintendo Switch “the fastest selling console” it has ever launched, the question remains as to whether it can beat Nintendo Wii on the sales front. The Wii sold 5.84 million units over the first two quarters since its launch, so that will be the benchmark for Nintendo Switch moving forward. Full-year sales of Wii came in at 13.17 million units – a tough number for the Switch to reach for, despite strong early sales.

In part, as a result of the launch in early March, Nintendo has posted an operating profit of $1.6 billion for the last quarter on the back of $6.7 billion in sales. But, as observed, their profit estimate for the full fiscal is going to take a hit because of marketing expenses for Nintendo Switch.

That’s actually a wise move, along the lines of the way Amazon thinks. By spending more on customer acquisition and customer retention the way Amazon does with Amazon Prime, Nintendo can maximize the free cash flow that Nintendo Switch and the upcoming Nintendo Mini SNES Classic Edition sales will generate, while sacrificing margins in the short-term.