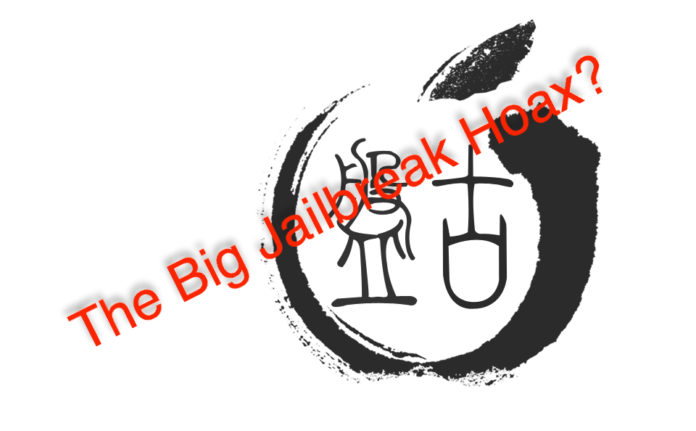 We suspected this would happen, and it looks like I don’t have to eat my hat after all! It’s been two days since Apple released iOS 10.3.2 to the public, and there’s no sign of Pangu or its promised iOS 10.3.1 jailbreak on the horizon. There is now absolutely no reason for Pangu to delay releasing a JB tool, but there is absolutely no news about them anywhere. As of today, the Pangu iOS 10.3.1 has been one of the biggest lies in jailbreak history, and an incident that solely serves Apple’s interests.

Apple was keen on everyone moving to iOS 10.3.1 because of a major WiFi vulnerability that it patched from the iOS 10.3 release, which brought in some major security and optimization features. The vulnerability in question was discovered by a Google security researcher:

Inadvertently, Apple got a significant portion of eligible iOS users from iPhone 5 and up to move to iOS 10.3.1. But that wasn’t enough. They piled on even more security updates across dozens of categories and have pushed that out as iOS 10.3.2.

How does Pangu fit into all this?

One possibility is that Pangu was somehow “incentivized” to publicize a jailbreak that never really existed, just so even more eligible users would move their devices to iOS 10.3.1. Some unknowing users might have even given up their iOS 9 or iOS 10.2 jailbreaks without having saved their blobs, trusting that Pangu will really release one for iOS 10.3.1.

So, once Apple stopped signing iOS 10.3, unless users had saved their blobs, there would be no way to downgrade back to that version. Since there is no iOS 10.3 jailbreak, Apple secured that segment of its iOS ecosystem.

That said, we have no way of knowing what’s going on behind the scenes. We do know that Pangu is already a part of Apple’s bug bounty program, and they’ve probably made good money by now.

One big question that lingers is this: why would Pangu entice users to upgrade to iOS 10.3.1 if they didn’t have a jailbreak for it in the first place? And that’s what leads us to suspect Apple’s hand in all this. Pangu doesn’t get anything by launching a hoax campaign, but Apple definitely stands to gain because it can effectively secure its iOS ecosystem by using such a ruse.

Did any money change hands? We don’t know, obviously.

Is it possible? Most definitely, since they already have a monetary relationship as part of the bug bounty program.

Now that we have a plausible explanation for why Pangu might have pulled off this elaborate hoax – making a video and pretending to be on the verge of releasing an iOS 10.3.1 jailbreak – the next question is: what does Apple have to gain?

One of Apple’s pain points over the past few years is that it has been losing its shine on the security front. Multiple hacks on iCloud, a ton of vulnerabilities that get regularly reported and have to be patched, a bloated App Store with more than a few crappy apps, devices being hacked on a regular basis – all of this is bad PR for Apple.

At one time, Apple’s devices were considered among the most secure, because Microsoft’s ecosystem and even Google’s Android were far more susceptible to being compromised. While iOS and macOS are still very secure operating systems, jailbreakers have made a hobby of poking holes and finding ways to compromise devices through privilege escalation.

Apple cannot stop jailbreakers from finding even more vulnerabilities, but it can effectively close the door a little bit more with each new version of iOS. So, Apple has every reason to want to stifle the jailbreak community.

Seen from another viewpoint, jailbreakers actually help Apple plug security holes at a faster rate than otherwise possible. If they don’t work with security researchers, it would require a very, very expensive team of tens of thousands of security experts to keep things secure.

And even then, it won’t and can’t be 100% secure. So, by sidling up to jailbreakers and hackers, Apple is actually working alongside the “bad guys” to make its iOS ecosystem more secure. That’s something they definitively decide to do last year, when they announced the bug bounty program at Black Hat 2016.

Therefore, there is every reason for us to believe that the supposed iOS 10.3.1 jailbreak was a massive hoax. It’s purpose is only known to Apple, but its results are very clear – the majority of iPhone, iPad and iPod Touch 6th Gen users are now on iOS 10.3 and above, without a jailbreak in sight.

The only thorn in Apple’s side, for now, is the iOS 9 user base, which still makes up about 16% of all Apple iOS users. Earlier versions are at 5% of total install base, but I don’t think Apple is worried about that group of users at this point.

Yet another pain point is the Yalu102 jailbreak for iOS 10.2, which appears to be the best option for jailbreaking an iOS 10 device, but only if you saved your blobs for that version while Apple was signing it, which they quickly stopped a week after iOS 10.2.1 was released.

What does it imply for the future of jailbreaking?

As it stands, there are relatively few iOS 10 devices that are jailbroken – on the Yalu102 that was updated to support all 64-bit devices from iPhone 5s and up.

Of course, Yalu102 does not support iPhone 7, which is exactly why people were so enthusiastic about the Pangu iOS 10.3.1 jailbreak – because it promised support for iPhone 7 and iPhone 7 Plus.

But we’re not losing hope for the future.

So what if Luca Todesco has openly given up jailbreaking? So what if Pangu has turned traitor and left us all in the lurch? Apple’s software is nowhere near unbreakable, as the recent barrage of security patches shows.

At some point, we believe that a new name will pop up out of the blue with a real jailbreak to offer the hungry jailbreak community – possibly not an untethered one, but at least a working jailbreak for future iOS versions.

The important thing now is to keep saving your blobs as Apple releases each new iOS version. It doesn’t matter whether or not there’s a jailbreak being promised for that version. What’s important is that you save the blobs, in the hope that a jailbreak will eventually come. That’s an excellent practice that a lot of jailbreak enthusiasts don’t actually follow.

Who knows, maybe we’ll even get one that supports iPhone 7 or even iPhone 8 in the future.